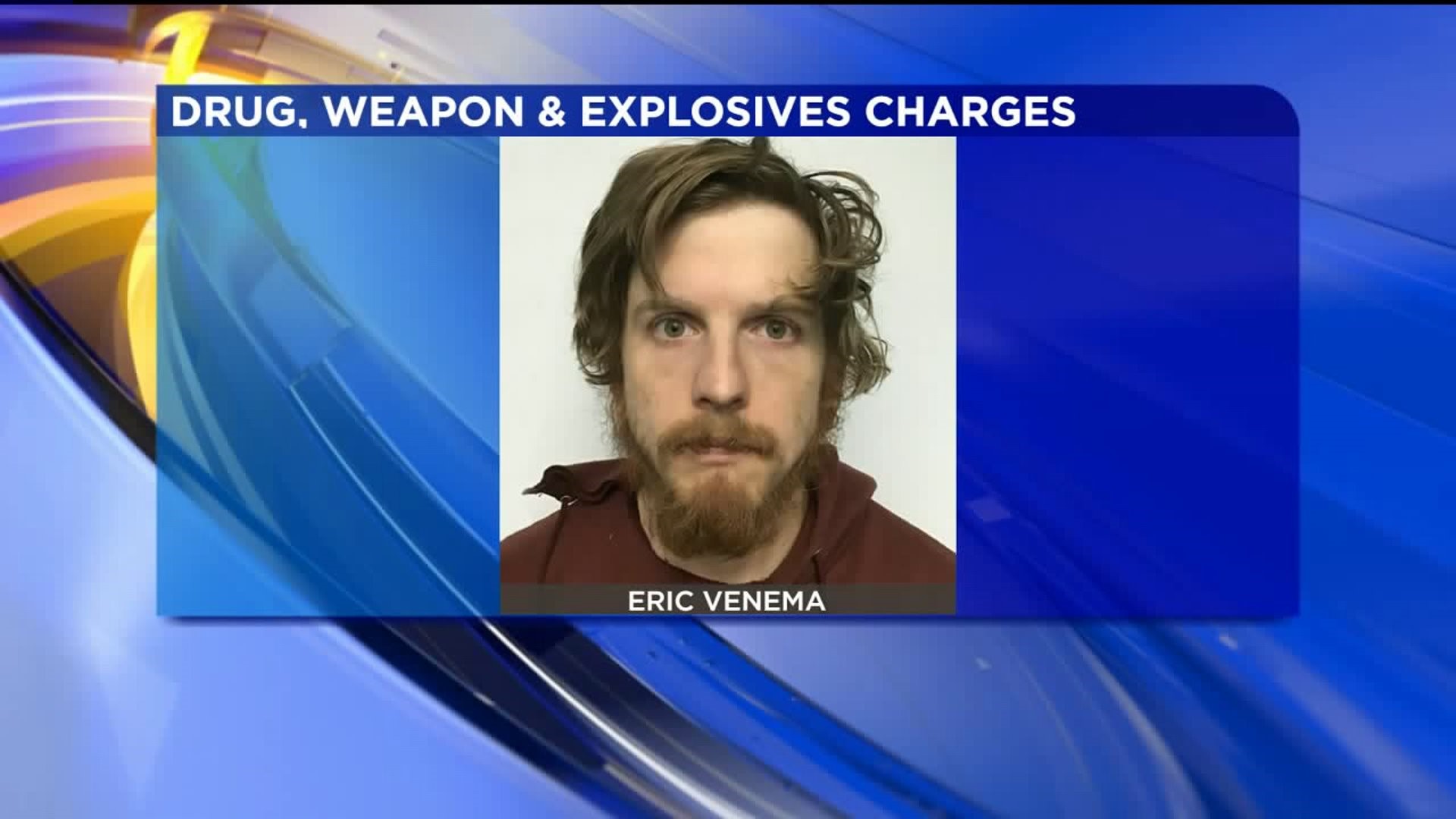 MILTON, Pa.  -- A man is locked up on felony charges in Northumberland County, accused of making homemade bombs.

Milton police found Venema parked the borough`s municipal parking lot after someone reported a man was shooting heroin inside a vehicle on Thursday afternoon.

Court papers show a police search of Venema and his car turned up an assault rifle and ammunition along with heroin.

Police say those devices were filled with black powder and nails.

Venema was charged with several felonies, including making weapons of mass destruction.

“That`s a scary thing to know that`s around here, yeah, I mean it`s an off-putting thing,” said Luke Zeigler from Lewisburg, who was parked in that lot to use the Milton YMCA, which sits in front of the lot.

“It`s a little scary, especially knowing that I would have parked in here at some point in the afternoon,” said Chris Dancy from New Columbia. He was at the Y to pick up his younger brother.

At Venema`s home in Hughesville, his neighbors say they don`t know him well but they are concerned by the charges against him.

“Well obviously, yeah, sure,” said neighbor Tom Brokaw. “We live right next door, we have the garage out back and cars, a car and that type of thing, so yeah of course.”

According to court papers, Venema told police that he partially built five devices here in Hughesville then finished assembling them outside Picture Rocks.

Court papers show Venema told officers he detonated two of the devices to blow up pumpkins and wooden boxes and put the remaining three into the vehicle.

Anna Cassano works at Outer Image Salon across from the parking lot in Milton.

“I mean, we`re right here, anything could happen to us, to our clients,” said Cassano. “To any of the kids, they have a daycare across the street at the YMCA.”

Eric Venema is being held in Northumberland County on $250,000 bail.

He is scheduled to be in court on December 12th for a preliminary hearing.