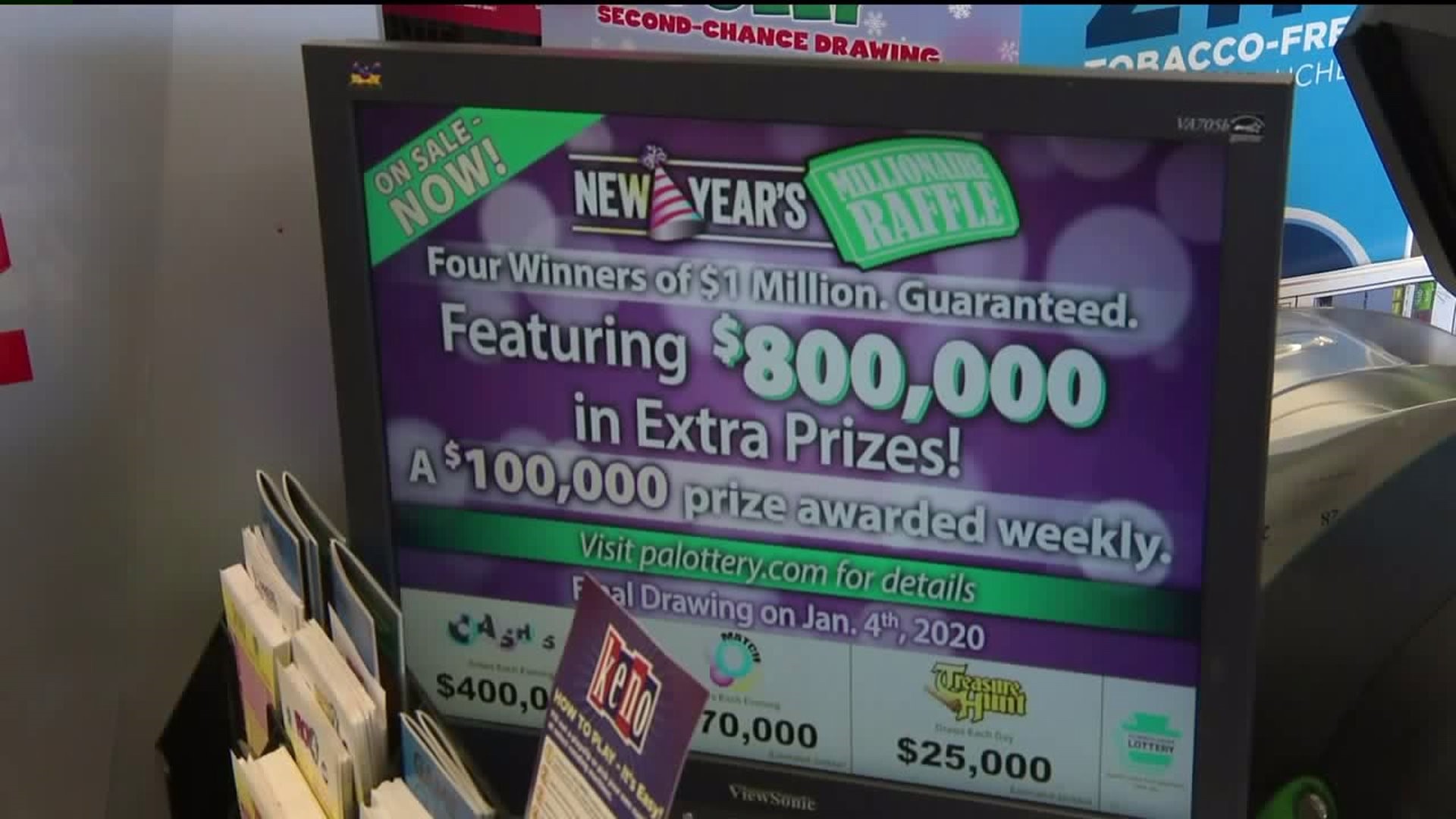 The father and son were at Turkey Hill on Mahoning Street in Milton as Junior was presented with a $20,000 check from the lottery.

"I had $4 left, I bought two of the Christmas tickets. I scratched the bottom of it to scan it because normally it's a $2 winner or a free ticket, and it said congratulations $20,000," Thomas Powell Jr. said.

"I said, 'Tommy, are you sure?' Because I just couldn't believe that he would get a $20,000 top prize on a $2 ticket when eight years ago almost to the day I hit $5 million in the same store on a Christmas ticket," Powell Sr. said.

That's right, almost eight years ago to the day, Tom Powell Sr. was a big winner in the same store.

The duo's luck hasn't even run out. Tom Sr. is cashing in another winning ticket.

It gets better. Tom Powell Sr. won an additional $90 from those Christmas scratch off tickets. The father-son duo says they plan to share the wealth and use some of the money to be Secret Santas.