COAL TOWNSHIP, Pa. — The high school basketball season is officially over for all the schools in northeastern and central PA. Our area’s last chance... 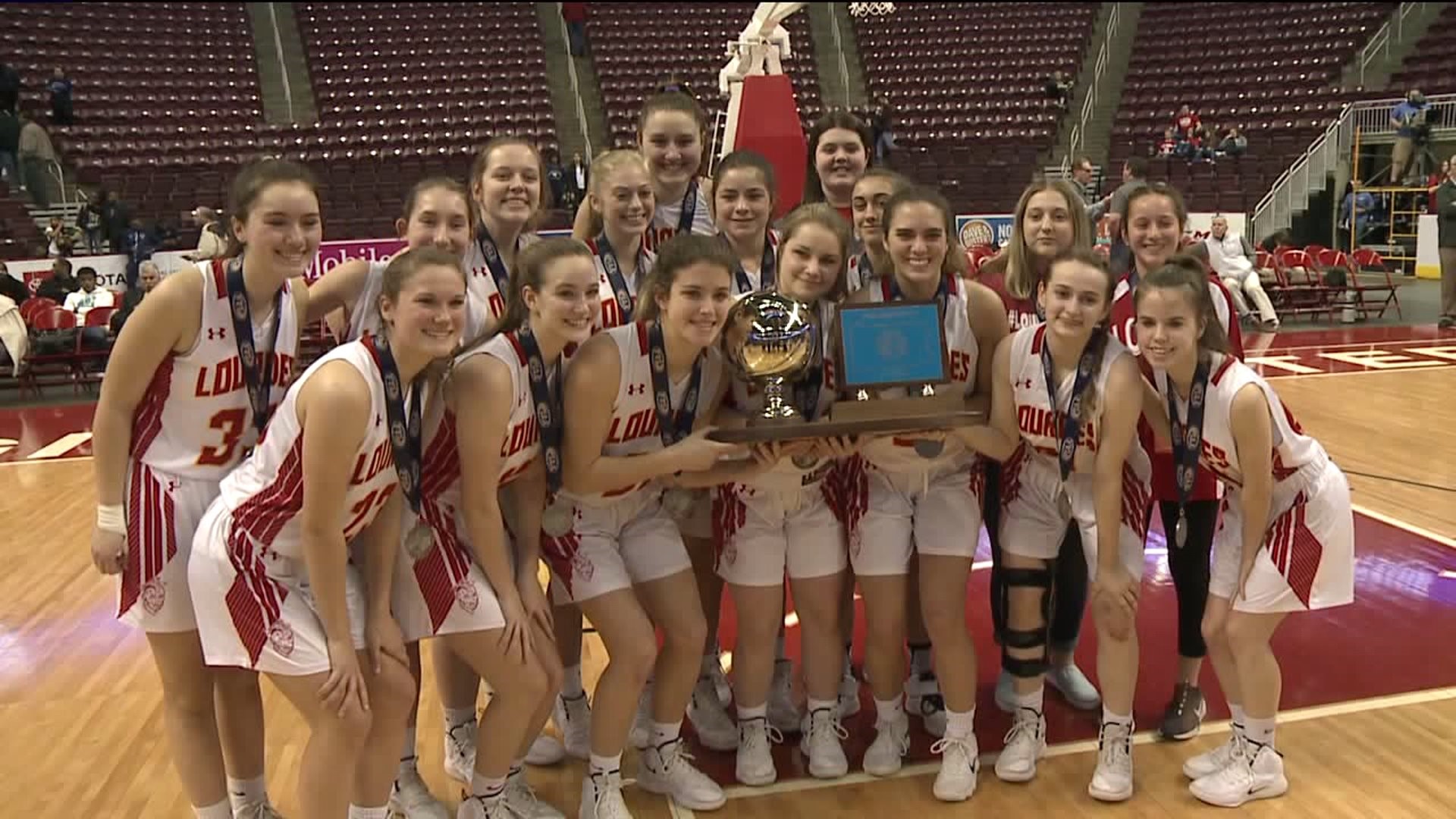 COAL TOWNSHIP, Pa. -- The high school basketball season is officially over for all the schools in northeastern and central PA.

Our area's last chance to bring home a state championship rested with the Lady Raiders of Lourdes Regional near Shamokin.

But Lourdes came up short in Friday's title game.

The procession of fire trucks stretched from the parking lot of Our Lady of Lourdes Regional High School down into the neighborhood surrounding it as an escort of fire trucks led the bus carrying the school's girls basketball team back home from the state championship game.

Once inside the school in Coal Township, the Lady Red Raiders got a hero`s welcome in the cafeteria as classmates and teachers chanted and applauded them for their efforts in Hershey.

“Seeing the support from everyone in the community has been absolutely incredible,” said senior Frances Czeponis.

The girls were going for the state title for the second time in just four years and despite taking the second-place trophy yet again, they say they were proud of all they accomplished.

“It's amazing,” said senior Lilyauna Bickel. “It was a huge accomplishment for us and the team, you know. It's just so many girls would just want to be there today so I'm not sad about it. We gave our all, did the most we could.”

“We gave it our all and that's the good thing and that we got there and then we tried our best, even though we lost, we still won, you know what I mean,” said senior Sierra Coleman.

The three seniors on the team were freshmen the last time Lourdes Regional went to the state finals in 2016.

“It's incredible to be able to come full circle and see us be able to get that far twice, I never could have dreamed of being able to do that,” said Czeponis.

“I started my high school career going to states and ended it the same way, you know?” said Bickel.

The Lady Raiders do have one state title under their belts.

They won that championship in 1994.