JORDAN TOWNSHIP, Pa. — For a family near Herndon, April showers brought a little more than rain to their front yard. The homeowners say lightning struck t... 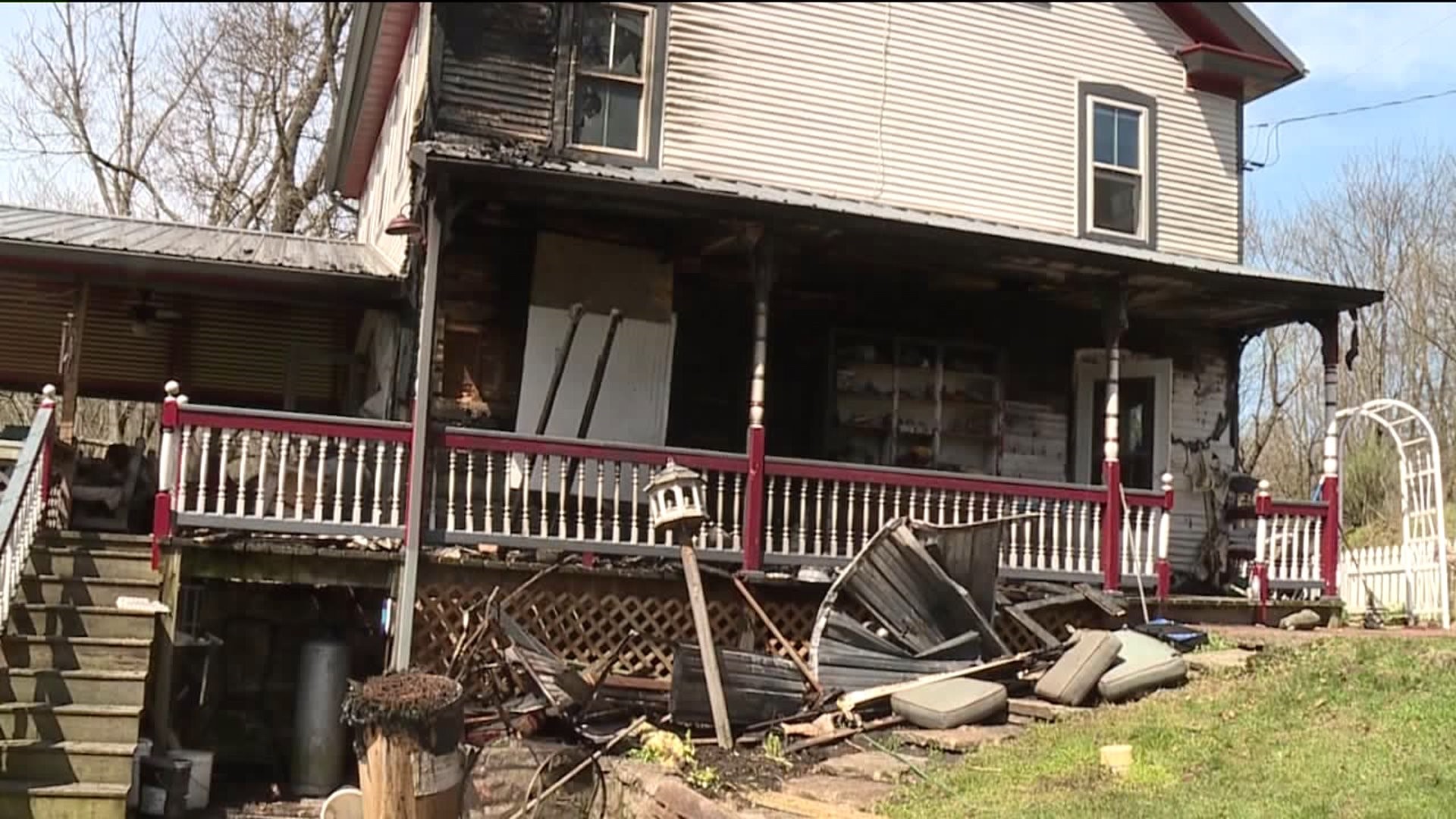 JORDAN TOWNSHIP, Pa. -- For a family near Herndon, April showers brought a little more than rain to their front yard.

The homeowners say lightning struck the place and set part of it on fire.

"I opened my eyes and seen there was a glow outside the window I looked out and saw the house was on fire and lightning must have hit it," said a homeowner.

Broken windows, blackened walls and debris - that is what is left at the home in Northumberland County.

The homeowners didn't want to go on camera but tell Newswatch 16 they were sleeping when they heard a loud noise.

"It was a loud boom and it is a surprise. We just had the house redone and siding and windows and everything and they are going to have to do it again."

The couple was able to get out safely but the damage was done. The whole first floor has smoke and water damage as well as parts of the second floor.

This family will now have to stay somewhere else.

Even though it was a rare lightning strike that damaged their home, the owners consider themselves lucky.

"Very lucky we are happy that everyone is out safe no problems, that can be rebuilt. Everybody's health is better. It could have been a lot worse."

The home is insured but the family will have to stay at a nearby hotel until repairs can be made.