Large Tree in Riverside Damaged by Insects Cut Down

RIVERSIDE, Pa. — An ash tree has stood outside Danville Assembly of God Church in Riverside for centuries. Pastor William Conrad believes it’s been ... 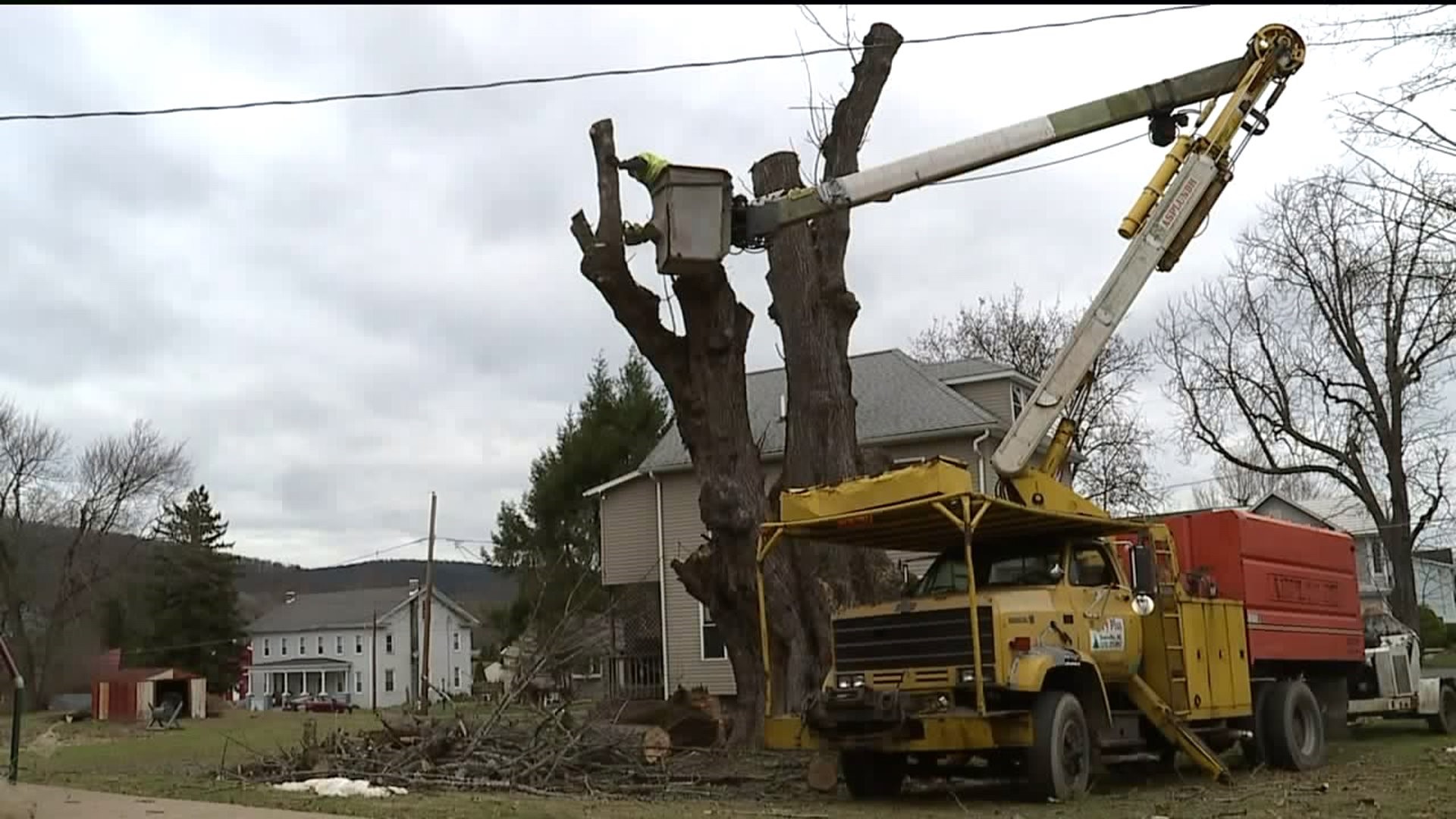 RIVERSIDE, Pa. -- An ash tree has stood outside Danville Assembly of God Church in Riverside for centuries.

Pastor William Conrad believes it's been here for more than 300 years. But now, the tree is being cut down.

"What can you do? It's dead and it's dangerous so it had to come down," Conrad said.

This tree, like many others in the area, is infested with the Emerald Ash Borer, an insect from Asia. Newswatch 16 spoke with Pastor Conrad in July when he found out he had to cut down the tree. The work costs nearly $2,000.

"We were going to start yesterday but it was way too windy. You get the wrong gust of wind and the branch goes the wrong direction and you've got problems," Justin Wysocki said.

Justin Wysocki owns Arbory Plus in Danville and is cutting down the tree. It measures nearly 21 feet around. He has a six-foot bar on his saw for that.

"The biggest part of it, the bottom there, what we have is going to be too big for a log truck. It just can't open the claw far enough to lift it," Wysocki said.

The pastor hopes to salvage parts of the tree and use some of the wood for furniture.

"I was thinking about planting another tree possibly. I'm not sure how much tree is underground, if it's feasible to plant one there or not, but I'll look into that," Conrad said.

Pastor Conrad is looking forward to counting the rings on the tree trunk to see how old the tree actually is.