COAL TOWNSHIP, Pa. — The girls’ basketball team at Our Lady of Lourdes Regional High School took some practice shots after school. They are getting ... 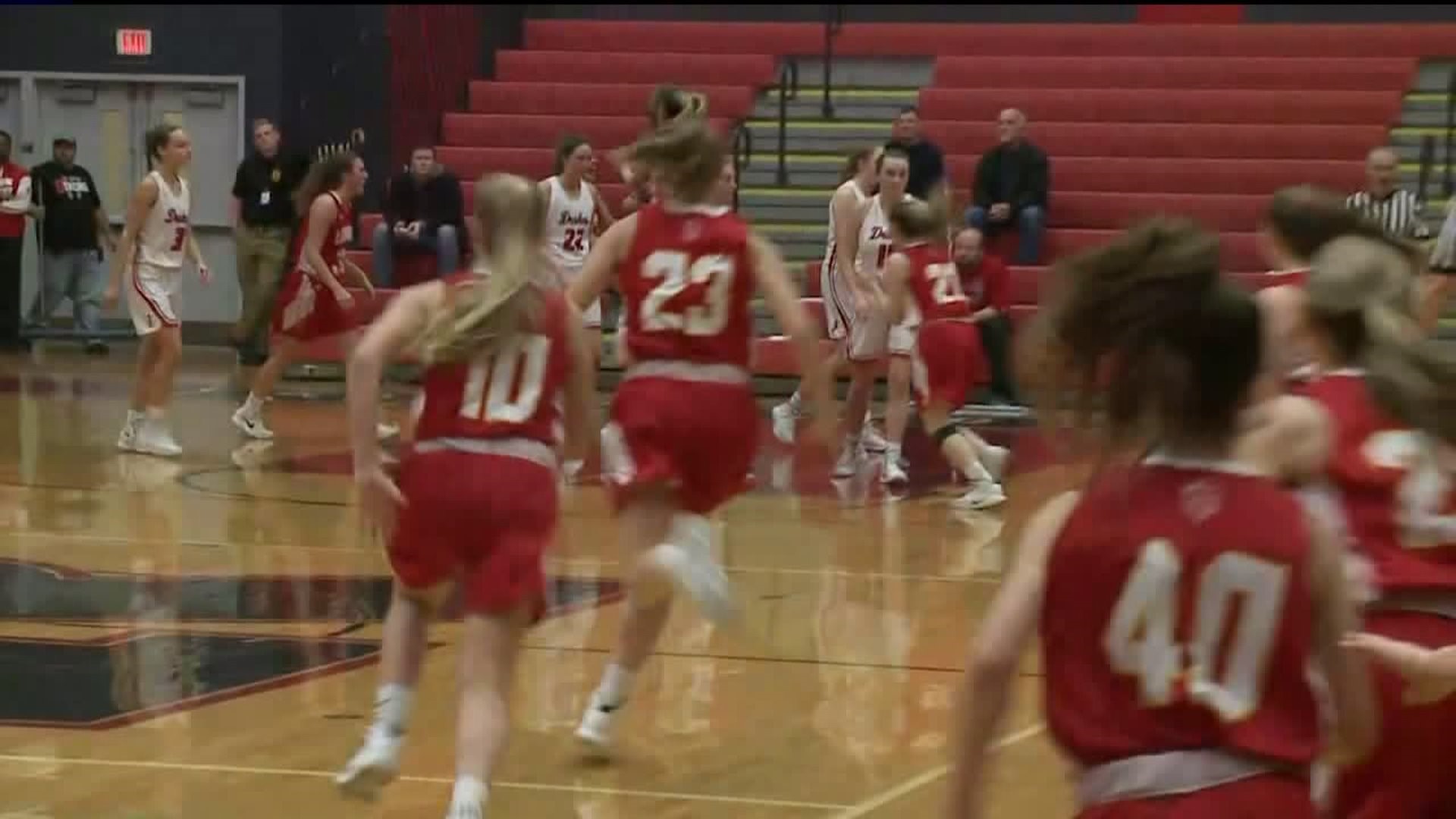 COAL TOWNSHIP, Pa. -- The girls' basketball team at Our Lady of Lourdes Regional High School took some practice shots after school. They are getting ready for the biggest game of their high school careers.

The team just defeated the defending state champions from Jenkintown 32-25 to advance to the PIAA Class A final.

"It's so exciting. It's the best feeling in the world," Frances Czeponis said.

"I can't even express it in words how excited I am," Sierra Coleman said.

"I am very excited. I am honestly speechless. I don't even know how to explain this feeling right now," Lilyauna Bickel said.

The Lady Raiders have been to the state finals three times before and won the state title in 1994. In 2016, the team's three seniors played in the state final as freshmen and lost. That's their motivation for this year.

"We already have the silver, so let's get the next level, the gold," Coleman said.

The seniors tell Newswatch 16 they cannot think of a better way to end their season than adding another banner to the school's gymnasium.

"Every time we sit for church or sit for an assembly, we see the boards that have the past state championships. We just think that could be us. We have another opportunity," Czeponis said.

That opportunity comes against Berlin Brothersvalley from the Johnstown area.

"I tell the girls somebody's gotta win. Somebody will win five games in a row. Why not us?" Klembara asked.

The state championship game is this Friday at noon in Hershey.