Knoebels Closed Again Due to Flooding 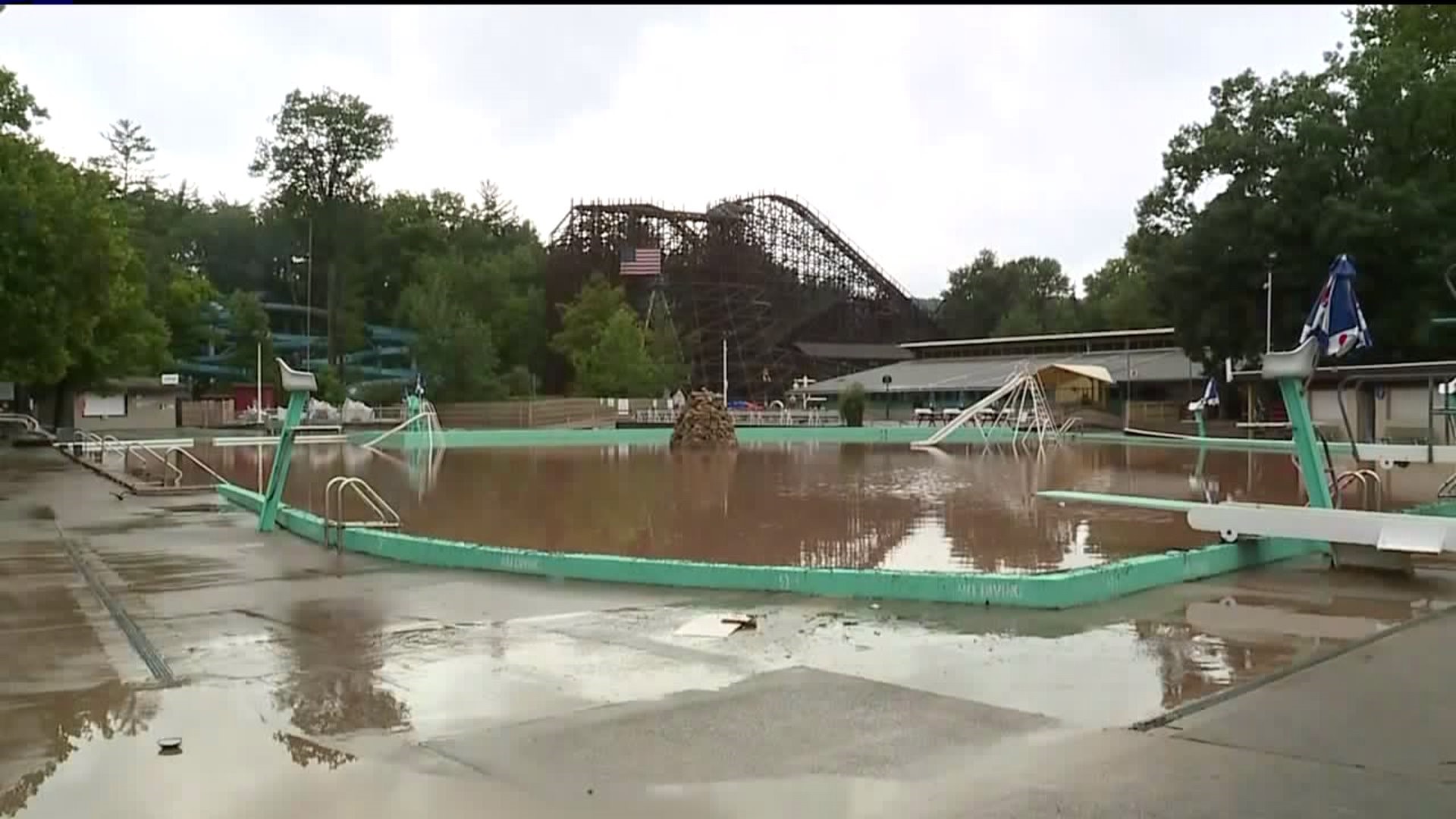 While Knoebels employees say the water levels aren't as high as 2011, the flooding is still significant.

The park closed Wednesday, and employees are not sure when it will reopen.

The name Roaring Creek is appropriate for the creek that runs through Knoebels. Early Wednesday, the creek overflowed and flooded parts of the park.

Employees got the call around 3:45 a.m. that Knoebels was flooding. Around 150 employees are at the park cleaning and getting it ready to reopen.

"We trekked through three feet of water this morning going to different food stands to get things to a higher level, ticket booths, all of our credit card machines, our backup battery systems for all of our computers in the park," Brian Knoebel said.

The crew broke up into teams and just started working. Flood preparation mode started Monday. Employees tell Newswatch 16 this is the most prepared they've ever been for a flood.

"We did a lot of preventative things on Monday to help out, to alleviate a lot of damage which was very proactive by a lot of team members," said ride mechanic Jim Cecco.

"Everybody sort of knows electricians go here, ride mechanics go there, the grounds crew goes there. Everybody works together and knows what to do to make cleanup as quick and easy as possible," Cecco said.

"Rather than inspect your rides, or whatever is on your to-do list, it's time to get things to higher ground," Knoebel said.

Much of the water has receded, but it's still high in some places, and there's a lot of work to do at Knoebels Amusement Resort. Employees tell Newswatch 16 that as of now, there does not appear to be any major damage.

"Little by little, we just started in one section. Nobody works by themselves. It's a team. We'll get there, one day at a time. Rome wasn't built in a day," Knoebel added. 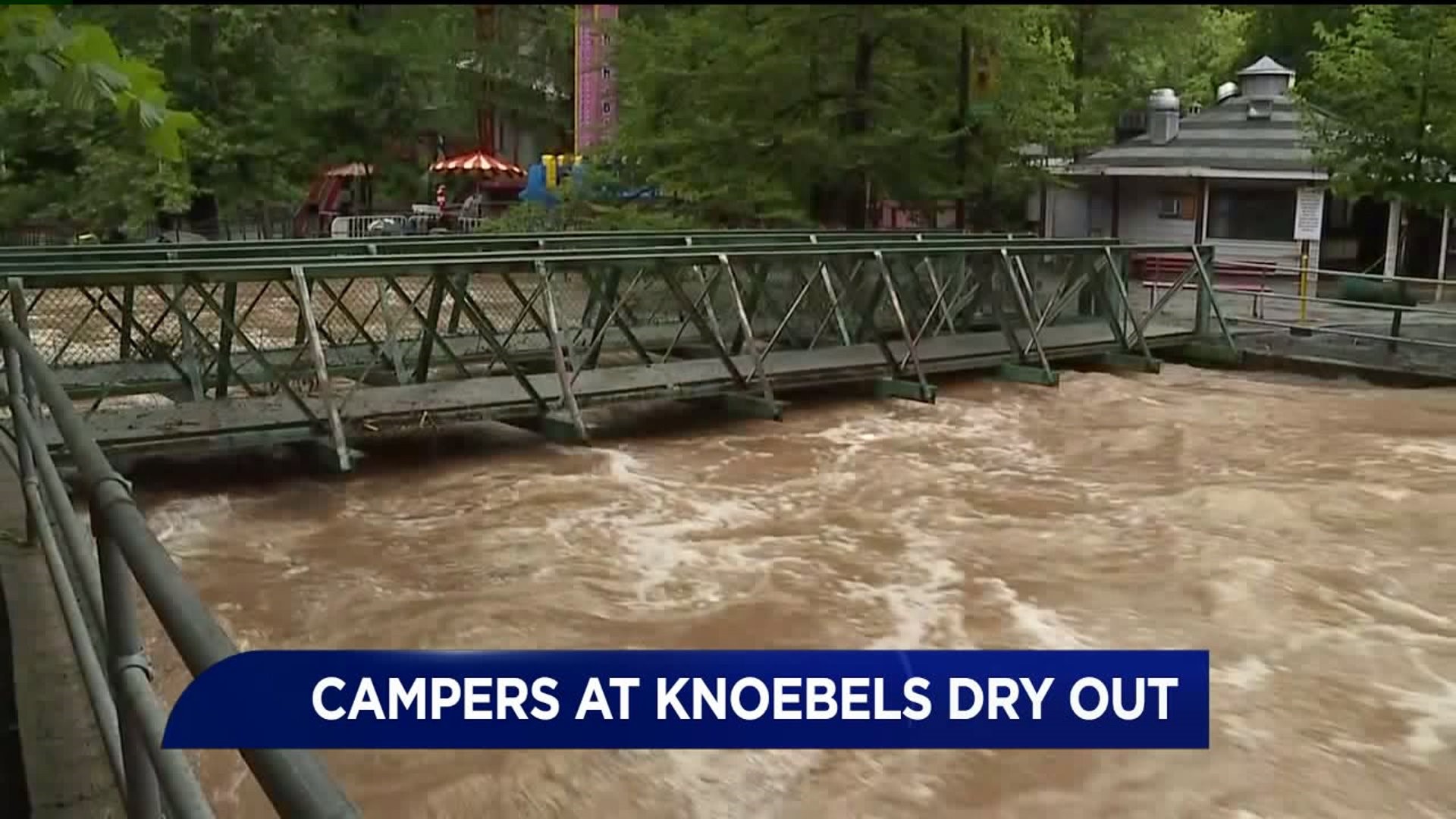 According to Knoebel, some people left when the park started flooding. The Martin family of Sussex County, New Jersey, stayed.

"A little crazy," said Cindy Martin. "I never dreamed it would get this bad, that we wouldn't be able to leave. But we're here until Friday and by then I think the roads will all be open, and we'll be good."

The Martins are camping with their granddaughter Emma. She wants to go to the park, but it's closed.

"We went the first day we got here on Sunday. The whole park was open so she was able to do quite a few rides. Then yesterday, it was open partially so she went on a few rides a number of times," Martin said.

The Zolnoski family of Burlington, New Jersey, booked a second Knoebels vacation for next month so they could have more time at the park.

"We did just so they can use the park the next time and hopefully we will have better weather," Linda Zolnoski said.

The park announced on Facebook, Knoebels Amusement Park and Crystal Pool will be closed again on Thursday, but Knoebels Park Campground and Knoebels Lake Glory Campground will be open. Management tells Newswatch 16 the park will reopen as soon as it is safe to do so.