RALPHO TOWNSHIP, Pa. — The International Food Court is typically a busy place for lunch at Knoebels Amusement Resort near Elysburg and Monday was no excep... 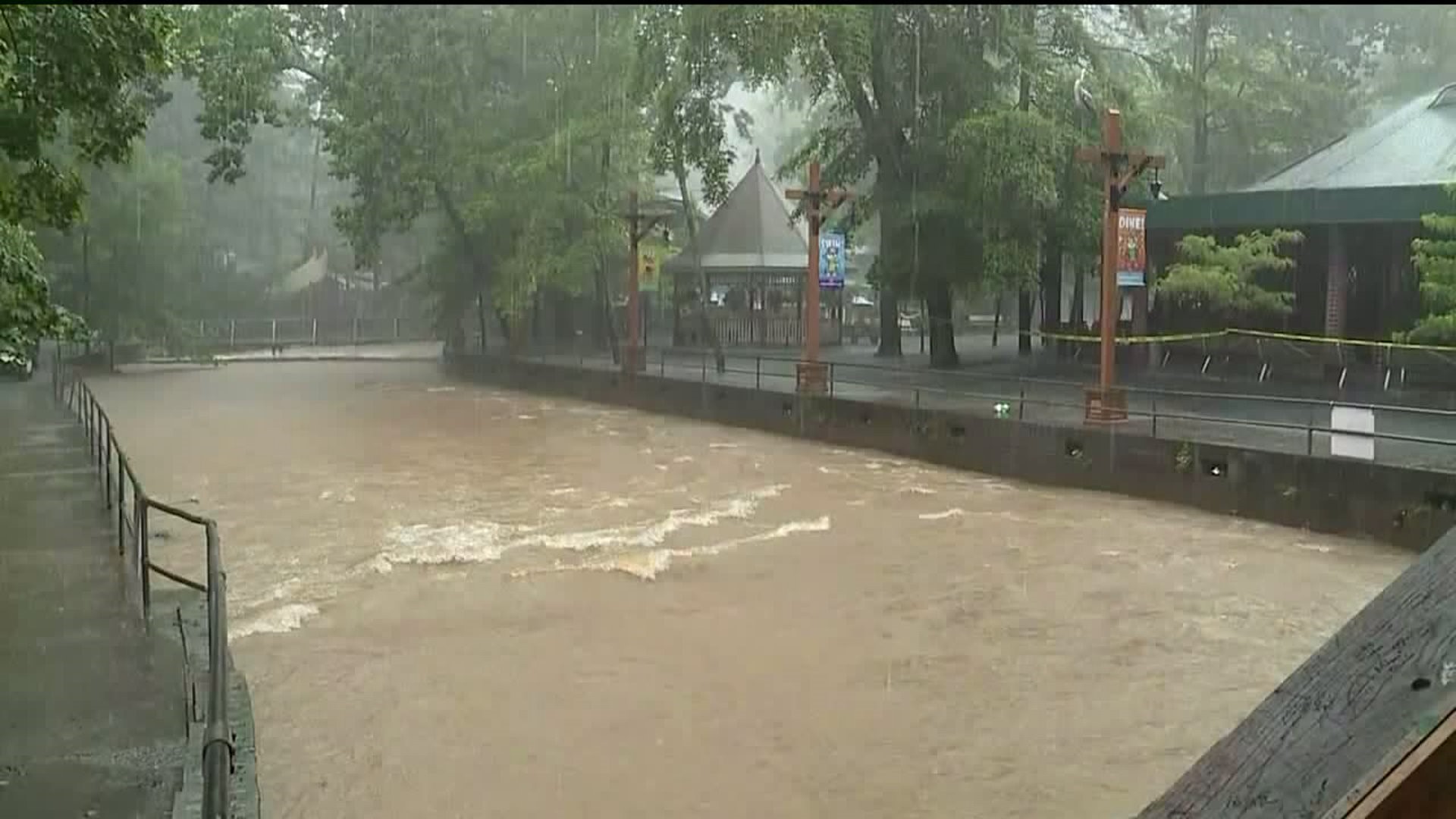 RALPHO TOWNSHIP, Pa. -- The International Food Court is typically a busy place for lunch at Knoebels Amusement Resort near Elysburg and Monday was no exception. But this day was different because the food court was the only place that was open at the park.

"It's our first day. We woke up to the rain, took our time. When we walked down to the park, they told us it was closed, so we're just hanging out at the food court having some alligator bites, just chilling," Cherie Voorhees said.

"Horrible weather. This is not a camper's dream. And we have a lot of kids with us," Donna Snyder said.

Snyder and her family from Lancaster County are camping here until Thursday. They are disappointed the park is closed.

"We're not happy, but we're making the best of it," Snyder said.

According to Knoebels staff, there are more than 350 groups camping here right now. That includes Wendy Blackburn and her family from Rock Hill, South Carolina. It is their first time here.

"It stinks. There's nothing you can do about it though. Trying to make the best of it for the kids. They're getting a little restless though," Wendy Blackburn said.

The Knoebels maintenance crew has been in flood protection mode since early Monday morning. They've been through this a few times, so they know what to do.

"They just know. The guys, the girls, everyone involved, they just know what to do. Unfortunately, we're really good at flood preparation," Brian Knoebel said.

Despite the rain, campers are optimistic.

"We'll play games, watch movies, and it will be OK. We'll get into the park eventually," Voorhees said.

Brian Knoebel tells Newswatch 16 the decision to close was based on the rapid rise of Roaring Creek, which runs through the park, and on keeping everyone safe. As soon as the park can safely open, it will.

Update: Parts of the park were back open on Tuesday.