COAL TOWNSHIP, Pa. — Two threats in one week at a high school in Northumberland County have led to an increase in security. According to Coal Township pol... 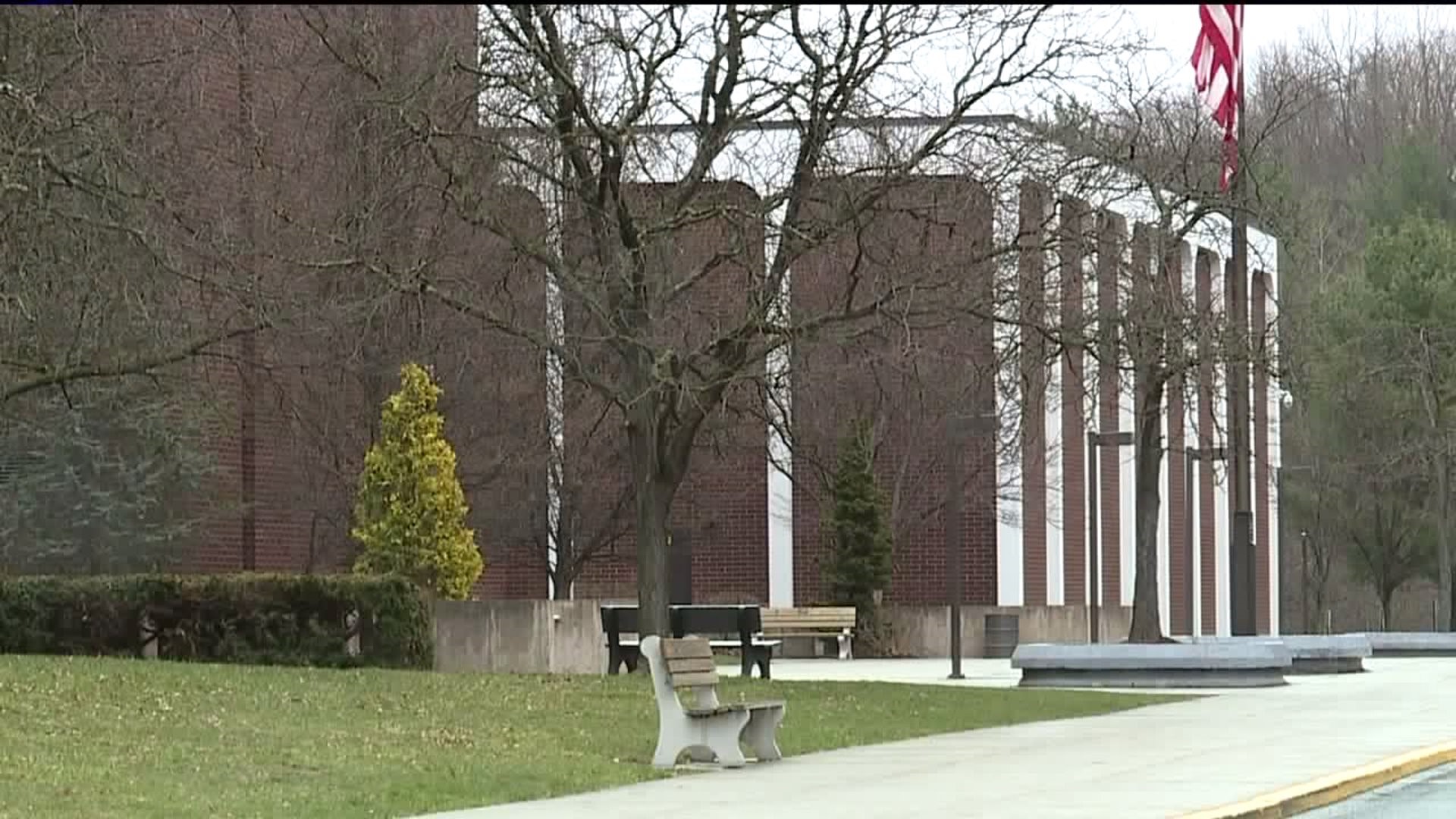 COAL TOWNSHIP, Pa. -- Two threats in one week at a high school in Northumberland County have led to an increase in security.

According to Coal Township police, there were threats two weeks in a row at Shamokin Area Middle/High School.

Nothing was found, but the district is enforcing additional security measures to prevent more incidents.

Around 9 a.m. Thursday, what police call a "low-level threat" was found written on a bathroom wall at Shamokin Area Middle/High School.

The school was locked down, meaning no one was allowed to enter or leave the building.  Police officers swept the building and did not find anything, so classes resumed an hour later.

A similar incident happened last Thursday when a threat was also found on a bathroom wall, this time saying there was a weapon inside a student's locker. Police searched every locker in the school but did not find anything.

"You can't really say as to when it started, but with the current influx of them happening, it's happened more than two times, it's just two of them in quick succession," said Greg Skeans.

Skeans has three kids in the Shamokin Area School district and is upset about the threats.

"It's disturbing, to say the least."

According to district officials, the middle/high school has additional security measures in place to prevent more incidents. The principal said for the safety of the students, he cannot release any specific details on the increased security, but additional cameras were installed at the school this week and more employees will check bathrooms.

Also, students using bathrooms will now be using sign-in sheets instead of a general hall pass.

Noberto Torres is a senior at Shamokin Area. He says since the recent threats, students have had to go through metal detectors making them miss class.

"I don't even carry a book bag in, I just carry my books. I still have to go through," Torres.

Torres tells Newswatch 16 he doesn't think he should have to suffer for what other kids did.

"Other people are doing stupid stuff. Yep, I feel that," Torres added.

Both threats are under investigation by the Coal Township Police Department.