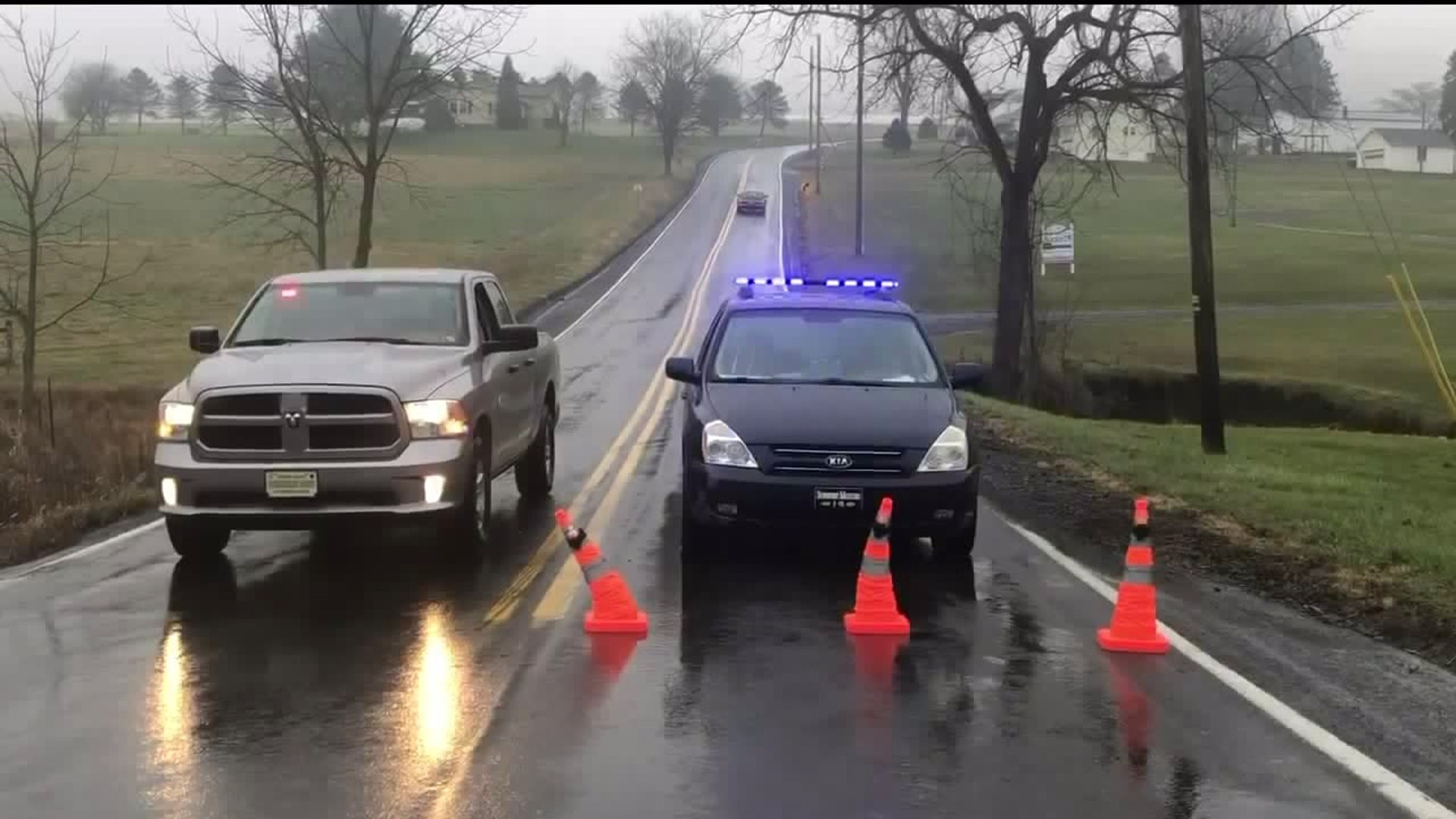 A vehicle flipped onto its side on Boyer Hill road near Sunbury.

Several roads were shut down due to icy conditions.

Drivers in Milton took it slow while crossing over the bridge into West Milton where there were plenty of slick spots.

"Some people don`t know how to drive in it. Even if you have four-wheel drive doesn`t mean you can do anything," said Hallenbach.

Truck drivers tell Newswatch 16 when it comes to driving these large vehicles they face additional challenges in this slick weather.

"Stop distance is drastically increased. Usually you have to follow a certain distance behind, you really have to extend that and watch your speed going around sharp corners," said Cerino.

Justin Cerino drives for Turkey Hill and had been on the road all day.

"Back areas of parking lots, back and side roads are a little more slick than the traveled roads," said Cerino.

Even so, not everyone was concerned.

"It`s hard to tell if the roads are icy but I`ve been driving long enough," said Rich Engleman, Milton.

Drivers should continue to be cautious of ice patches on the roadways.