MOUNT CARMEL — The family of a kindergarten student in Northumberland County is thinking about filing a lawsuit after their five-year-old was suspended fr... 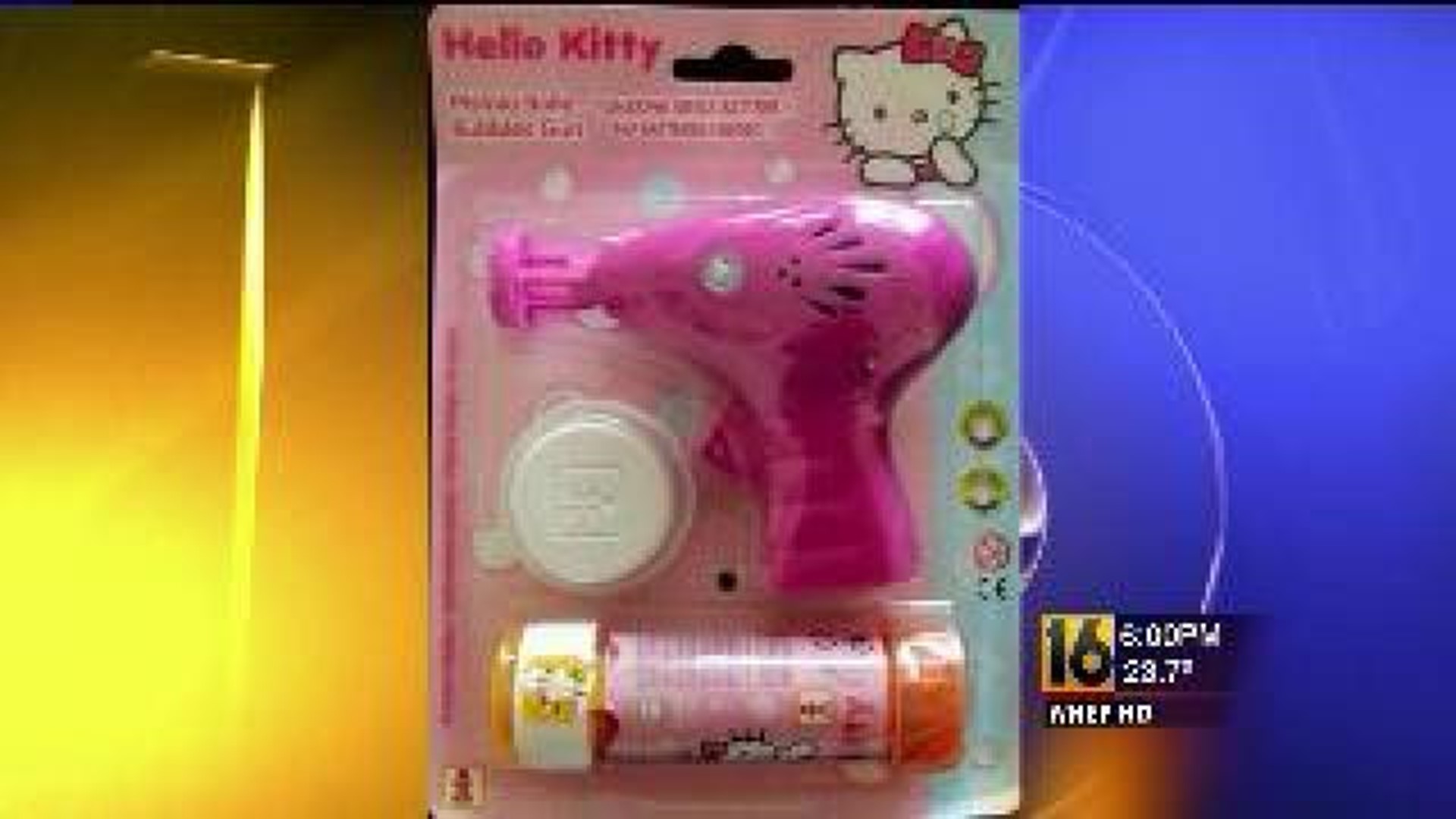 MOUNT CARMEL -- The family of a kindergarten student in Northumberland County is thinking about filing a lawsuit after their five-year-old was suspended from school.  The family's attorney says she was suspended because she threatened to shoot herself and a classmate with a Hello Kitty bubble gun.

A pink Hello Kitty bubble gun is the reason a five-year-old girl was suspended from kindergarten at Mount Carmel Area Elementary School.  Her family's attorney says she was at her school bus stop last week when she told a classmate she was going to shoot her and herself with the bubble gun, a gun she did not have with her.  People in the community can't believe it.

"It's just bubbles. It can't harm anybody. It's not hard and won't puncture anything or harm anybody in any way," Kayla Nash of Shamokin said.

According to the family's lawyer, district officials at Mount Carmel Area Elementary School questioned her for three hours without her parent's knowledge.  She was suspended for 10 days for making terroristic threats.

"I would be very upset about that.  They should have called the mother right away.  My son is 13.  If he got called into the office I would want to know right away," Michele Krah of Mount Carmel said.

"It's only a bubble gun.  For a five-year-old.  To give them a 10-day suspension, that's horrible," Ray Scott of Mount Carmel said.

The Hello Kitty bubble gun is considered a toy.  When you pull the trigger, it shoots out bubbles.

The family's lawyer says a psychologist examined the girl and said she was not a danger to others, so district officials reduced the suspension from 10 days to four days.

"I know they're trying to I guess ban stuff like that at school but obviously I don't think bubbles would hurt any child, except get them wet," Diane Bressi of Mount Carmel said.

The family's attorney says the incident will go on her permanent record, which the family will fight.  He says the family is also considering suing the Mount Carmel Area School District.