NORTHUMBERLAND, Pa. — Esther Pardoe looks through dozens of birthday cards she got from all over the country. It’s a special birthday. Esther turned... 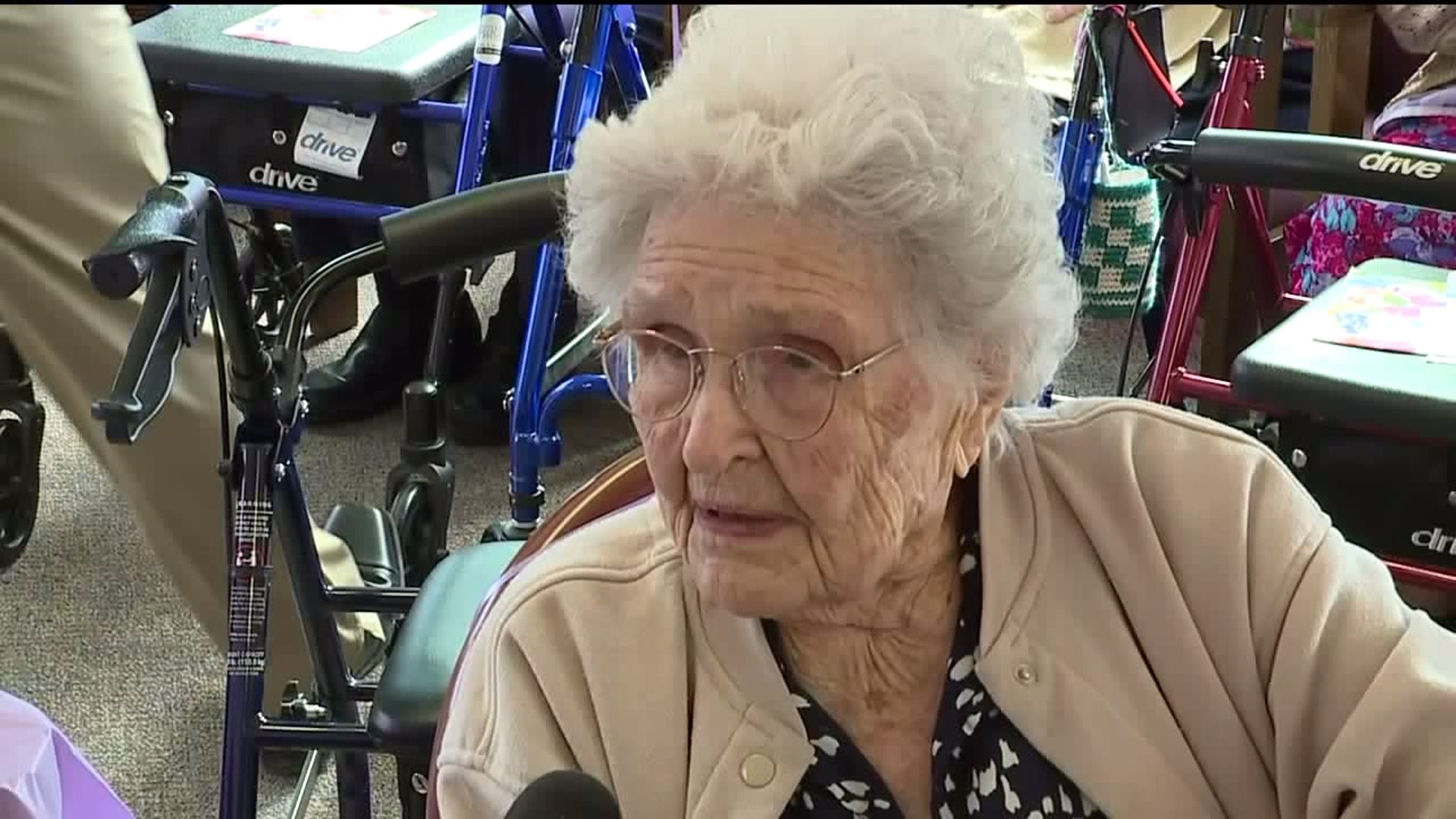 NORTHUMBERLAND, Pa. -- Esther Pardoe looks through dozens of birthday cards she got from all over the country. It's a special birthday. Esther turned 107 years young.

"It came on gradually. One day, one year at a time. It's just gradual, so it doesn't feel any different than any other day," Esther said.

Esther's family and friends threw her a birthday party at Emmanuel Personal Care Home in Northumberland where Esther lives.

Esther was born in Kingston in 1912. William Taft was president.

"I saw the Titanic go down," Esther said.

She was actually just a baby at the time, but she likes telling people that.

"No health problems whatsoever. She just takes one prescription drug a day, and I'm not sure if she really needs that," Esther's daughter Joan Stake said.

Esther lived on her own until about six weeks ago, and then she moved into the assisted living facility in Northumberland.

"We did that in a hurry. Otherwise, she wouldn't have come," Stake said.

So what is the secret to living this long?

"I don't have any secrets, dear. All I do is live day by day and trust God to help me," Esther said.

Maybe it's in Esther's genes. Her sister is 100 years old. Esther's family is grateful she is getting to know her two-month-old great-great-granddaughter Carmen.

"She kept saying, 'I hope I live to see her. I don't know if I'm going to make it,' so we went to see her first. We didn't even make it home from the hospital," Esther's great-granddaughter Haley Weikel said.

"I think she's going to outlive us all," Stake said.

Esther has already invited us to her 108th birthday party.