Good Sport: Boy Gives up Football to Eagles Backup Quarterback, Gets Even More in Return 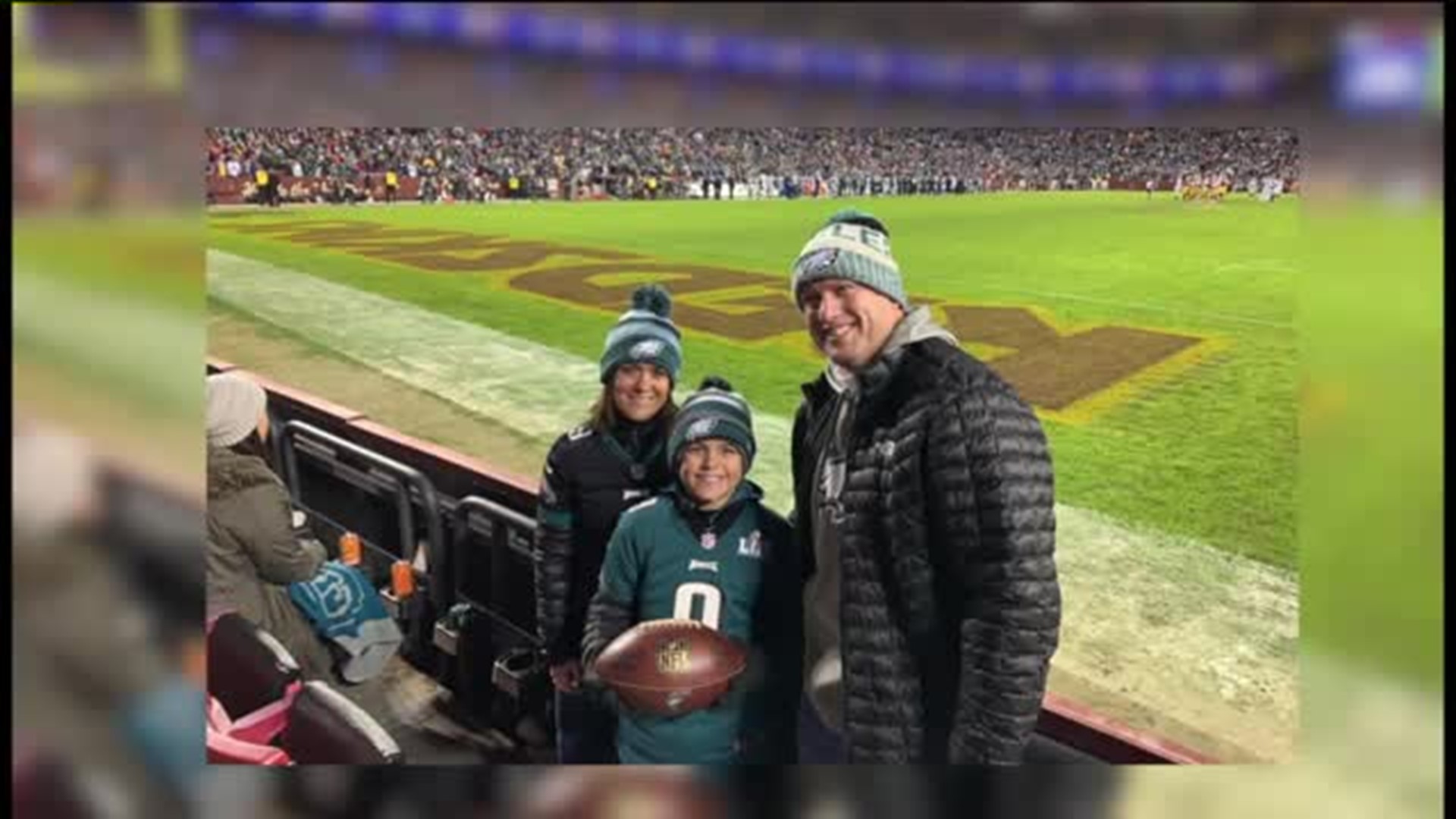 TURBOTVILLE, Pa. -- Ten-year-old Cohen Zechman of Turbotville always dreamed about getting an NFL football at an Eagles game.

His dream came true Sunday when the Eagles traveled to play the Washington Redskins.

“When I saw him coming over, my heart just stopped, like what is going on? I was so amazed that I was getting an NFL football,” Cohen said.

However, just about as fast as the football was given to him, it was taken away. Sudfeld ran over to ask for the ball, promising to get Cohen another one.

“The ball boy came over right away and gave me a new ball. Later, I found out it was Nate's first career touchdown pass, so I wanted him to have it,” Cohen said.

Playoff bound! Love this team! By the way, shout out to the kid and his dad for giving me back my first TD football! You guys are the best! We made sure to hook the kid up with another one! Haha #FlyEaglesFly

This was Cohen's seventh Eagles game, but he never thought he'd be walking away with an NFL football.

“I was always dreaming about meeting players, and then I met more than one player, and getting a ball and getting it autographed, that was just amazing,” Cohen said.

After the game, Agholor came over and signed the ball. Cohen even got two gloves from Eagles players.

However, what means the most to his father is that Cohen was such a good sport.

“Just knowing that he did the right thing, and just being 10 years old, that means more than anything,” Cohen's dad Derrick Zechman said.

What Cohen did made the middle schooler something of a celebrity. He’s done interviews with Inside Edition and with newspapers and television stations from our area and in Philadelphia.

“We've been getting calls from news stations, radio stations. The Eagles actually reached out to us,” Derrick said.

“It's never happened to me before, and it's really neat to get to meet NFL players and getting balls and stuff,” Cohen said.

Cohen hopes to someday have his name on the back of an Eagles jersey. Adding the ball and gloves to his collection only inspires him more.

GOOD SPORT 💚🦅Cohen Zechman from Warrior Run got a football after Eagles player Nelson Agholor scored a touchdown this Sunday... but third-string quarterback Nate Sudfeld asked for it back! Cohen gave the original football back - and got back so much more! Story tonight on @WNEP pic.twitter.com/WmUX0UvVGZ