SHAMOKIN, Pa. — A mobile soup kitchen in Shamokin was open on Friday after last week’s controversy between volunteers and city officials. God’... 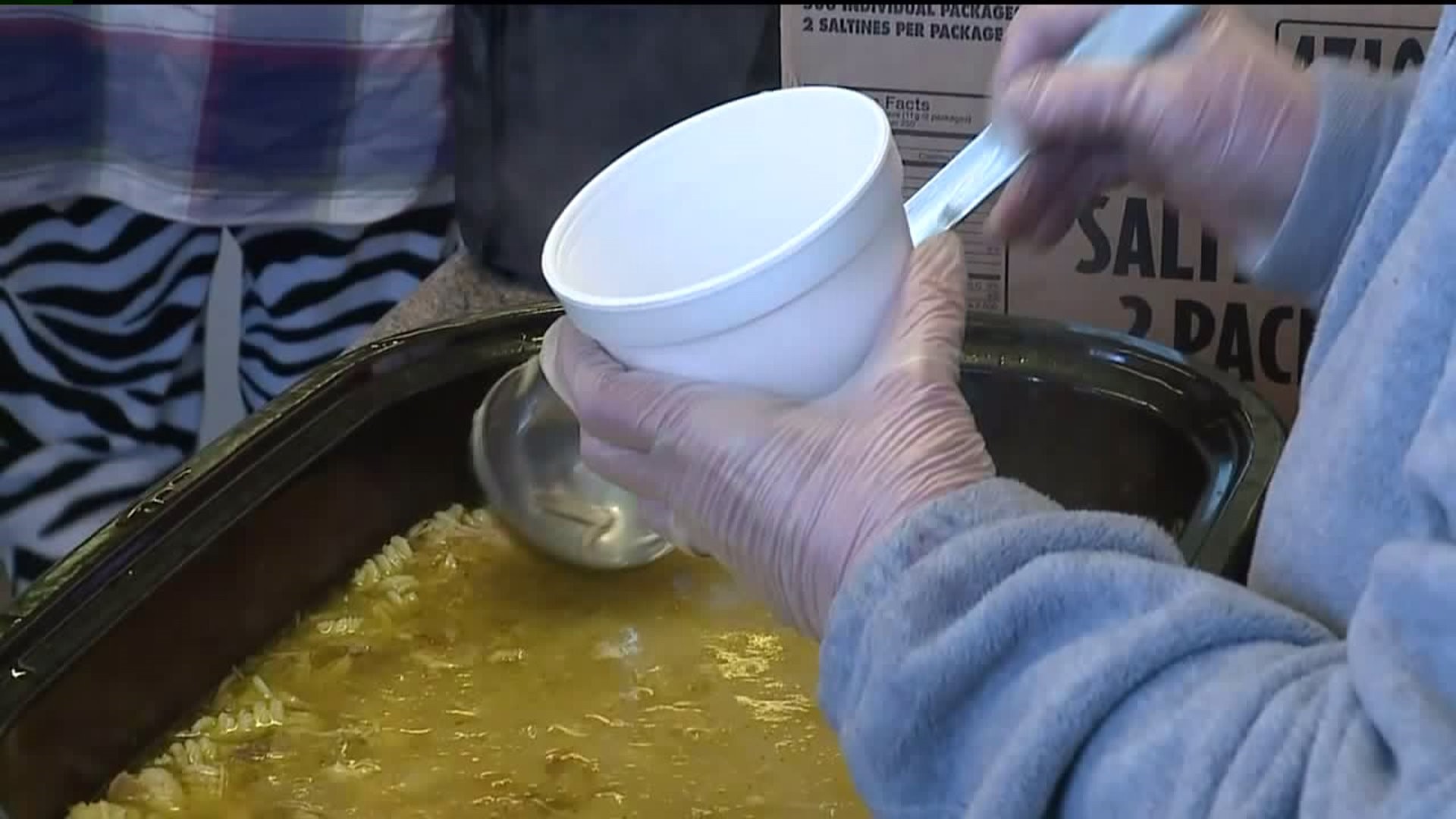 SHAMOKIN, Pa. -- A mobile soup kitchen in Shamokin was open on Friday after last week's controversy between volunteers and city officials.

God's Chuckwagon served hot soup from its facility instead of its bus.

On a day when temperatures dipped into the low 20s, Josh Zellner of Shamokin was happy to have a hot cup of soup.

Zellner was one of about a half dozen people who showed up at God's Chuckwagon's facility on West Pine Street in Shamokin. The mobile soup kitchen served food out of its building.

"A bunch of goodies and chicken noodle soup, stuff to keep me warm," Zellner said.

Pastor Jim Bowers was not sure this event would even happen. Last week, he got a certified letter from Shamokin city officials saying he could not serve food there.

"It was a misunderstanding with everybody. We had a meeting and we all worked out the best way to do this. We're pretty happy with the situation," Bowers said.

People were happy about the hot food on this cold day.

The soup kitchen will be open every Friday from noon to 1 p.m.in January and February on West Pine Street in Shamokin.