RALPHO TOWNSHIP, Pa. — It’s October 1, which means Halloween is right around the corner, but for some firefighters in Northumberland County, Hallowe... 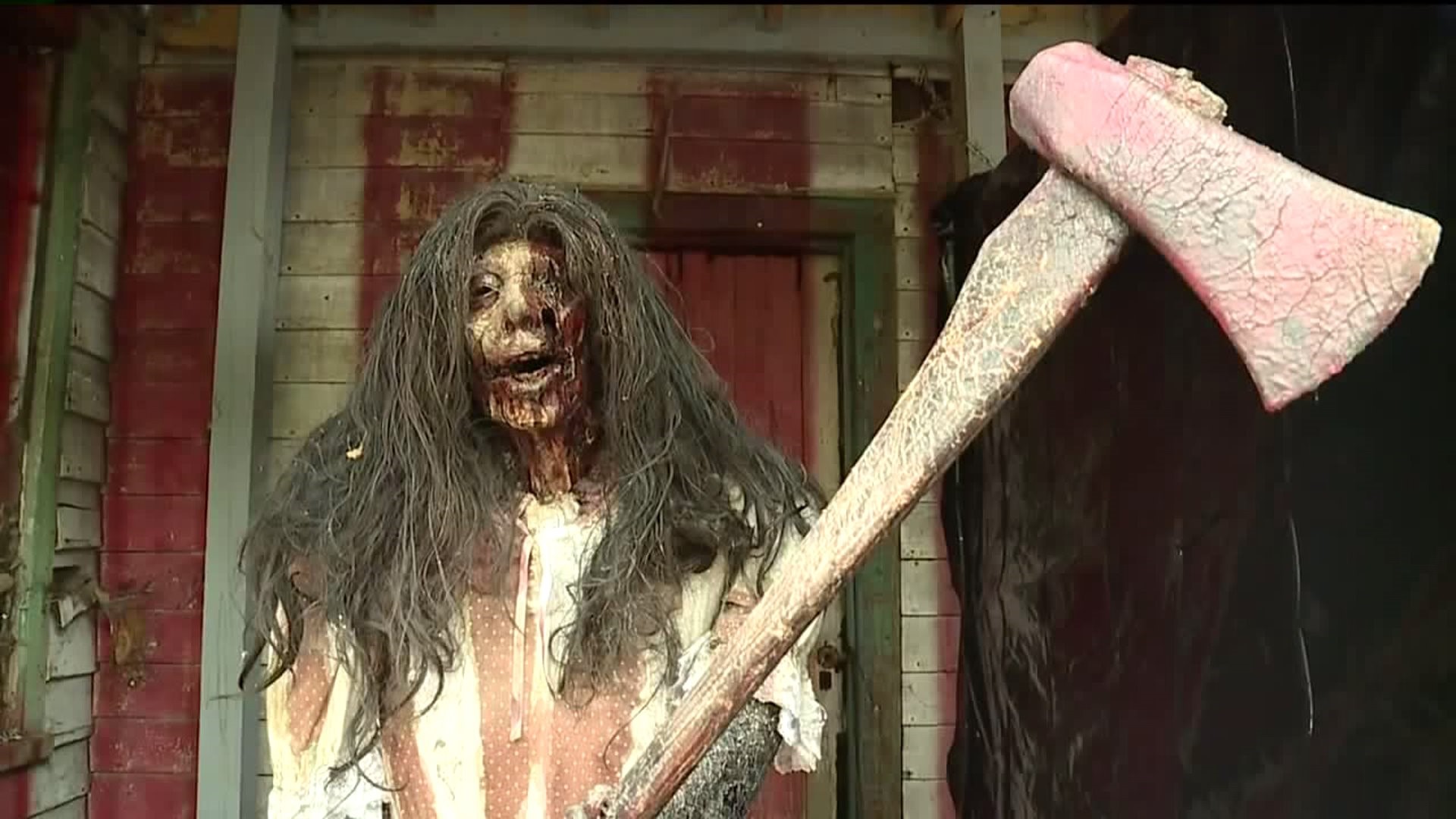 RALPHO TOWNSHIP, Pa. -- It's October 1, which means Halloween is right around the corner, but for some firefighters in Northumberland County, Halloween preps are a year-round thing.

When you make your way down Gun Club Road near Elysburg, you'll come across a haunted house. It doesn't look too scary during the day, but at night, watch out!

"There's been nights where people stood in line for a few hours waiting to get in. That's entertainment in itself, down front watching people get chased around by some guys with some saws," Erik Santor said.

The 43rd annual Elysburg Haunted House opens this Friday. It is the biggest fundraiser of the year for both the Elysburg Fire Department and the Ralpho Township Fire Company. Volunteers say on a busy night, more than 2,000 people walk through the haunted house.

Newswatch 16 stopped by as firefighters put last-minute touches on the haunted house. Erik Santor says the haunted house is something they think about all year and start getting ready for in August.

"Start cutting weeds back, getting things ready. Actually, as far back as the last night of the house, people start thinking of things for next year," Santor said.

It takes about 45 minutes to go through the house and costs $15 to get in.

The Elysburg Haunted House opens Friday and is open every Friday and Saturday through October.