POINT TOWNSHIP — Weather may have actually saved a gun shop from going up in flames. It was a plow truck driver who first saw smoke at the store in Northu... 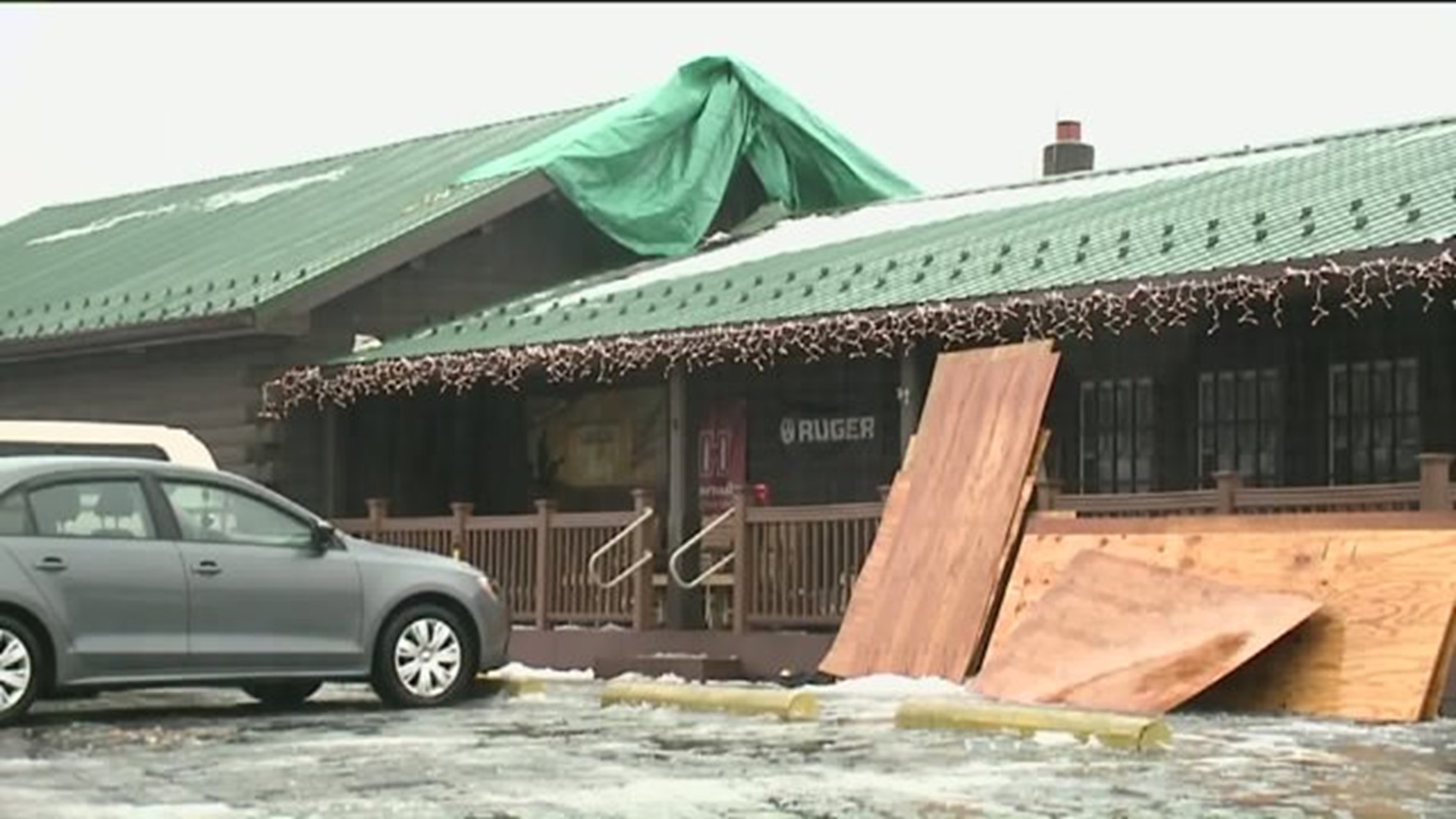 POINT TOWNSHIP -- Weather may have actually saved a gun shop from going up in flames. It was a plow truck driver who first saw smoke at the store in Northumberland County.

There was a tarp on the roof of the Little Sportsman Shop near Northumberland. The gun shop was closed after it was damaged by fire the night before.

Owner Steve McNeal closed the store at 6 p.m. and got a call three hours later that there was smoke coming from the roof.

"Of course, they asked me what I wanted to do. I said, 'Go ahead and rip the door open and find out what's burning.'"

The fire chief believes the fire was caused by a wood stove inside the store. Since it's a gun store, firefighters had to take extra precautions.

"We got reloading equipment and lots of gunpowder and ammunition in here," said McNeal. "They were pretty excited to get in the building right away."

"Judging by our security cameras, it was maybe 15 minutes after it started the dump truck driver had seen it, so we're very lucky. Even though we had bad weather, I think that was to our favor," said McNeal.

"The fact that someone was driving by and noticed it when it was dark out, it was kind of crazy," said employee Nate Hallman, adding there may have been divine intervention.

The employees consider themselves lucky.

"If it would've went all night with nobody seeing it, it probably would have completely burned the building down," McNeal said.

Some products were damaged and the store will be closed for a few days.