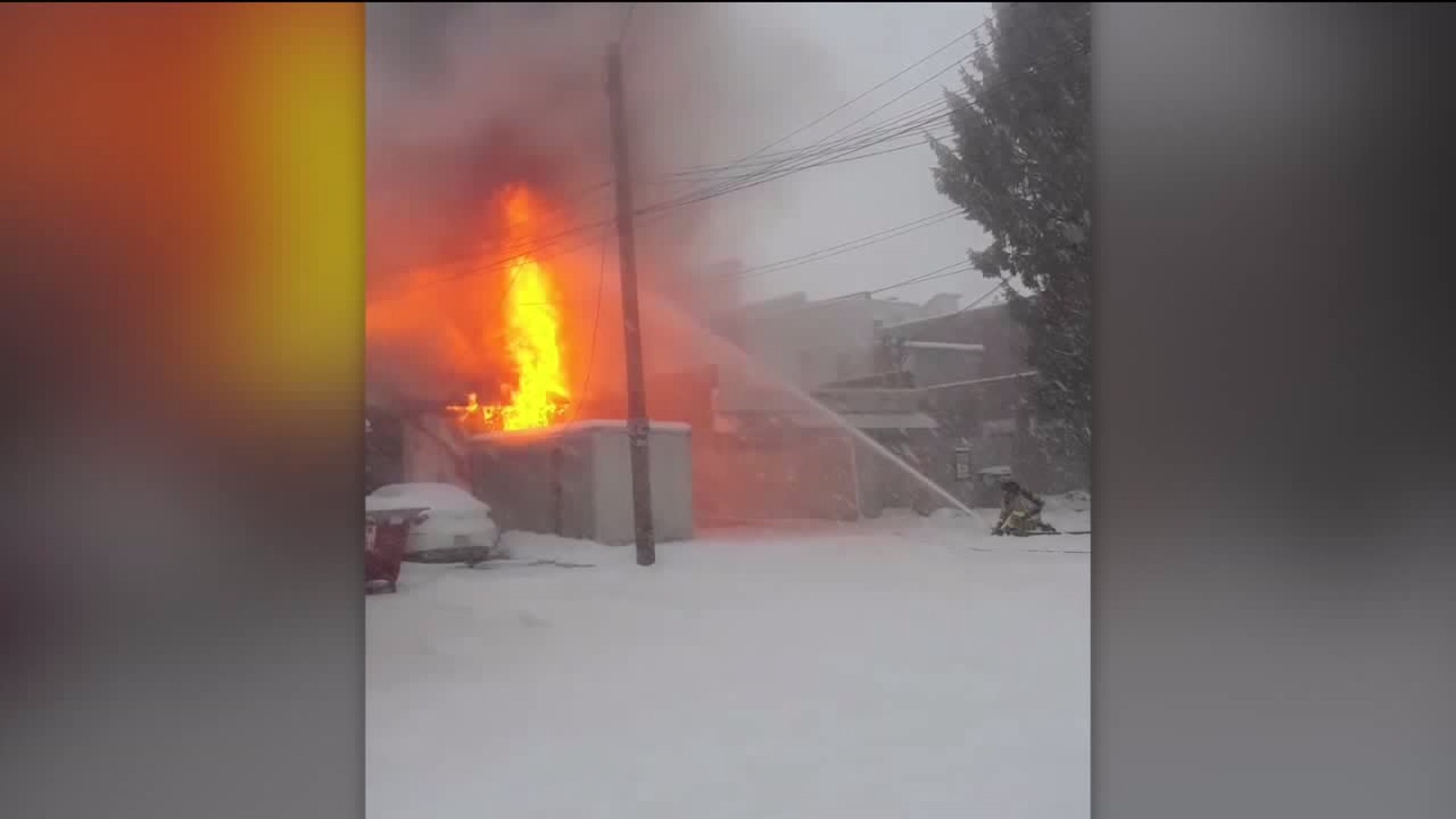 It started around 3 p.m. on North Oak Street.

Flames were shooting out of the front of the store.

"I walked out to the street and I saw smoke coming out the whole front of the building," said Mount Carmel resident John Roddy.

There is not much left of MC Sports Cards and Collectibles.

There were two apartments above the store. Firefighters carried one woman out. Everyone else got out safely.

Two businesses on either side of the building have smoke and water damage.

Jay Stellar works at Hollywood Pizza across the street.

"We were all frantic," Stellar recalled. "Everybody ran outside pretty much, and within minutes, the fire department was here. They did a hell of a job."

Firefighters told some nearby neighbors they had to leave because of the proximity to the fire.

Kelly Clark and her family stood outside in the snow for over an hour.

"We got told if we smell smoke, we needed to get out again. We packed up all our animals and we sat in our cars because we couldn't get out of our alley," Clark said.

Firefighters had to battle more than smoke and flames.

Because of the bad weather, some local businesses like Hollywood Pizza and Ace Hardware helped out the firefighters.

"Once it died down, we had pizza here for them. They did outstanding," Stellar said.

The cause of the fire is under investigation. A fire marshal will be at the scene on Monday.