TURBOT TOWNSHIP, Pa. — Hundreds of friends and family gathered near Milton Saturday to send off their troops who will be deployed overseas for a year. ... 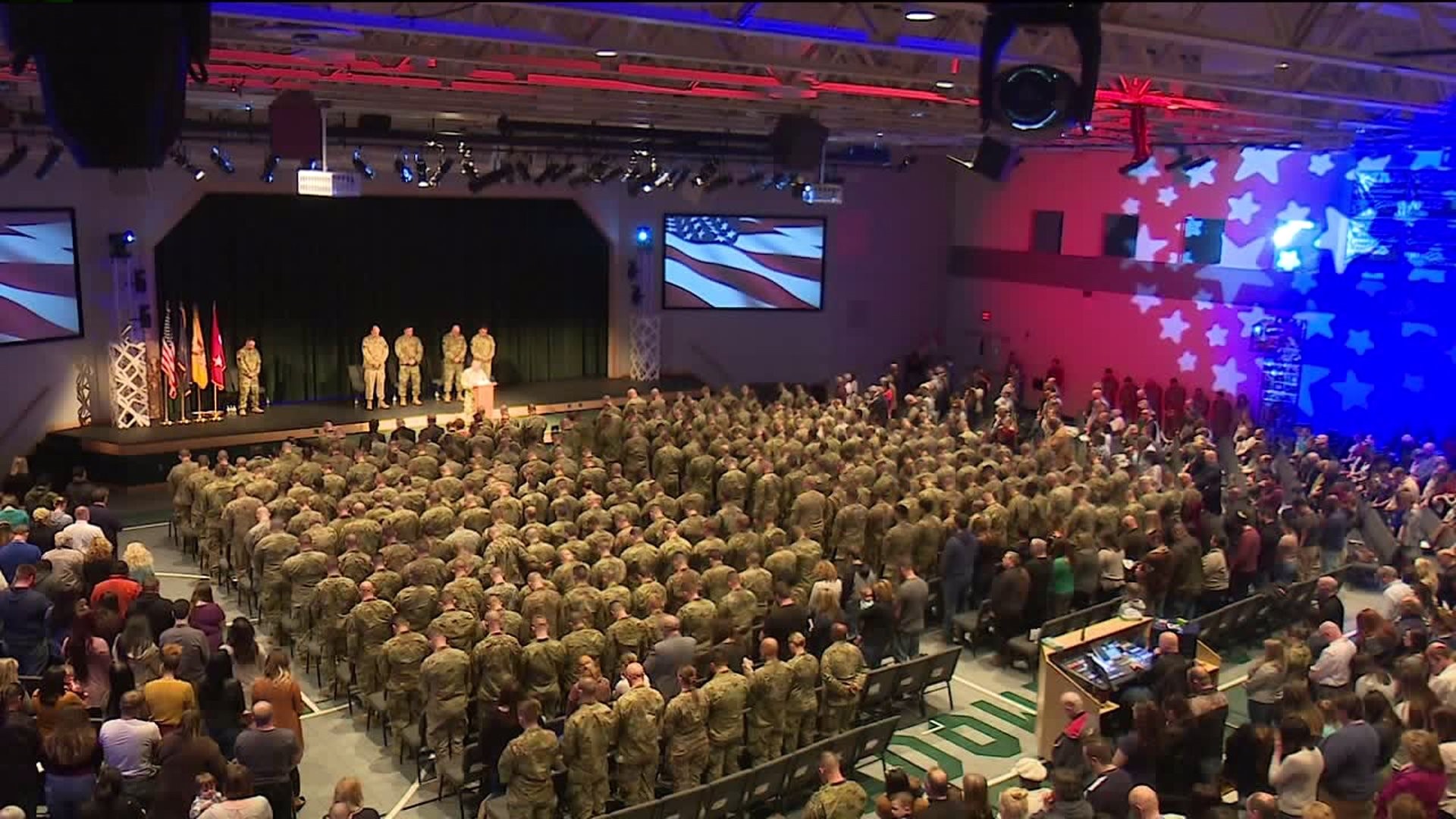 TURBOT TOWNSHIP, Pa. -- Hundreds of friends and family gathered near Milton Saturday to send off their troops who will be deployed overseas for a year.

"Our people are heading off to eastern Europe to take part in NATO's Enhanced Forward Presence mission, a mission that was established after the Russian invasion of Crimea in 2014," said Lt. Col. Mark O'Neill, Pennsylvania National Guard.

About 500 men and women who serve in the Pennsylvania National Guard with the 278th Armored Cavalry Regiment will spend six weeks in Fort Hood, Texas and then head to Poland.

This send-off will be the last time some of them will see their family for the next 365 days.

"These people are potentially going into harm's way, so to have the friends, family, and employers come out and support them the way they did today really means a lot to them," O'Neill added.

For many service members here, this isn't their first deployment. For others it is, and with little ones at home, it makes it that much harder.

"As a spouse, you feel excited for them because they are going on this new journey, but you're sad because you're missing your partner at this time. You're missing somebody you depend on all the time, and they're gone," said Laura Jensen, wife of a guardsman.

Some have been preparing their children with extra bedtime tuck-ins and recording special messages for when they miss their dad the most.

"We've been having late-night chats. He's been putting them to bed, and we have a couple stories that we got at our last meeting, and one of them has a recording of his voice on it," said Vanessa Negaard, wife of a guardsman.

Spc. Reece Musselman and his wife Loretta welcomed baby Chandler two months early, allowing him to spend some time with his newborn son. Despite how difficult this next year will be without him, Loretta says she tells her son every day his dad is an American hero.

"I'm from a family of military men. I'm very proud of him. I know this is something he's been wanting to do, and hopefully Chandler will follow in his footsteps," Loretta Musselman said.

Their selfless sacrifice will cause them to miss family milestone, and many precious moments in between. These military families believe the call of duty is never an easy one.

"I couldn't be more proud of the soldiers under my command. They represent the one percent of Americans willing to step up to that call of duty," said O'Neill.