SHAMOKIN, Pa. — Tests will be performed on the carcass of a dog that was shot and killed by police in Shamokin to determine whether the animal may have ha... 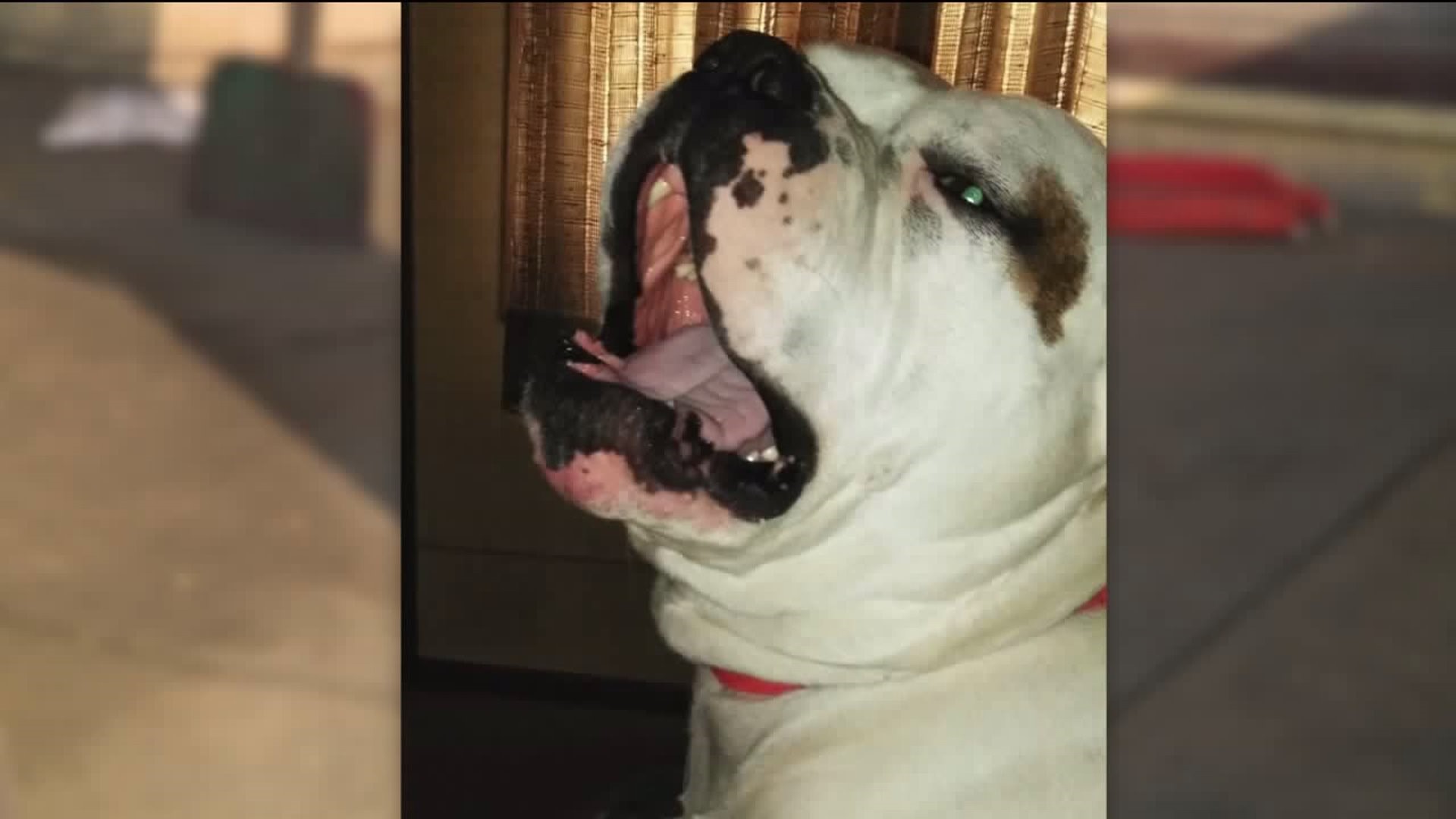 SHAMOKIN, Pa. -- Tests will be performed on the carcass of a dog that was shot and killed by police in Shamokin to determine whether the animal may have had rabies.

Officers opened fire after they say the animal viciously attacked a woman on the front porch of a home on Monday.

Police identified the victim as Gidget Demas. She is the girlfriend of the man who owns the dog.

Blood was smeared on the siding of the home and soaked into the carpet after police say Demas was dragged outside by her boyfriend's dog.

Neighbors tell Newswatch 16 two dogs live in the house along Sunbury Street, but it was an American bulldog and pit bull mix that mauled Demas so badly she was unrecognizable to police who responded to the attack.

Police say neighbors did whatever they could to get the dog off the woman, using a shovel, an ice scraper, and a stroller, but the dog would not let up. Police shocked the dog twice and were finally forced to shoot and kill the dog as a last resort.

The dog's remains are now being tested for rabies.

"The dog was going to kill her! Apparently from all the blood everywhere, the dog has to go. I feel bad. I love dogs, too, but I'm not going to die because of a dog," said Tony Zulkowski of Paxinos.

Police say the victim's mother told officers that this dog had attacked the woman in the past, but that was not reported to police at the time.

"I don't think she should have had it in the first place. If it attacked her once before, then it's going to attack again," said Zulkowski.

Police say it's not clear yet whether the victim's boyfriend will be cited because of this attack. Shamokin police are working with the state dog warden to check on the dog's licenses and shots.