RALPHO TOWNSHIP, Pa. — Dozens of Catholics came out to the Queen of the Most Holy Rosary church near Elysburg to attend a listening session with the Dioce... 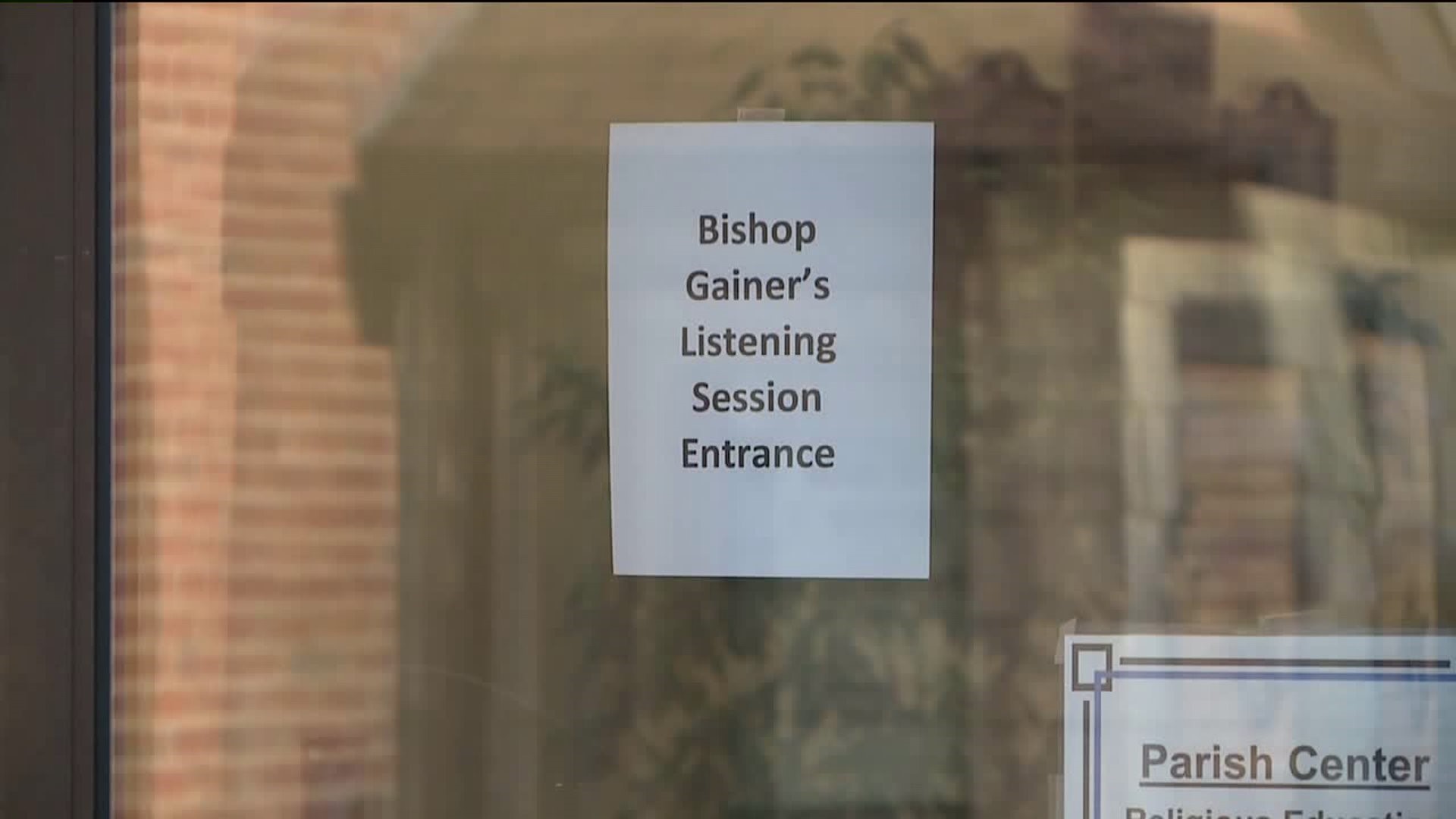 RALPHO TOWNSHIP, Pa. -- Dozens of Catholics came out to the Queen of the Most Holy Rosary church near Elysburg to attend a listening session with the Diocese of Harrisburg.

Bishop Ronald Gainer hosted this session to meet and talk with members of the faithful after the church was rocked by the findings of the state attorney general's office that revealed decades of child sex abuse was committed by hundreds* of priests in Pennsylvania.

“I think it's a step in the right direction. I think it's going to take some time for people to trust the people that our leaders in our diocese,” said Andy Bubnis from Elysburg.

“Transparency. That they're finally addressing this problem and putting an end to it, hopefully,” said Marysusan Umbriac from Danville.

Joining Harrisburg's bishop was retired state police captain Janet McNeal, who was recently hired by the Diocese of Harrisburg to oversee the diocese's youth protection efforts.

This session is one of several the bishop will hold at parishes in the diocese.

“They need to do whatever it takes to make sure that this doesn't happen again,” said Bob Umbriac.

This was the sixth listening session the Diocese of Harrisburg has held, and it says, based on what it heard at those, it has already begun making changes.

The diocese says the hiring of McNeal and the opening of the “Survivor Compensation Fund” were among those changes.

“How we've taken steps to make sure these things won't happen again but also what we're doing now to help support survivors of child sex abuse,” said Mike Barley, the spokesperson for the diocese.

Still, some say this type of openness is long overdue.

“I'm glad they took the step, but I guess the big question was, why wasn't it taken within the 70 years when everything was happening?” asked Bubnis.

A listening session was supposed to be held at Immaculate Conception church in Berwick on Wednesday night, but due to weather, it's been moved to March 14.

*An earlier version of this story incorrectly stated that thousands of priests in Pennsylvania have been identified as abusing children. In fact, the report from a statewide investigative grand jury in 2018 identified 301 so-called "predator priests" in six Roman Catholic dioceses in Pennsylvania. Newswatch 16 regrets the error and apologizes for any confusion.