Diocese and Former Teacher Face Off in Court

SUNBURY, Pa. — A teacher fired from a private, Roman Catholic school because she got pregnant out of wedlock wants her job back. Members of the Diocese of... 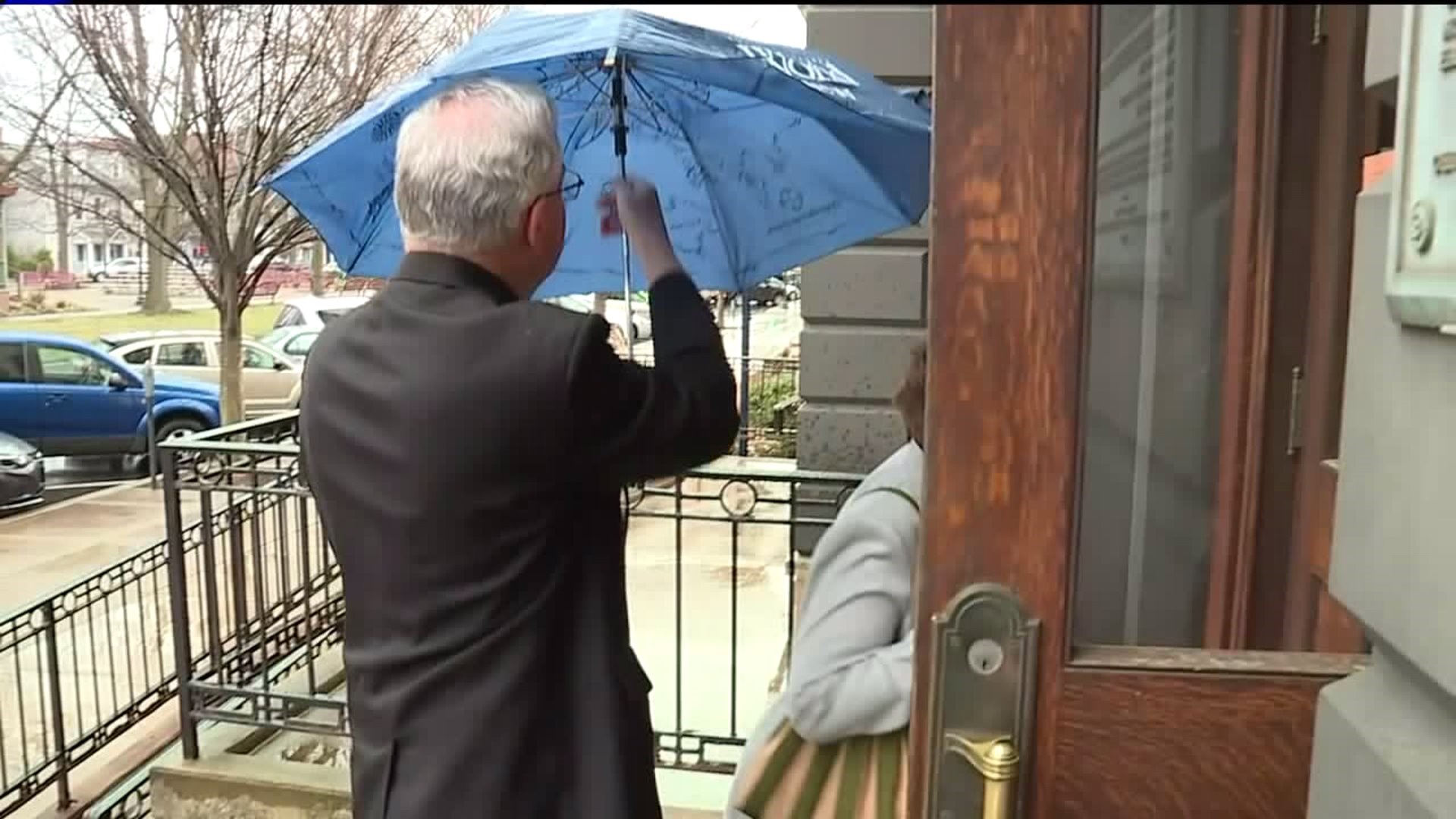 SUNBURY, Pa. -- A teacher fired from a private, Roman Catholic school because she got pregnant out of wedlock wants her job back.

Members of the Diocese of Harrisburg were in Northumberland County Court on Friday defending their decision.

There was more than two hours of testimony, most of that coming from members of the Diocese of Harrisburg.

Former Our Lady of Lourdes teacher Naiad Reich is trying to get her job back. The diocese is fighting against that.

Reich was fired in December from her teaching job at Our Lady of Lourdes Regional School near Shamokin after she told her boss she is pregnant and not married.

Reich is now trying to get her job back. Both sides testified in front of a county judge.

Sister Mary Anne Bednar is the principal at Lourdes. She told the judge she fired Reich and said, "she was not married, had no plans to get married and was expecting, therefore, those were terms for dismissal."

Sister Bednar testified that if Reich would have been willing to get married before she has the baby, none of this would be happening. But Reich says she will not be forced into getting married.

Fr. Edward Quinlan is the secretary of education for the Diocese of Harrisburg. He said teachers should not only teach the subjects but also live the faith.

"It creates a terrible confusion in the minds of students. We preach that teachers represent the Catholic teachings."

Reich is not Catholic but did sign a contract, which meant she understood both school and diocesan policies.

"Religious employers cannot discriminate against non-ministerial employees when it comes to things like pregnancy, which I think is exactly what happened in this case," said Reich's attorney Tim Bowers.

Reich is being paid by and getting benefits from the Diocese of Harrisburg through the end of July.

"It also hurts to be told you can't teach because of something that's really understandable, the human urge to be a mom," Bowers added.

"This situation is certainly very unfortunate, but as it directly relates to an issue of faith and the teachings of the Catholic Church, we do believe the court will respect our religious liberty," said diocesan spokesperson Rachel Bryson.

the judge is expected to make his decision on whether Reich will get her job back within the next few weeks. A long-term substitute teacher has been hired to fill her position at Our Lady of Lourdes.