Demolition of Fire-Gutted Ruins of Masonic Lodge in Shamokin

SHAMOKIN, Pa. — Demolition and cleanup started Tuesday morning at the former Masonic building in Shamokin that was destroyed by fire late last year. What ... 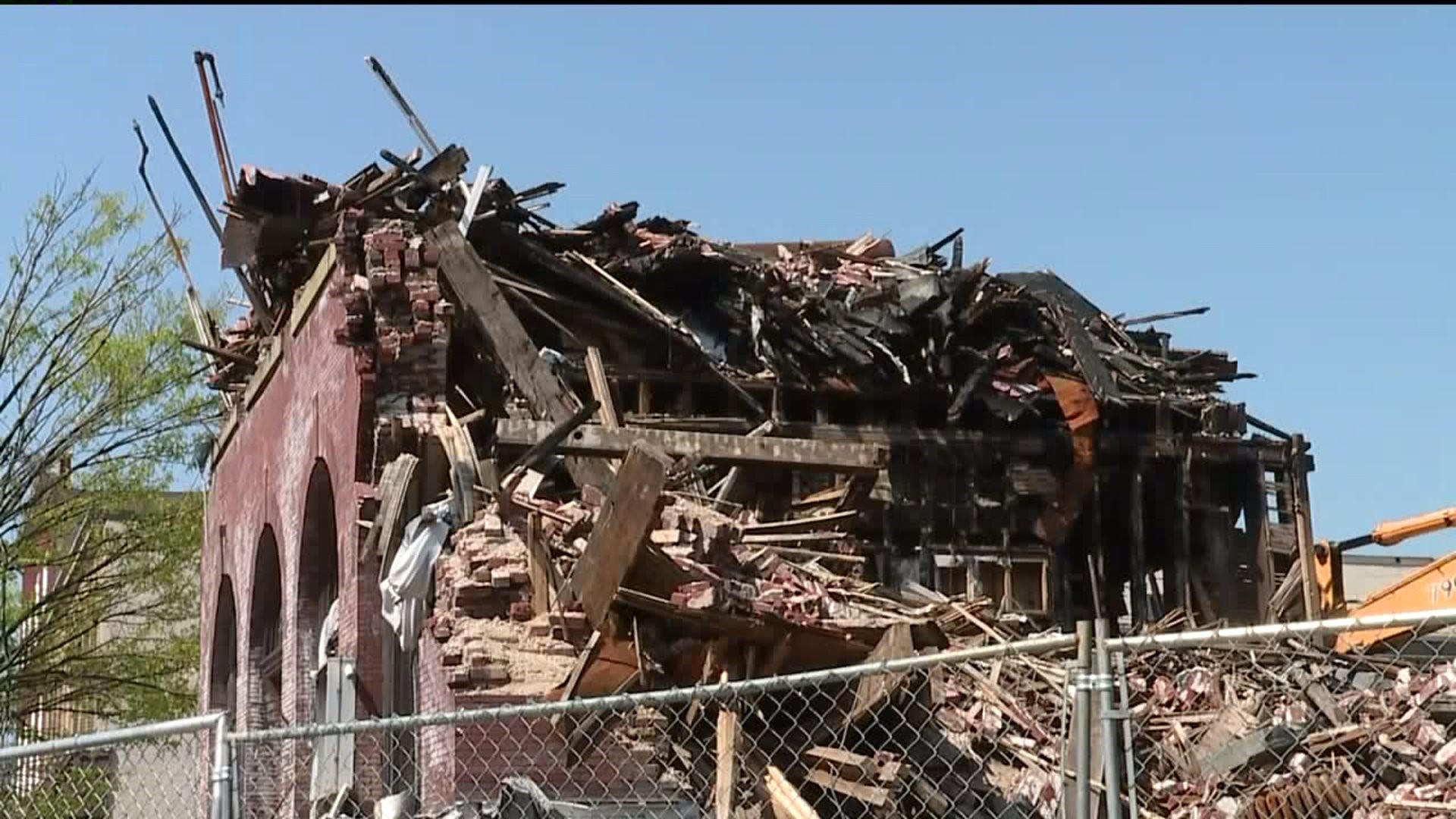 SHAMOKIN, Pa. -- Demolition and cleanup started Tuesday morning at the former Masonic building in Shamokin that was destroyed by fire late last year.

What was once known as one of Shamokin's oldest and most recognizable buildings became an eyesore in recent months after it was destroyed by fire.

On Tuesday, crews started tearing down the former Masonic building on Independence and Eighth Streets and cleaning up debris.

The four-story building caught fire back on December 14, and the damage has been left behind in the middle of the city since that time.

People in Shamokin tell Newswatch 16 they are happy this debris is finally being cleaned up.

Tranquility Tattoo and Arts Studio owner Jeffrey Tweed has been waiting for crews to clean up the burned-out debris.

"There's never been an exact date it's supposed to be happening. It's continually like, 'Oh, in a couple of weeks it should be starting,'" Tweed said.

Now after almost five months, the long-awaited demolition and cleanup project started at the former Masonic building in Shamokin.

Shamokin police still won't say what caused the fire. All they will say is that it's an active investigation.

After a fire in an urban area, the damage is usually cleaned up as soon as possible. That was not the case here. Officials in Shamokin said the owner was negotiating with the insurance company. Eventually, charges were filed against the owner of the building for allowing an unsafe structure.

The owner faces $1,000 in fines, but officials in Shamokin say if the building is cleaned up by the end of this month, the fines may not be assessed.

The 116-year-old building was one of Shamokin's oldest. It was home to a Masonic lodge and different businesses over the years, including the Fun Shop.

"We used to go into the Fun Shop when it was there, my parents and I," Fran Wilcox recalled.

People in Shamokin tell Newswatch 16 they are sad to see the historic building go but happy the eyesore is finally being torn down.

"I'm very happy to see that it's started, and I very much hope that it is done before the end of the month," Tweed said.

"I think it's important for the surviving city that it be gone due to the fact that it's a safety hazard and it's an eyesore," said resident Marie Curran.

The contractor tells Newswatch 16 he hopes to have the building torn down and cleaned up by the end of this month. City officials don't know what, if anything, is planned for this property.