EAST CAMERON TOWNSHIP, Pa. — A couple is behind bars in Northumberland County, accused of inappropriate sexual behavior with a 14-year-old girl. Police sa... 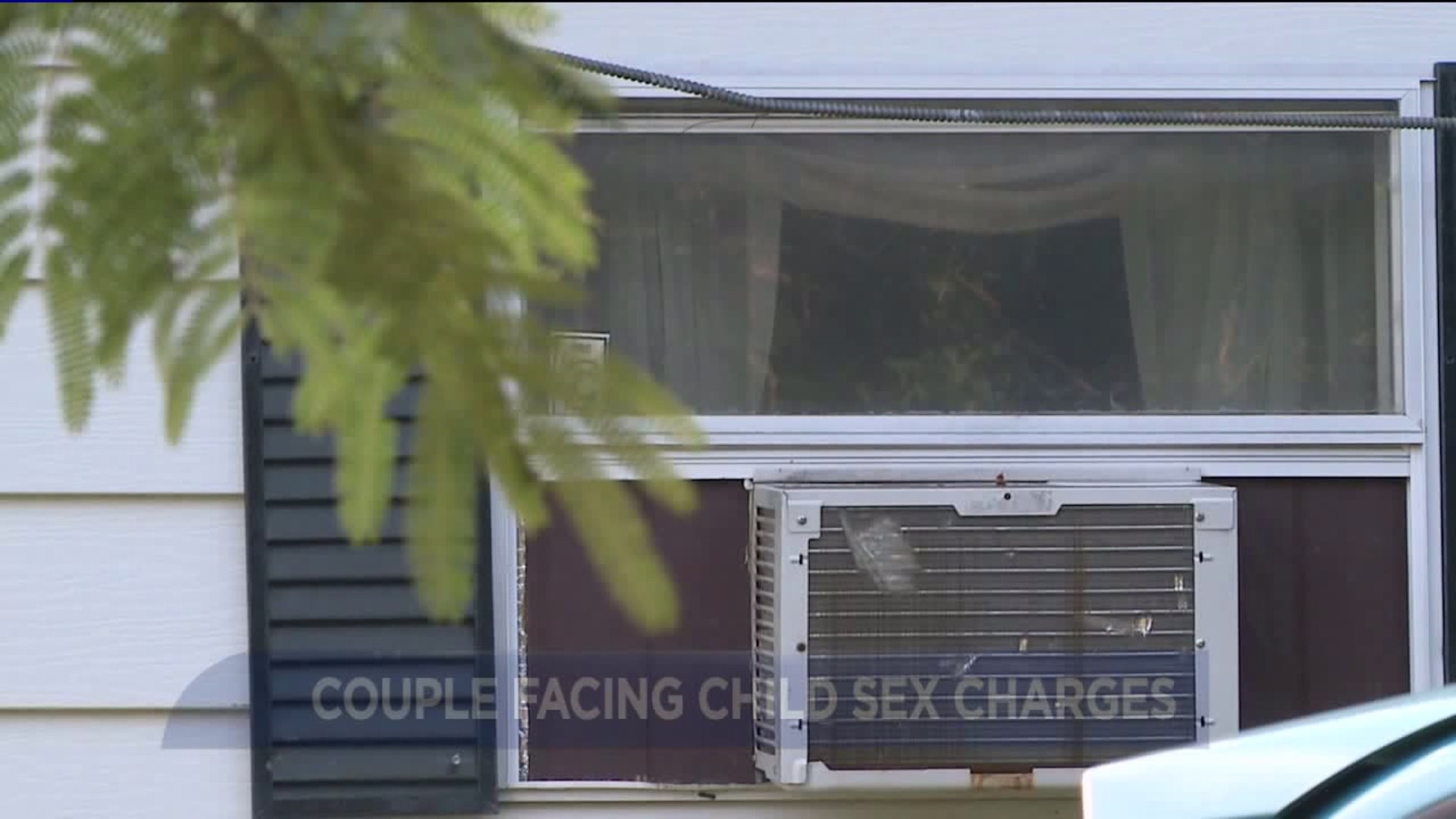 EAST CAMERON TOWNSHIP, Pa. -- A couple is behind bars in Northumberland County, accused of inappropriate sexual behavior with a 14-year-old girl.

Police say 62-year-old Ernest Segura had sexual contact and took nude pictures of the teenager while his girlfriend, 23-year-old Monique Thomas, watched at their home near Shamokin.

State police say it was inside a house on Upper Road near Shamokin that a couple had inappropriate sexual contact with a 14-year-old girl.

According to court papers that inappropriate contact happened on July 6th after the girl had met the couple at God's Chuckwagon, a soup kitchen in Shamokin.

Neighbors had heard about the arrests.

“It's the kind of thing that you never expect your neighbors or anybody else for that matter,” said Gary Hendricks.

Investigators say Thomas invited the girl over to go swimming in their pool.

At the house, Segura told the girl to get into a bikini in their bedroom, even lifting up her shirt and unbuckling her bra.

Police say he showed her photographs of sexually explicit females, telling the girl he was a professional photographer and that they were playing “fashion show”, all in Thomas's presence.

Police say Segura then performed a sex act on the girl.

At the couple's home, the search warrant remained posted on the door.

He says the couple and the teenager were all here doing community service for probation and it appeared the teenager already knew Thomas.

“Juvenile probation brought this other girl here who instantly went up to her, gave her a hug and said it's nice seeing you again,” said Bowers.

Reverend Bowers says due to the negative publicity he's afraid his soup kitchen may close.

He tells us some sponsors are pulling away from God's Chuckwagon.