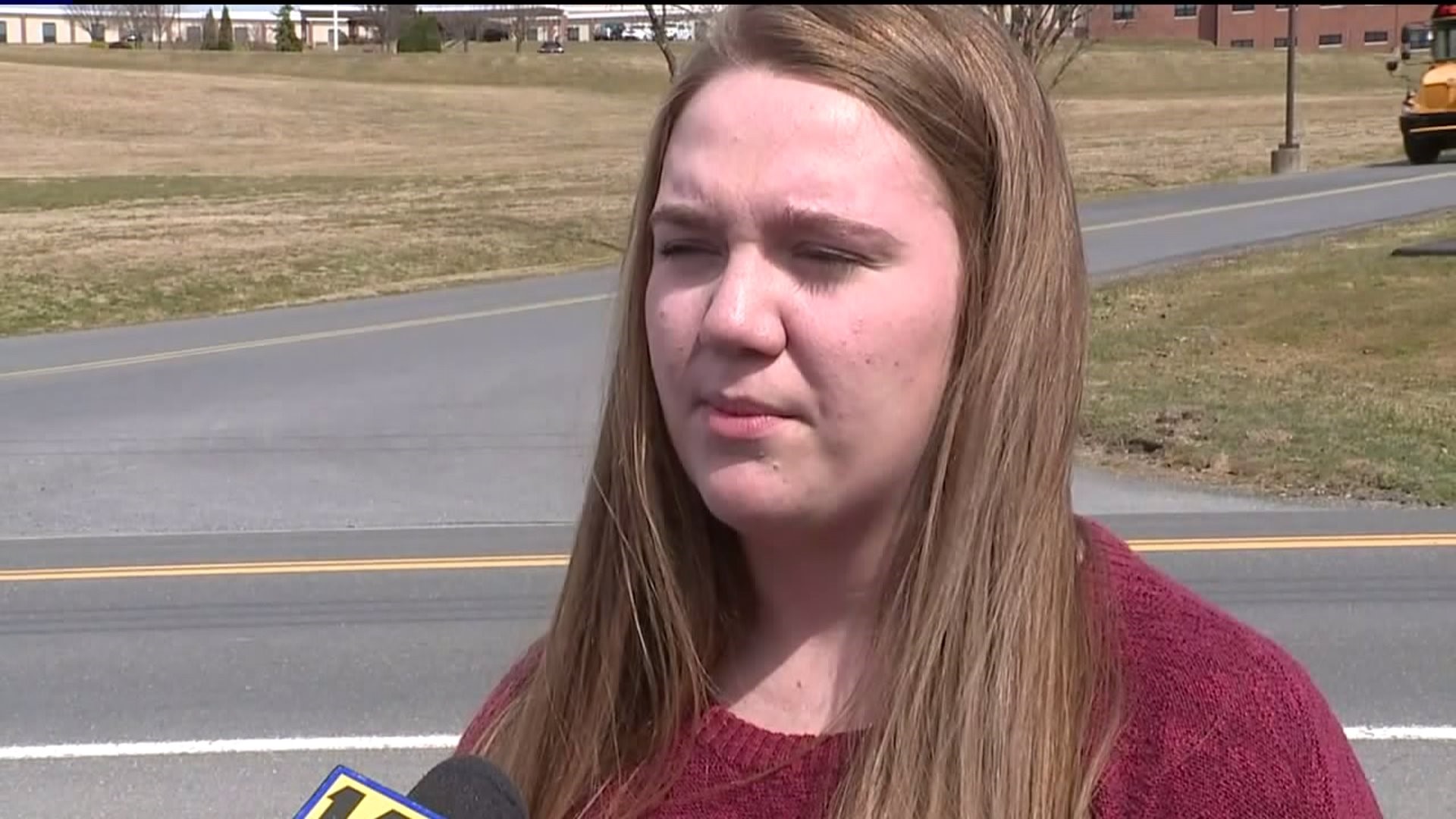 JACKSON TOWNSHIP, Pa. -- Caitlin Keim and Stevie Snyder are editors of the yearbook at Line Mountain High School near Herndon. They're trying to make sure all their classmates are included in the yearbook, including Logan Sandefer who died by suicide last year.

"We had no intentions of ever talking about how Logan passed away or anything to do with that. We just wanted a remembrance in general about him," Snyder said.

The students asked the school board if they could have a memorial page for Logan in the yearbook.

"When we went they basically shot the memorial page down," Keim said.

School board members referred the students to Line Mountain School District's policy, which lists memorials to those who died by suicide as unacceptable.

"We feel like he deserves more and that it shouldn't be based off of how he died, just to remember the life that he had," Keim said.

"I feel as though one life, no matter how it was brought to an end, that they should be remembered just as the next should be," Kaitlyn said.

The Line Mountain superintendent tells Newswatch 16 the student will be pictured in the yearbook with the rest of the senior class, just not on a separate page of his own.

The superintendent says, "We will remember students in the yearbook, but we will not memorialize suicide."

The yearbook controversy is a topic of conversation for people who live in the Line Mountain School District.

"I don't think it's glorifying suicide. I think it's just remembering someone who has passed," Vanessa Foulds said.

The yearbook club started an online petition and got more than 600 signatures in the first twelve hours. The number for the National Suicide Prevention Lifeline is 1-800-273-8255.