Conagra Foods to Lay Off 140 Employees

MILTON — Northumberland County’s fourth largest employer announced Thursday it is laying off about 140 employees.  The layoffs at Conagra Foods will... 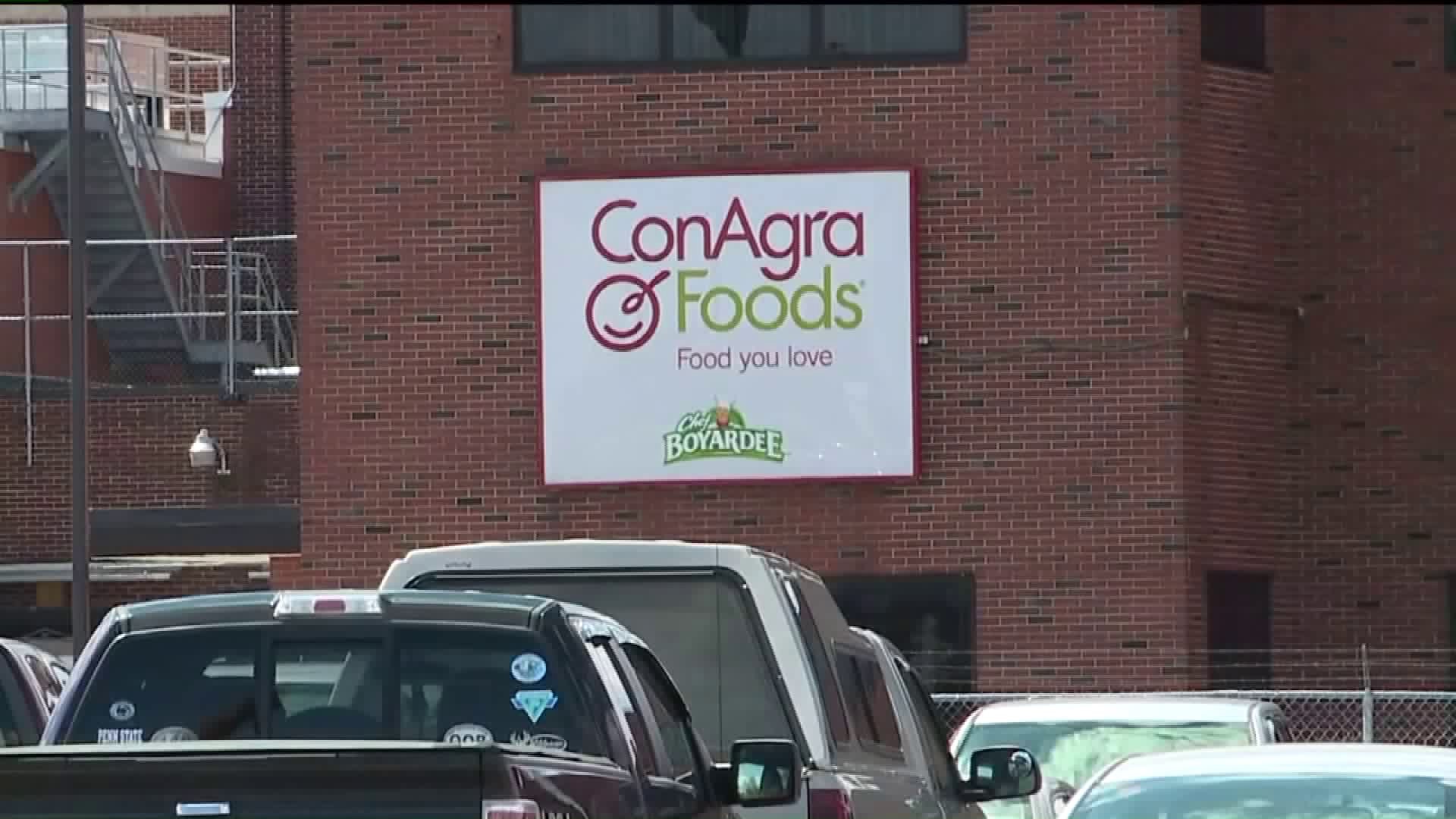 MILTON -- Northumberland County's fourth largest employer announced Thursday it is laying off about 140 employees.  The layoffs at Conagra Foods will happen sometime in the next few months.

Nick Costagliola owns Pizza Time, a restaurant on South Front Street in Milton.  He gets a lot of customers from Conagra Foods.

"I get a lot of turnover from them. They get a lot of pizzas from me. They come in a lot, first shift, second shift, third shift," Costagliola said.

Lisa's Milltown Deli on Broadway Street is in the same boat.

"Not only do they come in, but we do a lot of deliveries. So we deliver pretty big-sized orders over there," Scott Ficks said.

With 850 employees, Conagra is listed as Northumberland County's fourth largest employer on the state labor and industry's website.  Conagra manufactures food, such as Chef Boyardi products.  Officials just announced at Conagra announced they are laying off 16 percent of their workforce.  That's about 140 employees.

"It really hurts when they've been working there for 20 plus years and then all of a sudden just like that they just decide to lay a bunch of people off," Ficks said.

Conagra is laying off some of its third shift production employees.

An official with the company tells Newswatch 16, "We are communicating with the Milton team about a decision to reduce production so we can operate as efficiently as possible and stay competitive."

It's hard to find anyone in Milton who doesn't know someone who works or who has worked at Conagra.

"Almost all of my family members and their kids have either worked there or want to work there," Ficks said.

"That was always the place that was coveted.  They paid well, helped support a lot of people's families, so it's definitely a shame to hear about so many people getting laid off because that's going to hurt so many families," Mitchell said.

Officials with Conagra don't know when the layoffs will be, but Conagra's communications director says they will happen within the next few months.