SUNBURY — Crews continued to clean up the mess left after a fire tore through the Northumberland County Prison Wednesday. Inmates were forced from the pri... 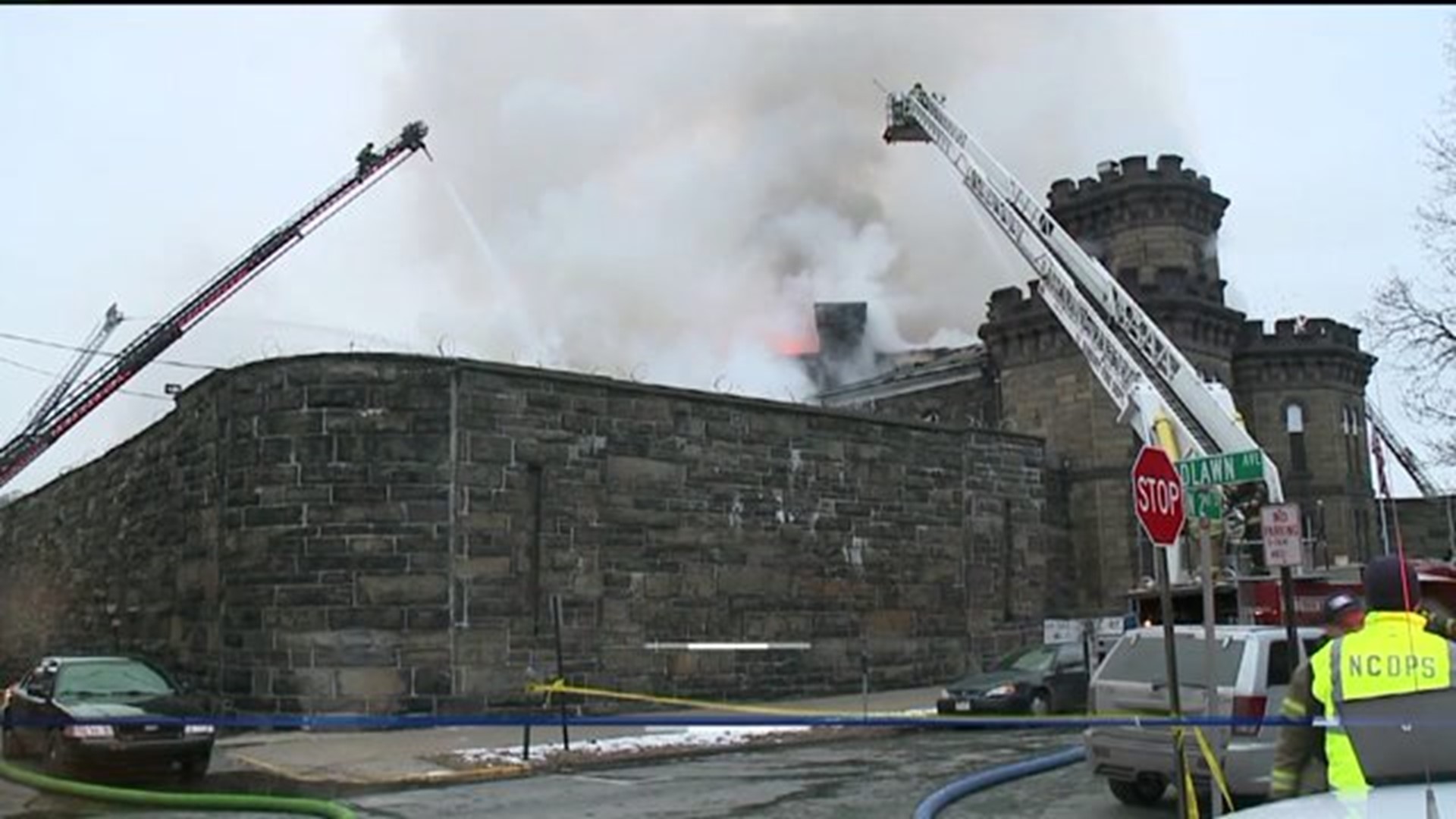 SUNBURY -- Crews continued to clean up the mess left after a fire tore through the Northumberland County Prison Wednesday.

Inmates were forced from the prison and had to be transferred to other state facilities.

It was the fire as much as the inmates that had some people in the community worried.

What was supposed to be a blue sky ended up as a cloud of gray smoke over Sunbury as people in the area watched their 150-year-old prison destroyed by flames.

"When I came up over the hill on Route 15 at Winfield, you couldn't barely see to drive. There was that much smoke," said Tim Brandau of Paxinos.

It wasn't just the smoke billowing across the area that had people nearby nervous.

"It's unspeakable. I mean, seeing all this smoke. It's scary, basically."

"Exactly, you're kind of afraid if any of them will escape," said Lynnann Dillman of Sunbury.

Sue Stewart lives right by the Northumberland County Prison. Stewart is so close to the prison that she's one of more than a dozen homes without power after the fire.

"It was nuts. A little nervous about the animals and stuff like that," Stewart said.

Stewart had a front row seat as officers from across the Susquehanna Valley helped escort out more than 200 inmates.

While the thought of convicted criminals covering the streets might scare some, Stewart said she felt as safe as always.

"I knew they had it covered. I saw the guys coming down the sidewalk here. They had M16's and everything. They were packing."

An investigation is underway and the fire marshal will be on scene Thursday.