NORTHUMBERLAND COUNTY, Pa. — The 3-year-old girl who was allegedly beaten by her mother’s boyfriend in Northumberland County has died. Arabella Park... 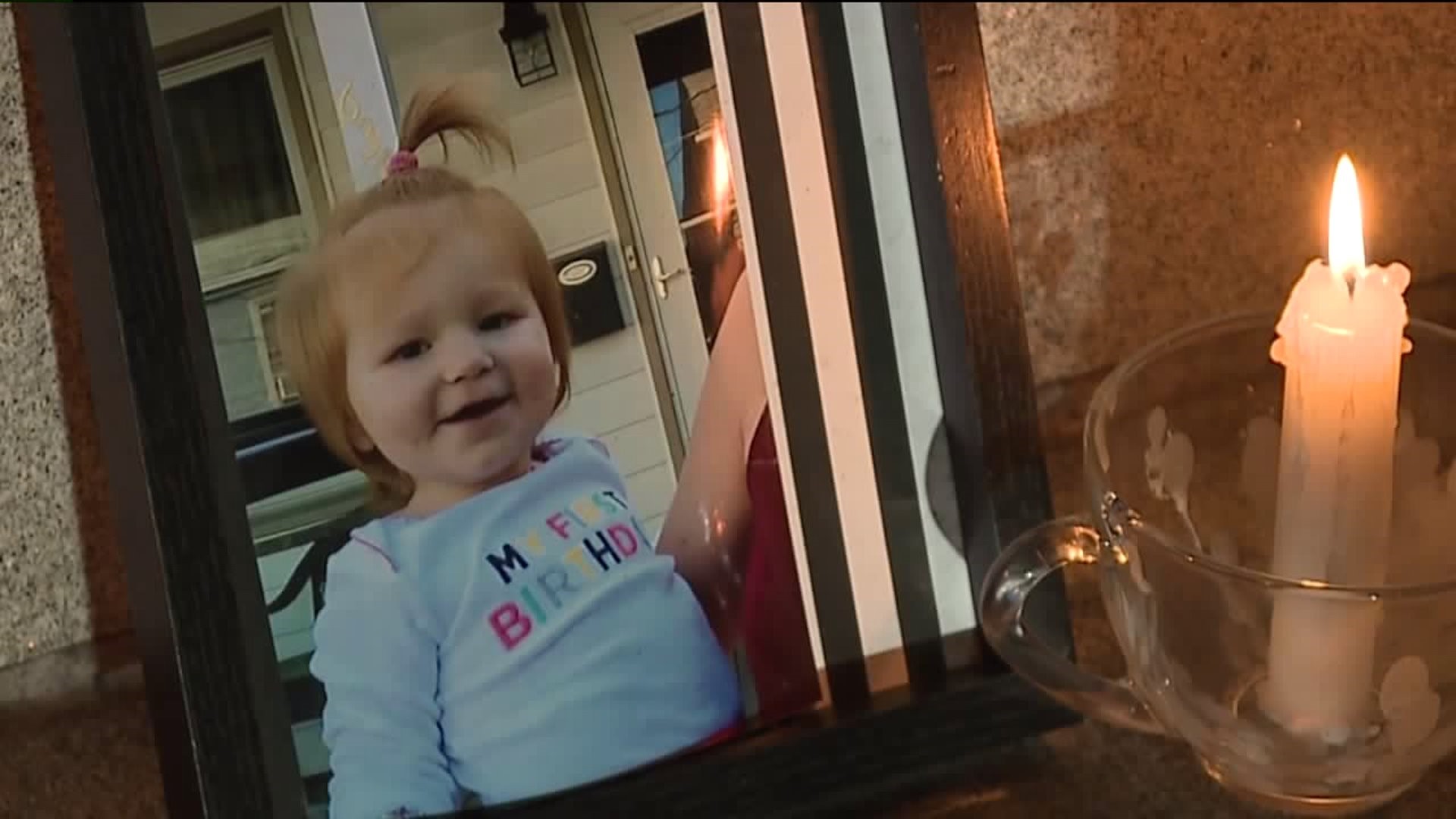 NORTHUMBERLAND COUNTY, Pa. -- The 3-year-old girl who was allegedly beaten by her mother's boyfriend in Northumberland County has died.

Arabella Parker was in critical condition for more than a month when the family took her off her ventilator this past Wednesday.

Anna Maxwell says her heart goes out to the family of Arabella Parker who have been living a nightmare for more than a month.

Arabella had been in critical condition at Geisinger Medical Center near Danville after state police say her mother's boyfriend, Jahrid Burgess, 19, brutally beat the child at her home near Trevorton on October 10.

On Wednesday, the family made the tough decision to take her off her ventilator. For for a while, she was breathing on her own, but she died Friday afternoon.

“That little girl has touched everybody,” said Maxwell. “That little girl went from being on a ventilator to breathing on her own, to actually kicking butt and then, finally, she fought too long, and finally, it's her time and he called upstairs and she'll be much more happier and at peace up there.”

Pastor Mark Gittens with Higher Hope Church in Sunbury was with the family at the hospital through it all.

“Just broke my heart, but I don't think it was without purpose, seeing her go through that struggle. Seeing her fight and fight really gave me a perspective,” said Pastor Gittens.

Police arrested Burgess on aggravated assault and other charges.

Delcamp is also facing an additional charge of child endangerment.

“That same fight that's in that girl, we need that as a community to combat this very preventable reality of child abuse,” said Pastor Gittens.

For Maxwell, the only comfort right now is looking forward to seeing justice be done for Arabella.

“She did not need that abuse,” said Maxwell. “And Jahrid? I'm not sorry to say it, even if he sees me or doesn't see me, you are not getting out of there. You are going to pay for what did to that little girl.”

Investigators are expected to file homicide charges against Jahrid Burgess for Arabella's death.