SUNBURY, Pa. — A rock slide in Northumberland County forced a busy road to be shut down for much of the day. PennDOT was finally able to reopen the road T... 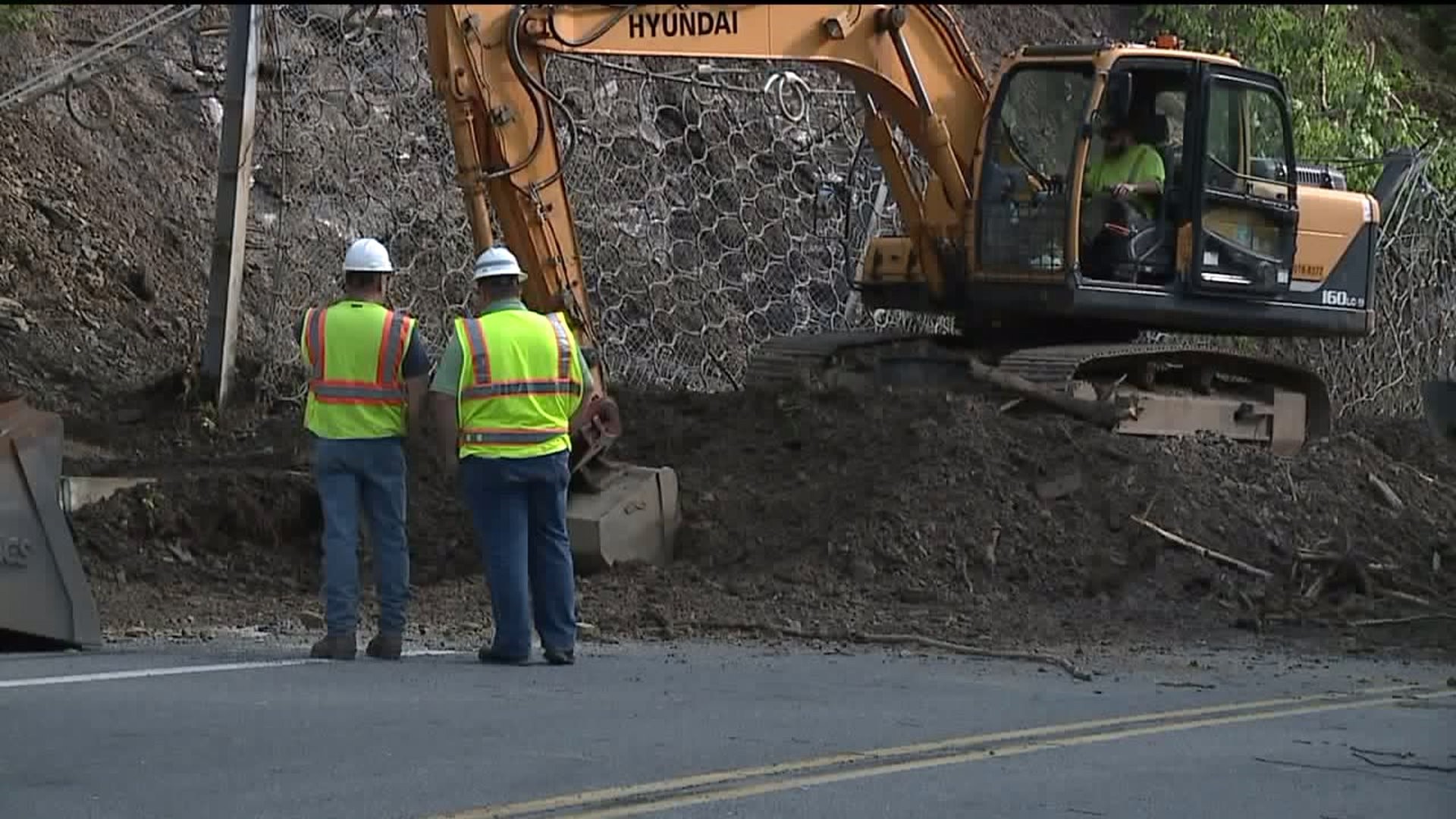 SUNBURY, Pa. -- A rock slide in Northumberland County forced a busy road to be shut down for much of the day.

PennDOT was finally able to reopen the road Tuesday evening, but it won't be able to stay that way.

The road will be closed again Wednesday morning as PennDOT crews continue to clear debris.

PennDOT crews have quite a mess on their hands after trees, rocks, and debris covered both lanes of Route 147 in Sunbury. The road was closed from 7 a.m. until 7 p.m.

Crews were able to remove enough debris to reopen the road Tuesday night, but to complete the cleanup, PennDOT will close the stretch of Route 147 again at 9 a.m. Wednesday.

Fred Beaver works at a Valero gas station right next to the road closed signs. Beaver says instead of ringing people up, he spent much of his day giving directions.

"The whole area is under construction basically everywhere you go," Beaver said.

Beaver says the road closure is bad for business. He usually has double the customers.

"Because of the road being closed, not a lot of people are coming by, so we have no business," he added.

There is a detour in place, but people we spoke to say what should have been a 15-minute drive took much longer.

"I had to go an hour out of my way to get to work, so it took me a lot longer to get work. I was actually late," said Connie Getz of Sunbury.

PennDOT officials say they're still looking into the cause of the rock slide, but they suspect that all the recent heavy rain could be to blame.

"We have had a lot of rain, so I guess it shouldn't surprise me. I've seen it at other places where rocks have come down on a different road," said Sandy Lenahan of Shamokin.

Drivers we spoke to say they're starting to get used to rock slides happening here.

"We thought that the fence that they put in would help, but they've still had rock slides there," Getz said.

PennDOT officials tell Newswatch 16 they hope to have all of the debris on Route 147 cleared by the end of Wednesday.