RALPHO TOWNSHIP, Pa. — The people of Elysburg are coming together to help a chimney sweep who was badly hurt on the job. Anne Linn has been driving back a... 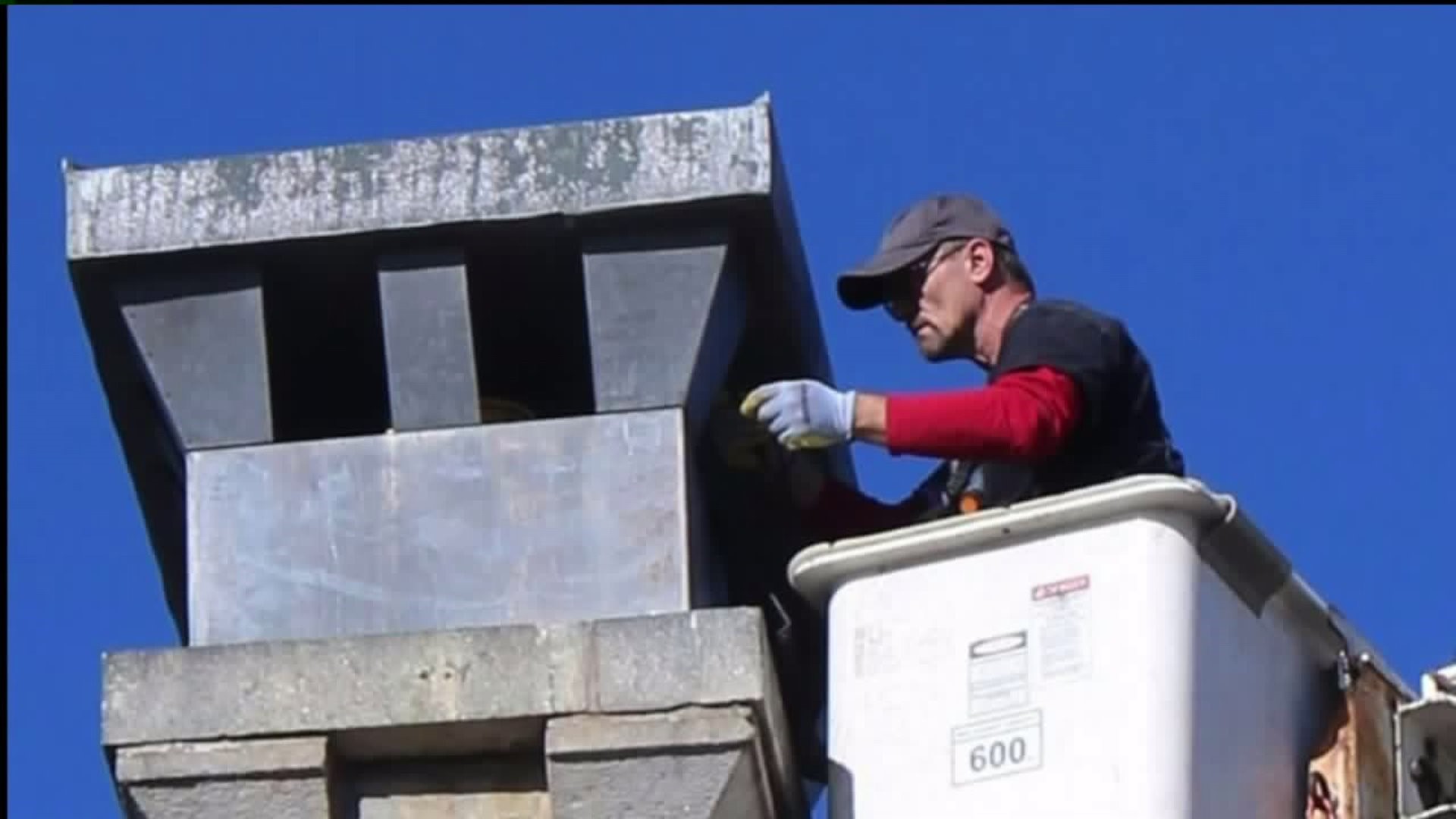 RALPHO TOWNSHIP, Pa. -- The people of Elysburg are coming together to help a chimney sweep who was badly hurt on the job.

Anne Linn has been driving back and forth from her home near Elysburg to Geisinger Medical Center near Danville. Her husband, Mark, is in the hospital's intensive care unit.

"He slid off the roof and fell three stories to the ground to grass," Anne said.

Mark Linn owns Benchmark Chimney Preservation and was finishing a job last Tuesday when he fell off a roof. He lay in the grass for nearly a half an hour until the homeowner found him.

"Seven fractured vertebrae, two of them are shattered, 12 broken ribs, and a broken clavicle," Anne said.

Mark also has internal bleeding and two collapsed lungs. But his head and neck were not hurt, and he has full movement of his arms and legs. Newswatch 16 interviewed Mark Linn several times over the years to discuss chimney cleaning.

The Elysburg community and beyond has reached out to help Mark and his family in any way they can.

"It's phenomenal. Everyone is just what do you need," Anne said.

Since Mark is self-employed, he will not have income while he recovers. Some friends set up a GoFundMe page to help the family. Local church groups are helping in other ways.

"I had the opportunity with one of our church elders to go visit him in the hospital. I was just amazed at how resilient the guy is," Pastor Andrew Knisely said.

Pastor Andrew Knisely is from Elysburg Alliance Church. He says Mark cleans the chimneys at the church for free. The church put Mark on its prayer chain.

"Mark is one of those guys who is larger than life. He is so kind and giving," Knisely said.

For a link to Mark's GoFundMe page, click here.