Cause of Shamokin Landmark Building Fire Still Under Investigation

SHAMOKIN — State police are still determining the cause of the fire that destroyed a building in Shamokin. Even a day later, the people of Shamokin can... 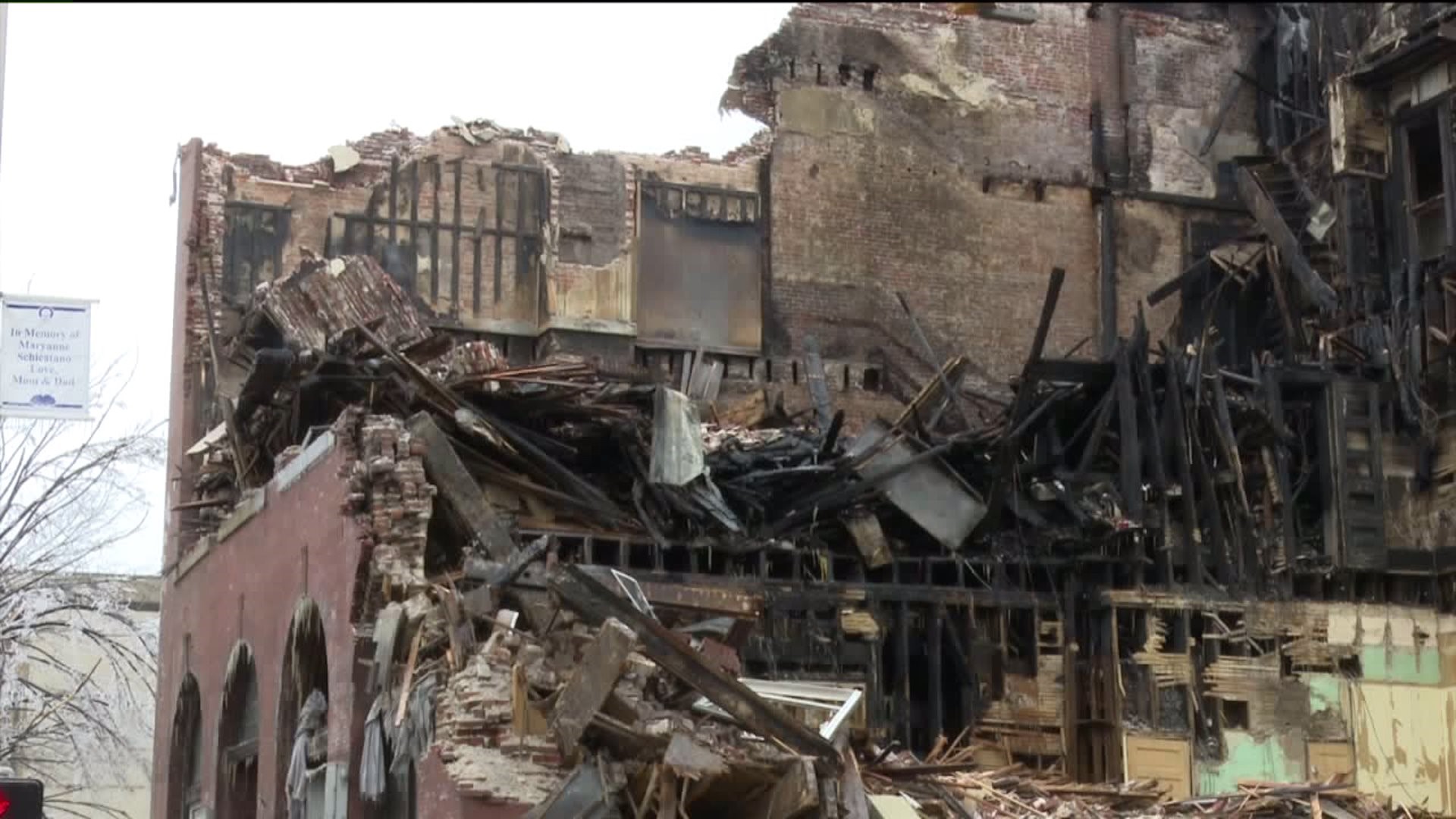 SHAMOKIN -- State police are still determining the cause of the fire that destroyed a building in Shamokin.

Even a day later, the people of Shamokin can't help but stare at what has become of this significant piece of the city's history

"It's devastating," Barbara Heim of Tharptown said. "You could cry looking at the building now."

"I didn't know that it went this far," Jessica Davis of Shamokin said. "We heard the fire trucks coming. Didn't expect it to go that far."

"It's crazy because somebody actually stopped and started crying," Davis said.

Many people gathered around the building throughout the day to take pictures and reminisce.

"It just brings back a lot of memories," Shamokin native Lawrence Dudeck said. "We used to hang out there when we were teenagers tears and years ago. This was back in the 70s."

The building was home to a bakery, a Masonic temple, and other businesses.

Coal Region Vegans is across the street. Workers there said it'll take some time to get used to the new view outside of their store.

"I keep thinking, from the front of our building, when I look in that direction, it will be the first time in, I think, 116 years that you'll be able to see the mountain," Coal Region Vegans organizer Maria Bressi said. "No one ever stood on that corner and looked and didn't see that building."

The city's administrator says the building will be torn down after the investigation into what caused the fire is finished.