Be Careful While Shoveling Snow

MOUNT CARMEL — One of the first things people do after a big snowfall is rush outside and shovel, but if you aren’t used to getting exercise, that c... 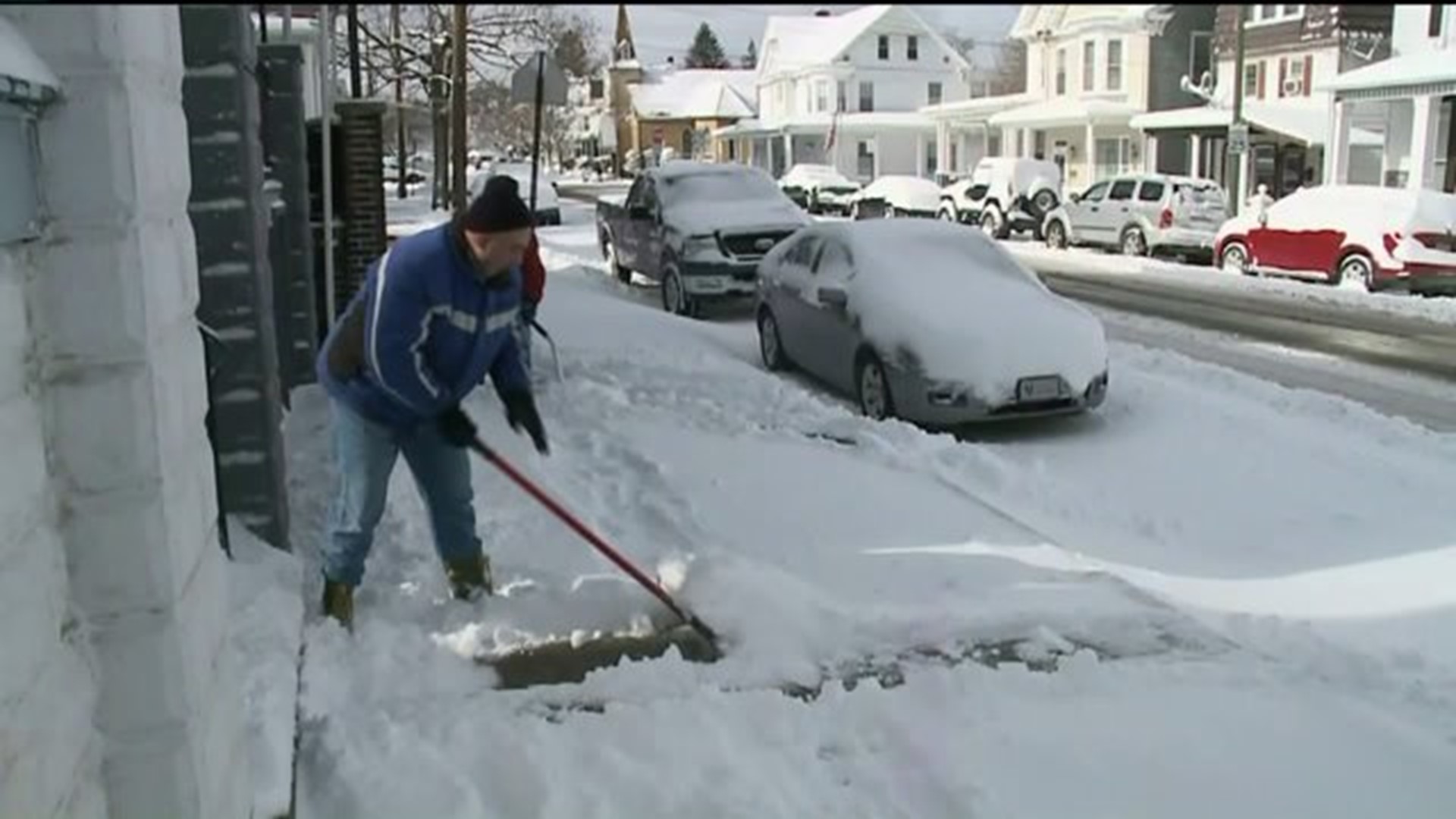 MOUNT CARMEL -- One of the first things people do after a big snowfall is rush outside and shovel, but if you aren't used to getting exercise, that can lead to heart problems and land you in the hospital.

Snow shoveling may not seem very hard but it's actually a very intense exercise that combines aerobics and large muscle groups. The cardiologist who spoke with Newswatch 16 says sometimes it's the most exercise someone gets in a year and it can be a heart attack waiting to happen.

Joe Wozney has lived in Mount Carmel for about 25 years. He's been here through many snow storms and started shoveling and using his snow blower first thing Thursday morning. But for Wozney and many others, shoveling snow is not the most pleasant activity.

"Makes you sore, makes you tired," he said.

"It's the only exercise I get," said Merlavage. "I just like doing it."

"And it's often the most exercise someone will get in a year. Often there is no warm up. No one warms up and then goes out exercising, shoveling snow, because we don't think of it as typical exercise," said Dr. Skelding.

Dr. Skelding also says people are at risk for heart attacks while shoveling snow because while you're outside in the cold weather, your blood vessels get smaller.

The doctor recommends taking it slow, and if you start to feel a shortness of breath, take a break.

"Or find someone else, find a neighborhood boy, girl that can come and help you shovel, just to make sure that you're safe," the doctor recommended.

The doctor also says when shoveling snow, use a smaller shovel so you're forced to go slower.