RALPHO TOWNSHIP — Emergency workers at an ambulance company in Shamokin are usually answering rescue calls. Friday morning, by accident they ended up find... 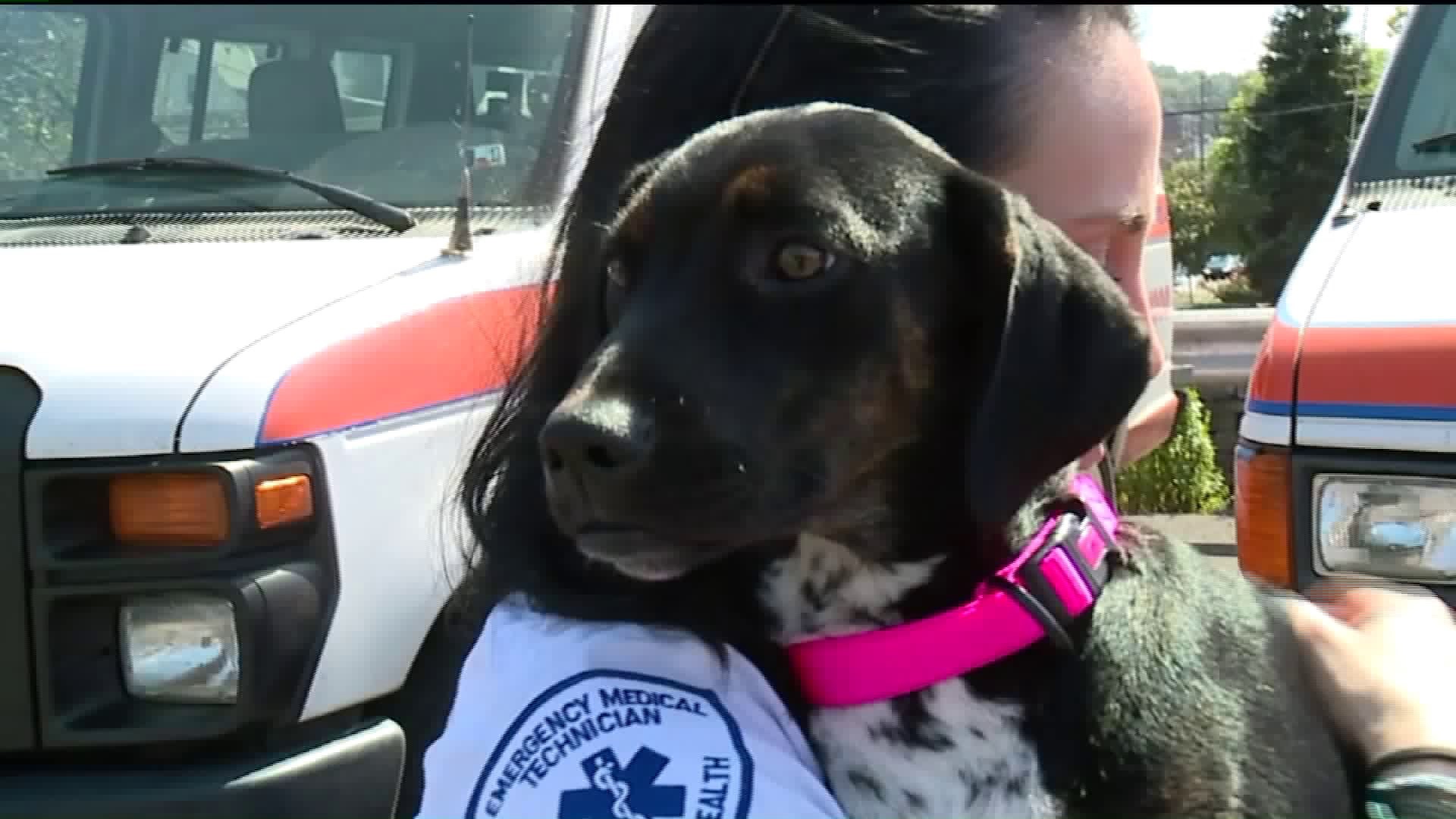 RALPHO TOWNSHIP -- Emergency workers at an ambulance company in Shamokin are usually answering rescue calls. Friday morning, by accident they ended up finding and saving a few abandoned animals.

EMTs at Area Services in Shamokin usually fill up the ambulances at a gas station down the road on route 61. When one team drove down the busy highway Friday morning they noticed something different across the street.

"There were two adult cats and two kittens the kittens are estimated to be only three and a half weeks old," said Shannon Cohan.

Shannon Cohan helps rescue animals. She doesn't know when, but two cats, two kittens, and a puppy were abandoned on the side of the road.  The cats in a box, the puppy tied up.

"She would have chewed through her leash and gotten loose she would have been running on the highway,” said Cohan.

Now, thanks to those EMTs instead, that puppy they think is about 5 or 6 months old is all cleaned up and safe.

"She gets that fancy and that look like I'm the queen," said Shayla Hendricks.

Hendricks says this isn't the first time she's heard about animals being abandoned in the area.

"I found abandoned kittens in boxes in the parking lot. I once found a crate with some puppies in it," said Hendricks.

The people who rescued the cats and dog believe the owners who abandoned the animals may have thought it was a good idea to leave them on the side of the road close to a sign for an animal clinic. Rescuers tell us it's never a good idea to abandon your animal. Bring it to a shelter.

"Find any way possible of having someone else take care of the animals there are several rescues in the area," said Cohan.

As for the people or person who abandoned the animals, Cohan would like to see them fined.

"It's just sad that they thought that was their only way out was to leave them on the side of the road," said Cohan.

Click here to find out how you can adopt.