American Flag Replaced in Shamokin After Being Stolen

SHAMOKIN, Pa. — There is some outrage in the city of Shamokin after someone stole an American flag right off its pole. Police are looking for whoever is r... 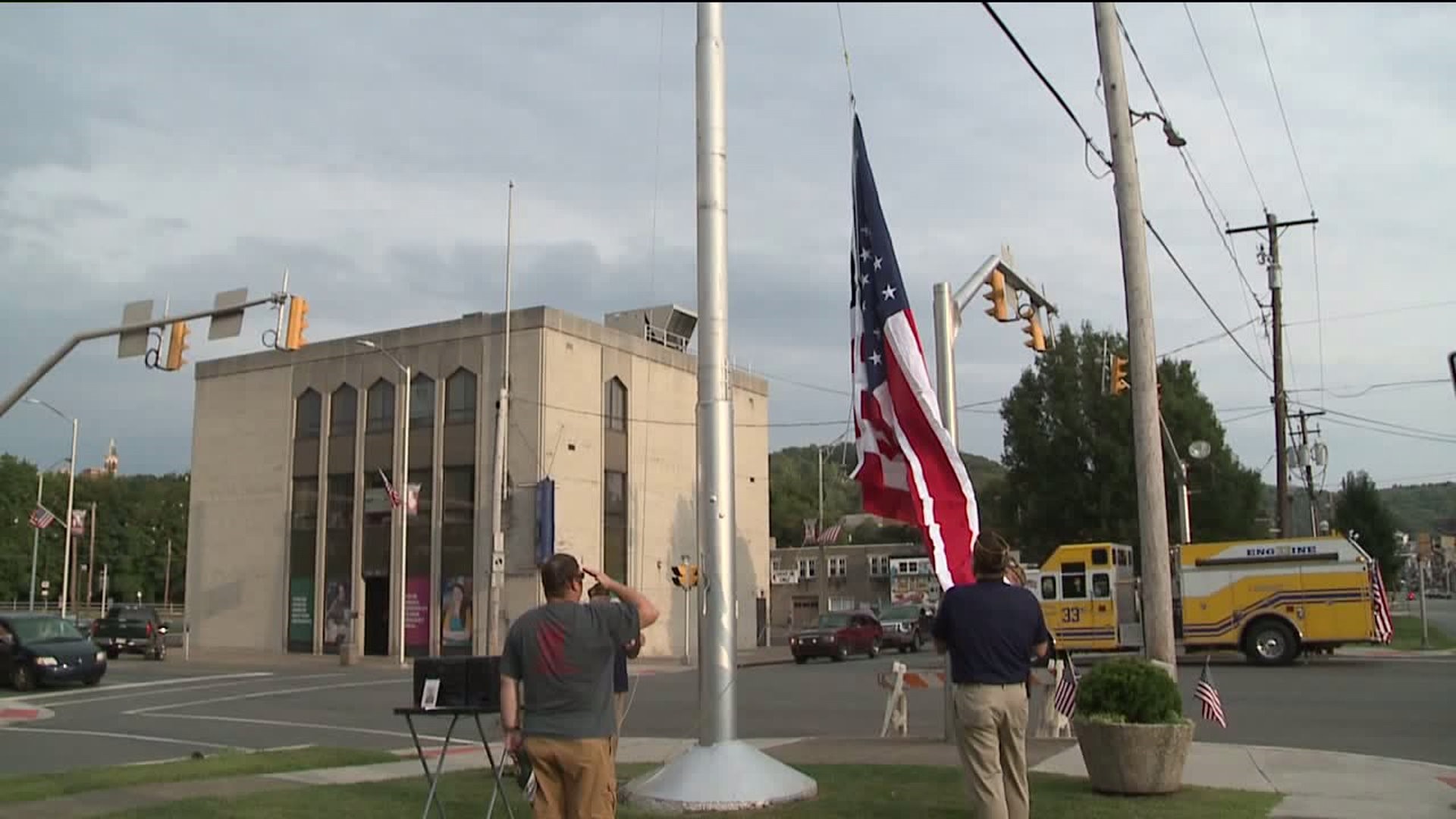 SHAMOKIN, Pa. -- There is some outrage in the city of Shamokin after someone stole an American flag right off its pole.

Police are looking for whoever is responsible. Meanwhile, veterans who care for the flag have already worked to replace it.

Flying over the city at 10 feet by 15 feet, the flag is a staple in the community. The stolen flag has been replaced, but people are still left wondering why someone would rip it off the pole in the first place.

Veterans were extremely offended someone would swipe the American flag.

"When we sign that paperwork, we run the risk of coming home in a flag-draped coffin. That's what the symbol means to us," Schenewerk said.

When people in Shamokin learned of the theft, donations poured into the VFW for a replacement flag, which cost about $200.

"It's back up, so we won, not the people who stole it," said Schenewerk.

There is now a lock on the flagpole. Veterans also want to put a box around the flag cleats to prevent this from ever happening again.

"I'm very happy that it's going to be back. One of the things I did think about was how in the world did they get that down? Because it would've not taken just one or two minutes, it would have taken some good time to get that down," said Bridget Smink of Kulpmont.

Police say the flag was stolen sometime late last Thursday night or early Friday morning. People in town don't know how someone could even take a 15 by 10 foot flag, but what matters to them most is that a flag is now flying over their city once again.

"We're like, this is great because it was so quick and there is a lot of pride in this town, and there are a lot of good people," said Denise Brown of Shamokin.

Police are still looking for the thief.