Members of the Shamokin High School marching band came out to show their support by performing music for the Mountain View Nursing and Rehabilitation Center. 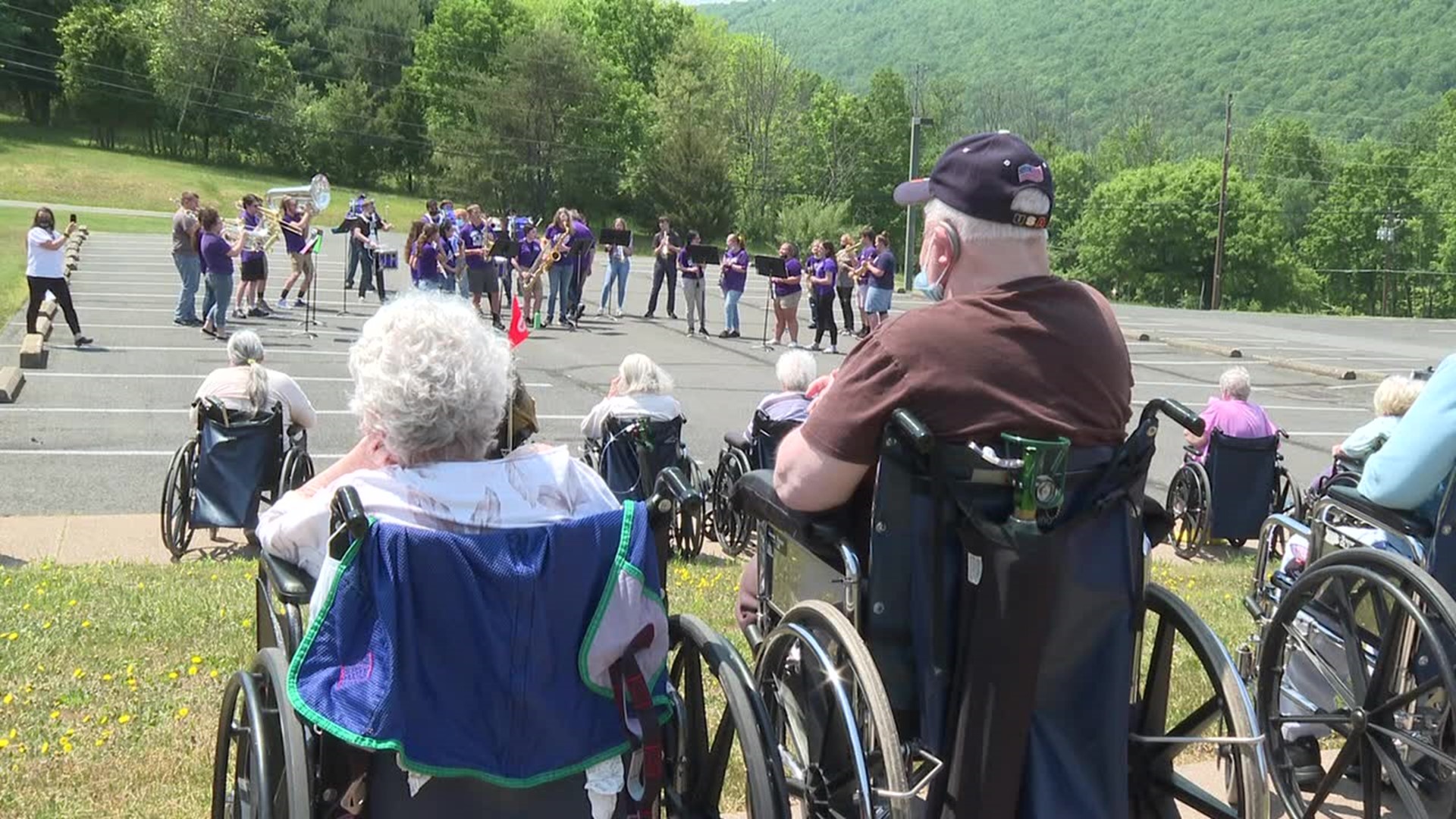 SHAMOKIN, Pa. — Residents from Mountain View Nursing and Rehabilitation Center near Shamokin were up on their feet and given front row seats to a concert, all for themselves.

Members of the Shamokin High School marching band came out to show their support by performing music for the residents who had a tough year dealing with the pandemic.

"I remember about a year ago when Mountain View was like the highest place around with bad numbers and everything going on, so it's so great that these people can finally have a little more happiness and joy in their life, and I'm glad we can help with it," said senior Joshua Bashore.

It's a first for the residents, who got the idea after seeing a Newswatch 16 report about the Shikellamy Area High School marching band perform for two facilities in Sunbury.

"I saw that the other place had the band, and I wanted the band. I wanted our band," said Mountain View resident Linda Shaffer.

The marching band performed several songs for the residents at Mountain View. Many said they were grateful for the performance.

"You feel good because you feel like you're not forgotten," said resident Renne Valentine. "My family's like three hours away, so it gets kind of lonely."

"It makes you feel good, you know, that you appreciated no matter how old you're getting," said resident Linda Pollerd.

Katie Downs with Geisinger Hospice organized the event. She says music is essential for the residents.

"It increases mentally, emotionally, socio-socially, and it's just something we wanted to do to give back to them," said Downs.

If any other school districts in central Pennsylvania are interested in doing a similar event, you can email Katie Downs at kathryn.downs@lhcgroup.com or call her at 570-332-1082.