MILTON, Pa. — On a busy afternoon at Against the Grain barbershop in Milton, owner Frank Rodriguez is happy to see the line of customers waiting for hairc... 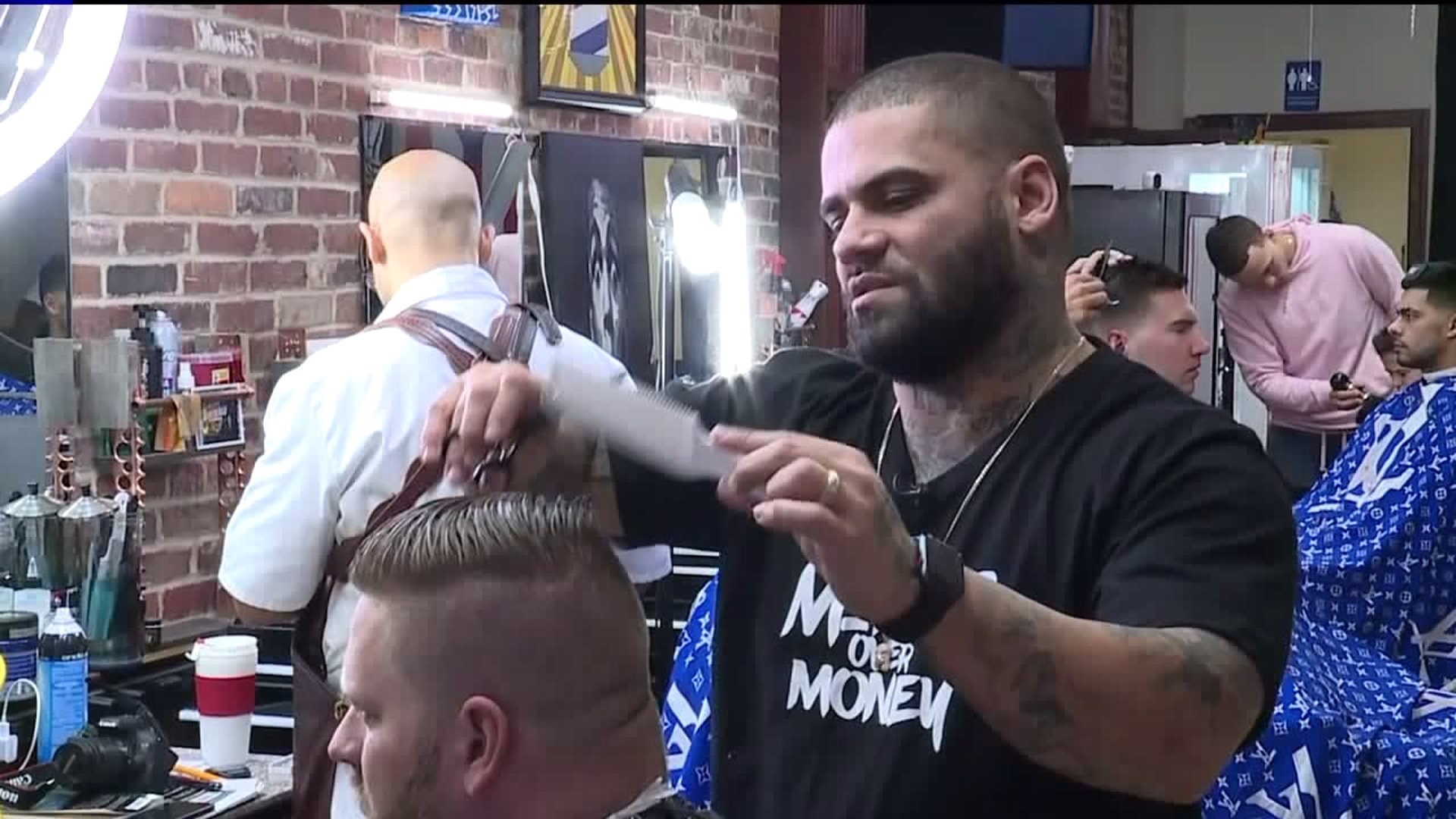 MILTON, Pa. -- On a busy afternoon at Against the Grain barbershop in Milton, owner Frank Rodriguez is happy to see the line of customers waiting for haircuts. Like many others, Frank is thankful for a lot this holiday season.

That wasn't the case just a few years ago. Frank's mother died in a car accident in 2004. He had to identify her body. A nurse recommended Frank take something for his nerves.

"She said that it was common," he recalled. "I took it, and it eventually led me to Percocet."

Percocet led to a heroin addiction. Frank was in and out of prison for 17 years starting at the age of 15. He says everything changed when he overdosed in April of 2016.

"I refused to have my children come see me in a casket for something that I did."

Since that day, Frank turned his life around.

"I was selling myself so short and my family short and I just got to the point where I got tired."

Two years ago, Frank started an outreach called Morals Over Money. Since that time, he's traveled to the Kensington section of Philadelphia 10 times to give free haircuts to the homeless.

"I try to build up our community and other communities also because there were times when I was tearing them down," Frank said.

On a recent Saturday afternoon, Frank and his coworkers, family, and friends went to Kensington with clippers in hand. They gave out clothing, food, and haircuts to the homeless.

Morals Over Money has also gone to Puerto Rico to help hurricane victims and held events at the Milton pool. The barbers at Against The Grain are all part of the outreach and look up to Frank.

"Bumping into Frank has definitely pushed me to the next level and overall has allowed me to trust in another person," said Frank's friend Pedro Reyes.

"Him being just a great person that he is, everything he does, and the way he carries himself," Frank's friend Russell Greene said.

"I think because he is so relatable, people want to be around him," said Joanne Troutman, executive director of the Greater Susquehanna Valley United Way.

Troutman met Frank last year when he started going into schools speaking to students about his journey.

"I think Frank brings to light those really difficult topics in an honest way," Troutman said.

Frank says kids used to look up to him for not so good things.

"For kids to look up to me for my character and my morals is probably the most important thing," Frank said.

Frank was recently named youth coordinator of an organization called Parent to Parent in Northumberland County. He will mentor children.

Frank Rodriguez is proof that if you don't like the path your life is on, you can change it.