Northumberland County father reunites with his son after 47 years

A father met his son, who currently lives in Utah, for the first time in 47 years at HIA. 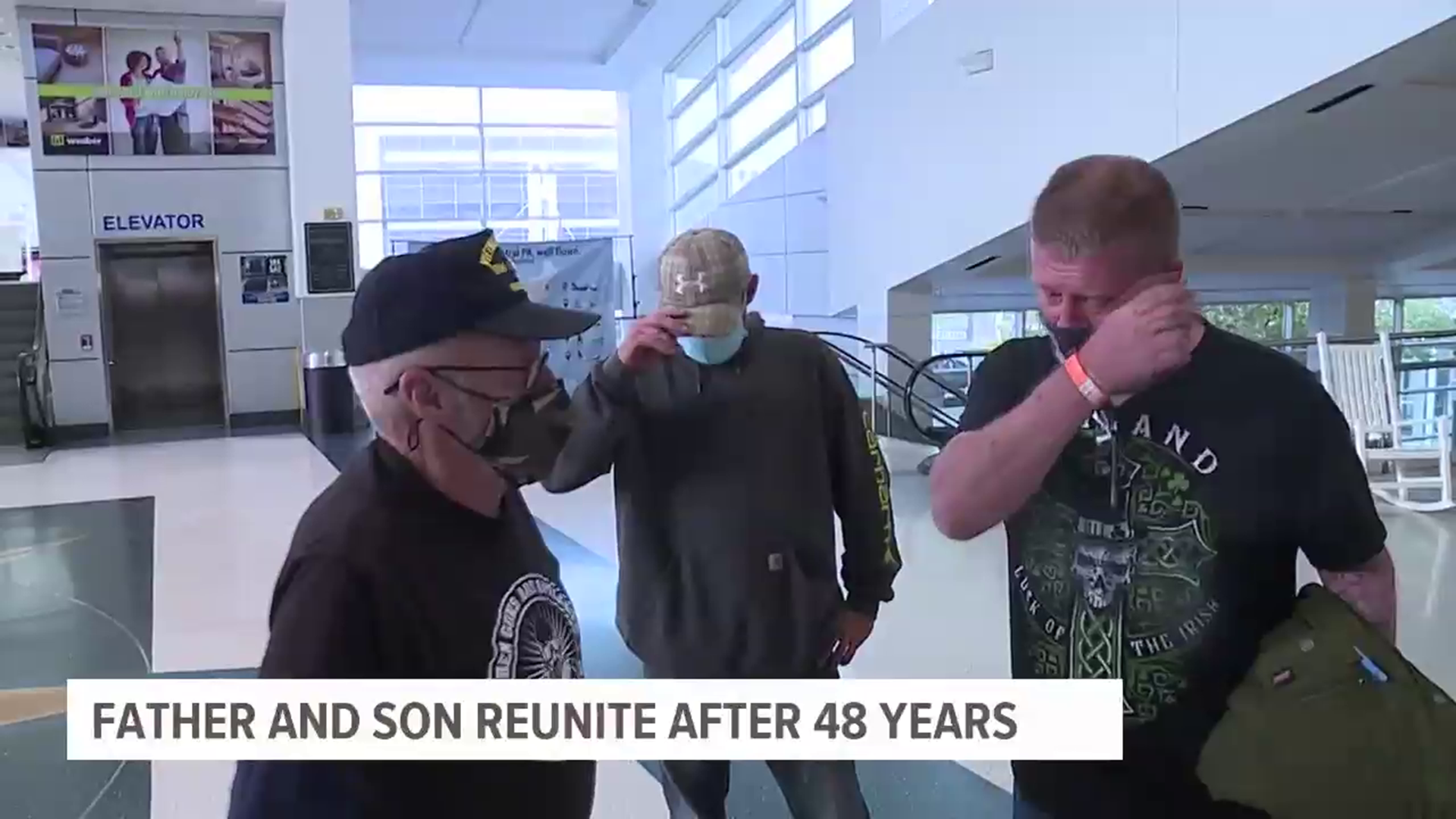 MIDDLETOWN, Pa. — It was a reunion that was long over-due. A father from Northumberland County met his son, who is currently living in Utah, after being separated for almost 48 years. The reunion happened Saturday at HIA Airport.

"It was a long flight," Bill Patrick Jr. said

A long flight marking the end of a long and emotional journey for this father and son.

"I told myself I wasn't going to get emotional," Bill Jr. said. "That didn't happen."

Bill Jr. shares the same name as his dad, and the same blood. But one thing they haven't shared are memories.

"Pretty much what I knew about dad was on the birth certificate," Bill Jr. said.

The last time the two saw each other, Bill Jr. was only 5-years-old. That was almost 48 years ago.

"My mom I guess took off with my two sisters and I the day after Easter I think in 1973," Bill Jr. said.

As fate would have it, Bill Jr. would be contacted by his aunt, who found him on Facebook two years ago. She connected the two.

"Oh yeah. I've been looking," Bill Sr. said. "My sister's been looking. My brother when he was alive he was still looking."

Over the years, Bill Sr. worked in construction and security. Bill Jr. joined the Air Force and would go on to have 4 kids and 5 grandkids.

And, coincidentally, both have been married to the loves of their lives for 31 years. Now the two talk or text each other at least 3-4 times a week.

"It's almost like that puzzle piece that's missing and kinda fitting into that place," Bill Jr. said.

Bill Jr. plans to spend the week with his dad before heading back to Utah.