Shooter in Custody, Trooper Being Treated for Gunshot Wounds 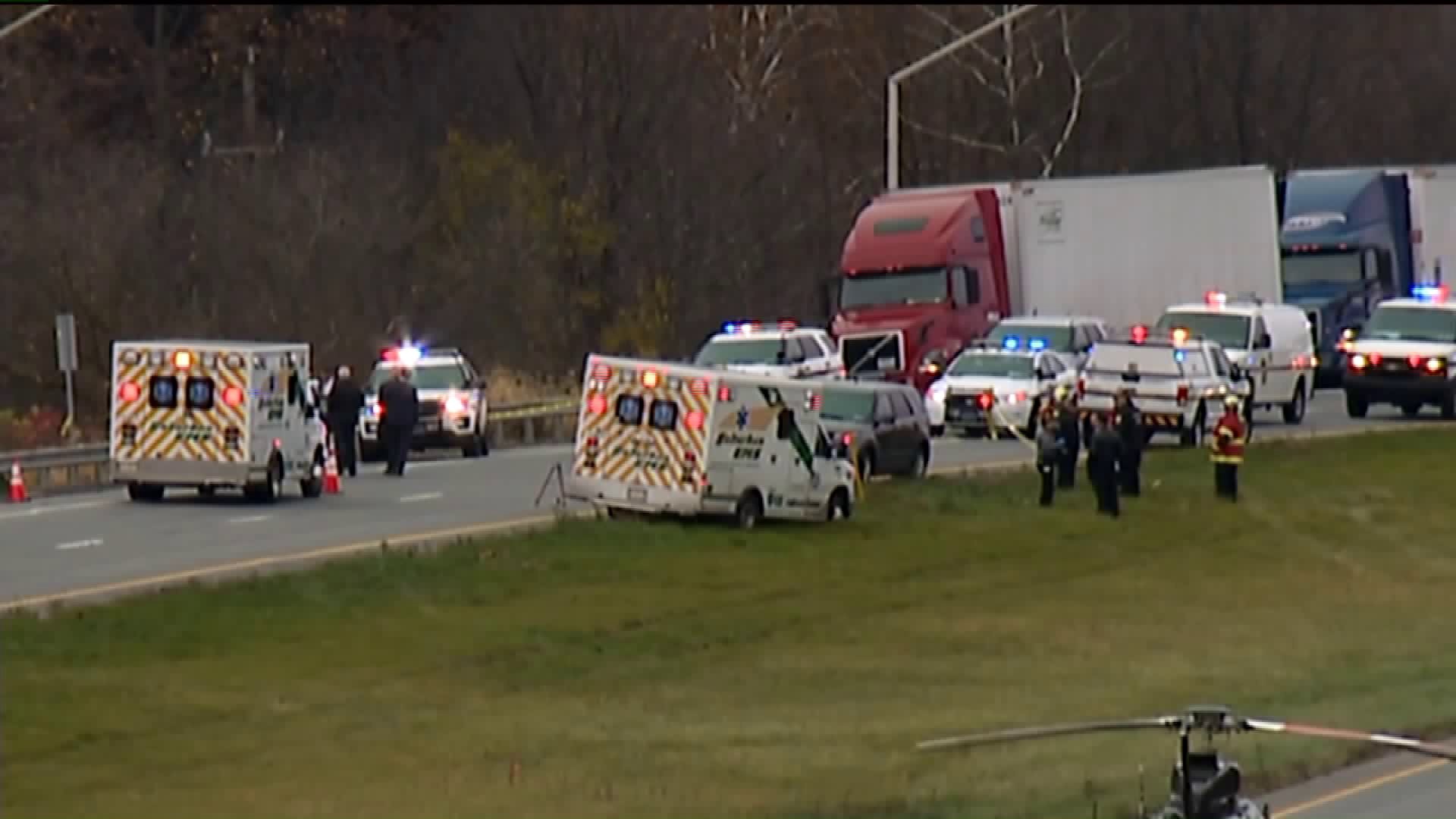 Authorities said it happened on Route 33 in the area of Route 191, near Stockertown, just before 11 a.m.

PSP Corporal shot & injured during traffic stop on Rt. 33 in the area of Rt. 191 in Plainfield Twp., Northampton Co. https://t.co/DdpE0ADrYh

Multiple state police vehicles, ambulances, and more filled a stretch of Route 33 near Nazareth in Northampton County. State police say a corporal from the Belfast barracks was shot in the line of duty during a routine traffic stop just before 11 a.m. Tuesday.

The corporal was flown to Saint Luke's Hospital near Bethlehem with multiple gunshot wounds.

"Our guy is up there fighting for his life. He is a warrior, and like I said, he went through a heck of a fight out there along the side of the road, and he has the will to live, and God willing, he is going to pull through this," said Capt. Richard D'Ambrosio, Pennsylvania State Police.

Troopers pulled over a man for speeding on Route 33. After he was given a citation, he was let go, but after further conversations with the troopers, it appeared the driver was intoxicated and backup was called in.

"The trooper goes to place the subject under arrest, and at this point, he begins to violently resist arrest. The troopers were in a knock-down drag-out fight along the side of the road with vehicles speeding by them and it got very, very violent," said Capt. D'Ambrosio. "The subject was able to free himself from troopers while they were wrestling on the ground, goes back to his vehicle, and retrieves a gun, takes the weapon out, and fires several shots at our troopers."

The corporal is listed in critical condition.

According to online court documents, Daniel Clary, 22, of Effort, was charged in connection with the shooting.

A news conference is scheduled for Wednesday morning.

Traffic being diverted on Route 33 southbound off Belfast exit to Tatamy. Police investigating a shooting involving a trooper. @WNEP pic.twitter.com/qC8KhDLDQi