Musikfest to be performed virtually due to pandemic

The Bethlehem multi-concert event that has been taking place since 1984. 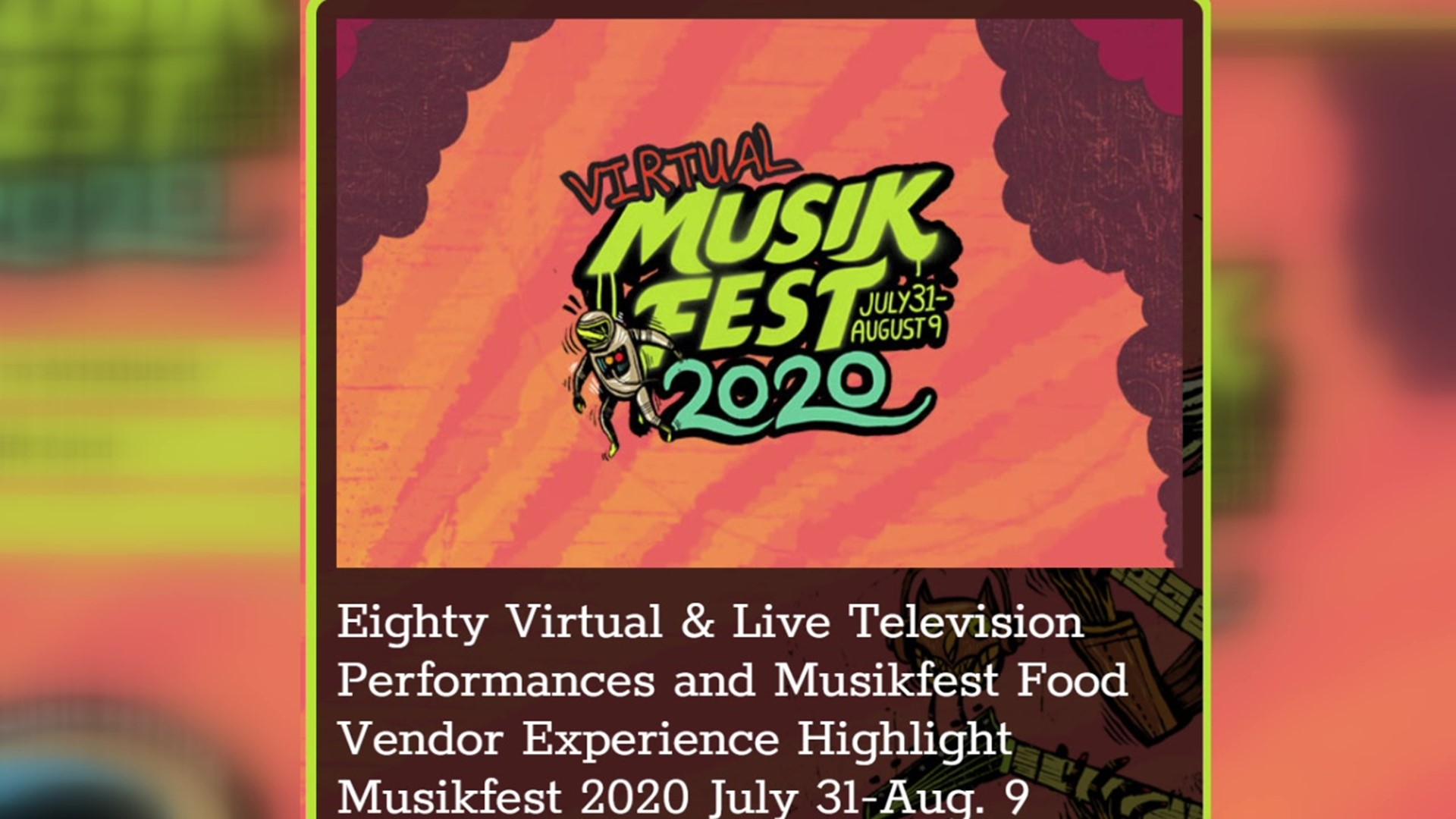 BETHLEHEM, Pa. — A popular event in the Lehigh Valley is still on but will have a very different look.

Organizers of the multi-day concert Musikfest said this year's performances will be done virtually due to the pandemic.

Musikfest is a multi-concert event held in the summer since 1984.

"I've been to Musikfest a few times in the past and its always been a really good time. Something we look forward to every summer," said Jessica Andreoni from Kutztown.

"It's just awesome because it just brings so many different people together, the venues are always cool," said Jacob Fenstermancher of Kutztown.

Musikfest is organized by ArtsQuest, a non-profit organization.

It's president and CEO, Kassie Hilgert, said Musikfest is the largest event at SteelStacks, which brings thousands to Bethlehem's downtown.

Hilgert said it was the most difficult decision she's made while at ArtsQuest is to hold Musikfest virtually.

Todd Pasini owns three restaurants on Main Street that get packed throughout Musikfest.

"This is one of the times of year that we look forward all year long. And to have that not available to us is going to be a big, big impact. Also, that it's coming on the heels of a three-month shutdown," said Pasini.

ArtsQuest said it didn't want to cancel Musikfest because it still wanted to pay the 80 artists that signed up.

"Even though they're virtual, that we can still find ways to support the local musicians and the different businesses that come out to Musikfest every year," said Christina Koorie from Easton.

Hilgert said they are allowing at least 10 Musikfest food vendors at SteelStacks during the virtual show, but those coming out must social distance.

"Provide opportunities for the small businesses that will be here on-site, especially the food businesses, to generate some revenue," said Hilgert.

Musikfest will be broadcast both virtually and on television. It is scheduled to run from July 31 to August 9.