DERRY TOWNSHIP — A judge in Montour County gave a woman a harsh penalty on Wednesday for shooting and killing her neighbor’s dog. Suzanne Thomas mus... 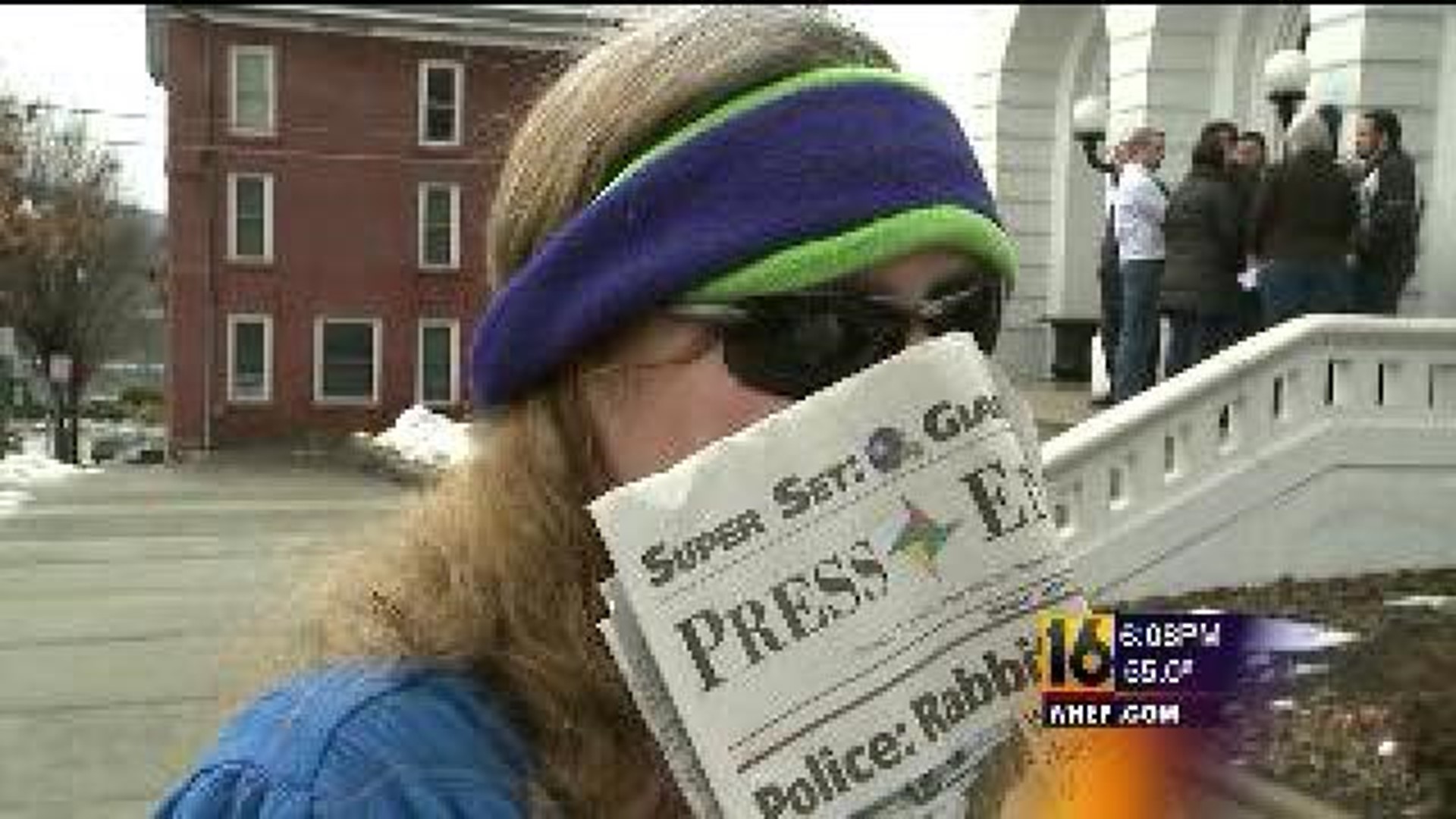 DERRY TOWNSHIP -- A judge in Montour County gave a woman a harsh penalty on Wednesday for shooting and killing her neighbor's dog.

Suzanne Thomas must spend between 45 days and 18 months in jail for shooting and killing her neighbor's dog in 2012 near Danville. The dog's owners believe this sets an example for animal cruelty. Thomas believes she should have gotten probation instead.

"All I did was save my rabbits. He didn't even care about my rabbits," said Thomas.

Suzanne Thomas, 57, of the Danville area hid behind a newspaper with an article about herself on the front page as she walked out of the Montour County Courthouse. She said she was justified last January when she shot and killed a Yellow Lab named Georgia.

"These dogs came on my property, scaled my four-foot fence and killed my rabbits," said Thomas.

Thomas admitted to tying Georgia to a tree last January on her property near Danville, and shooting the dog three times in the head. Thomas said the dog was vicious and killed one of her pet rabbits. The dog's owners said Georgia was anything but vicious, and called her a family member.

"The dogs are always around. They're always playing with my kids. If I had any inkling the dogs were vicious my kids wouldn't be around them," said Astin White.

"She was always on my lap in the house and on my lazy boy chair. She was a wonderful dog," said James White.

Thomas was sentenced to 45 days to 18 months in jail. She must also pay restitution and do community service.

The judge sentenced Suzanne Thomas within what is known as the aggravated sentencing range. He told her, "Shooting the dog under these circumstances is downright cruel."

"This sets a precedent for people who do things like this. Too many times, people get let off with just a slap on the wrist," said Astin.

"I really hope she realizes you don't just go around tying dogs to trees and then shooting them," said James.

Thomas and the Whites are still neighbors, but no longer speak to each other.

"I didn't know it was his pet, or I would have walked up to his house and given it to him. Those people didn't care. They left the dog loose and didn't care," said Thomas.

The judge in Montour County also told Suzanne Thomas what she did was mean to the dog and mean to the dog's family. She must report to jail by Monday.