DANVILLE, Pa. — Students at Danville Middle School painted, cut, and glued Christmas decorations during their art class on Thursday, but these ornaments a... 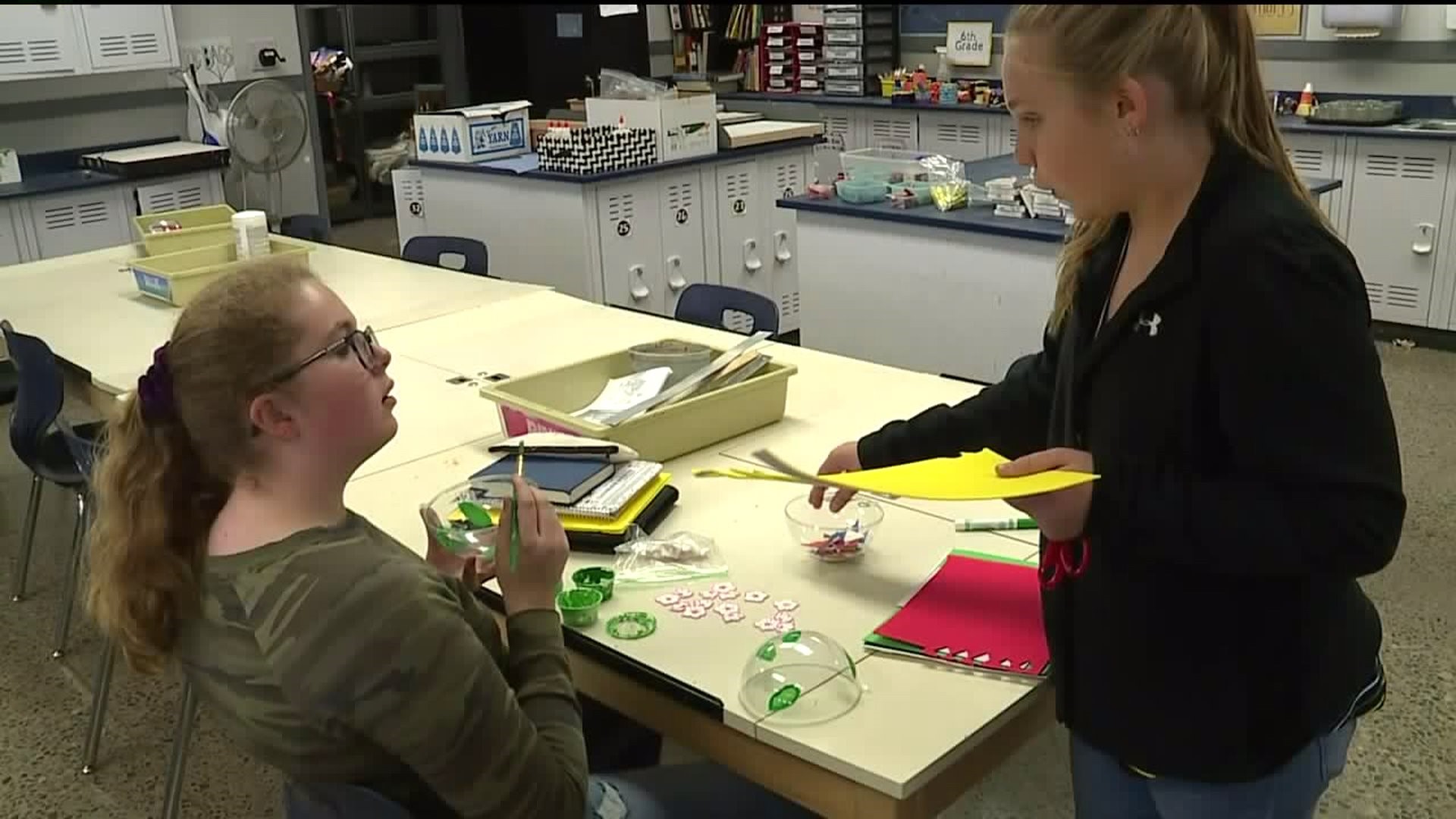 DANVILLE, Pa. -- Students at Danville Middle School painted, cut, and glued Christmas decorations during their art class on Thursday, but these ornaments are not going home with them. They are going to Washington D.C. The ornaments will hang on a tree representing Pennsylvania outside the White House.

"We have some kids who are doing the state flower, state animal, birds, and then we have others who are focusing on uniquely personal Pennsylvania items," art teacher Megan Heistand explained.

The ornaments will go on one of 56 smaller trees surrounding the National Christmas Tree. The trees represent each state, territory, and the District of Columbia. They are decorated by 56 schools across the nation.

"So much of an honor," Heistand said. "We're so excited and we're working to get there for the tree lighting, which I think will make this really special for the kids."

The school was sent 24 clear plastic globes that the students are decorating.

"I took magazines and I cut out the PA and I used mod podge to put them on the inside of the ornament," said seventh grader Marleigh Davis.

The National Tree lighting ceremony is December 5 and the ornaments will be on display starting then throughout the entire holiday season.