Sediment from eroding stream banks have been going into Sechler Run, so crews are stabilizing the stream bank. 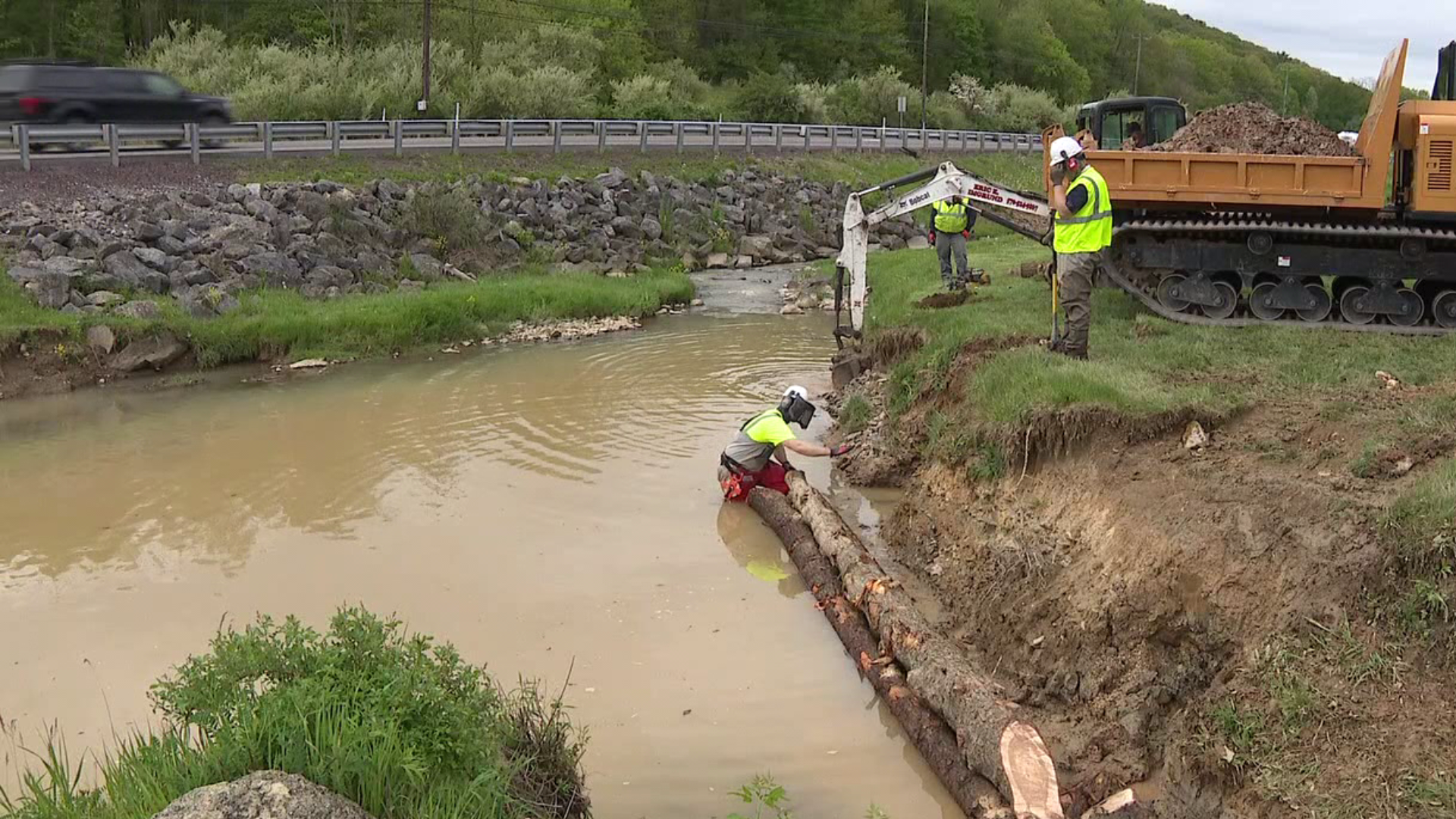 Sediment from eroding stream banks have been going into the water, so crews are stabilizing the stream bank.

"We're using log and rock structures to stop that erosion. That will stop the sediment from going into the stream and will improve the stream and all the waters downstream, Mahoning Creek as well as the river," Renee Carey said.

Renee Carey is the project's Manager and Executive Director for Northcentral Pennsylvania Conservancy.

She is working with DEP, the Fish and Boat Commission, and the Montour Conservation District to stabilize more than 1,000 feet of Sechler Run's stream bank.

"Trenches dug, logs will be sticking up, you'll be able to see rocks and things like that. Then we will go through and seed and spread straw and mulch down. Grass will grow back up, and you won't see the log and rock structures at all, but they'll be there doing their job," Carey said.

The project is on Geisinger's campus alongside Route 11.

"We strongly believe that the environment affects our health. We jumped right on board. We've got three guys down here working, we've supplied some equipment," Al Neuner said.

In about two weeks, around 400 native trees and shrubs will be planted right along here.

"That also helps long term stabilize the stream bank and provides shade over the stream, which is something else that fish and bugs need," Carey said.

Carey says the result will be better water quality.

"The water will have less sediment in it, which makes it a lot better for the fish and bugs," Carey said.

The project is expected to be finished in about two weeks.