Leon and Rosemary Krushinskie reached a big milestone on Wednesday: their 70th anniversary. 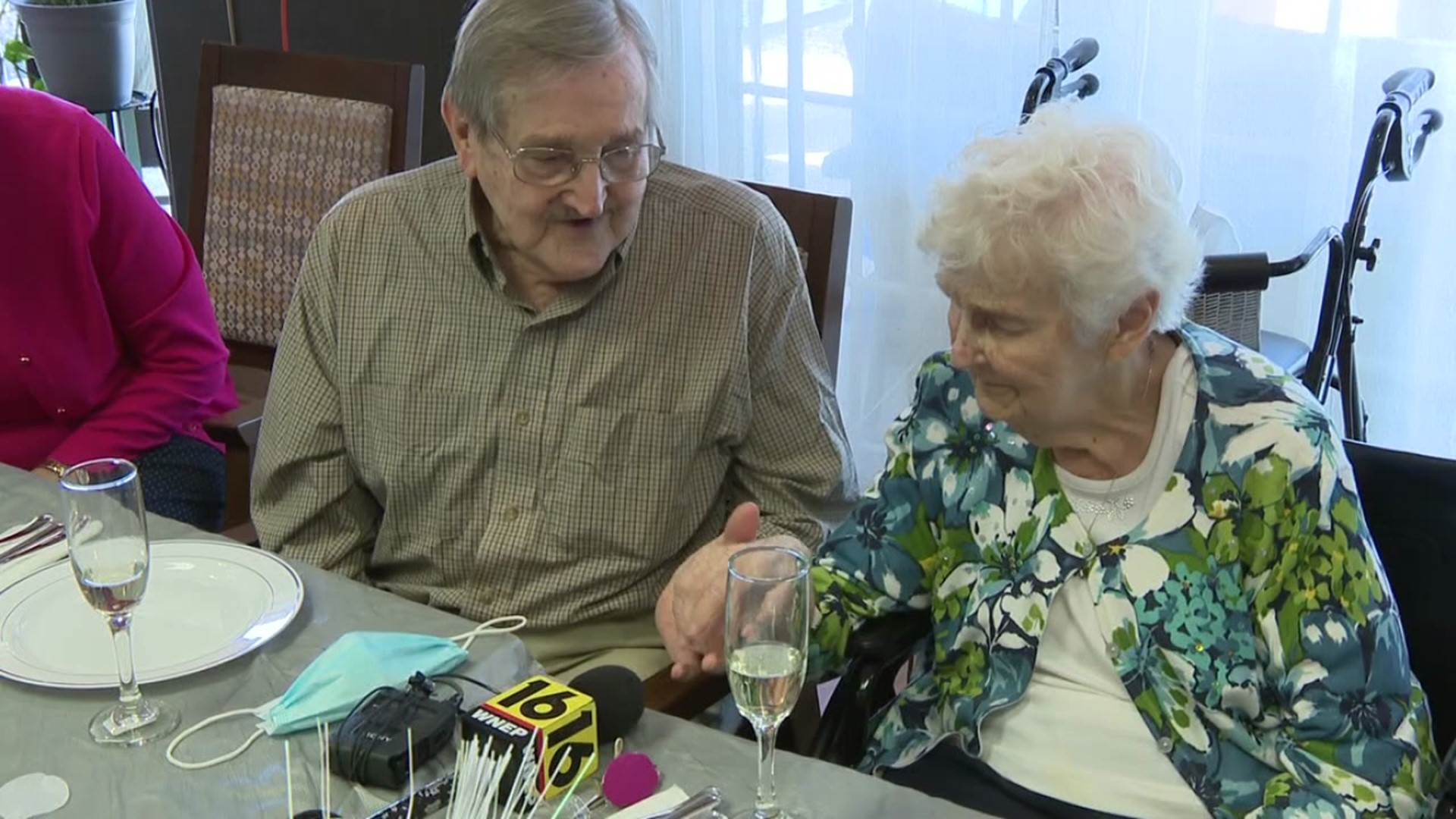 DANVILLE, Pa. — It was a surprise they did not see coming. Family and friends gathered at Vintage Knolls near Danville to celebrate Leon and Rosemary Krushinskie's 70th wedding anniversary.

"My cousin, I thought he was after her, but I ended up with her," Leon said.

The couple from Shamokin got married on April 7, 1951. Leon was in the Marines and wrote to his future mother-in-law asking for Rosemary's hand in marriage.

"They've been great role models. They've taught us the importance of faith and family. They're very giving, and they share so much of their lives with, not only their family but with other people," Debbie Snyder said.

Two years ago, Leon and Rosemary moved to Vintage Knolls, a senior living community near Danville.

"God is good. God gave us a strong life, and I'm pleased to be part of this life," Rosemary said.

The Krushinskies say after all these years, there are a few secrets to a long and happy marriage.

"Forgive and forget, didn't you say that? Sometimes you have to do that. And if you're raising children, make sure to get their cod liver oil every morning," Rosemary and Leon both said.

Newswatch 16 would like to wish Leon and Rosemary a happy anniversary and many more.