Bus Carrying Students Crashes on I-80

LIBERTY TOWNSHIP, Pa. — A bus full of students crashed on Interstate 80. The bus crashed around 6 a.m. Monday on the rest area ramp along I-80 east near D... 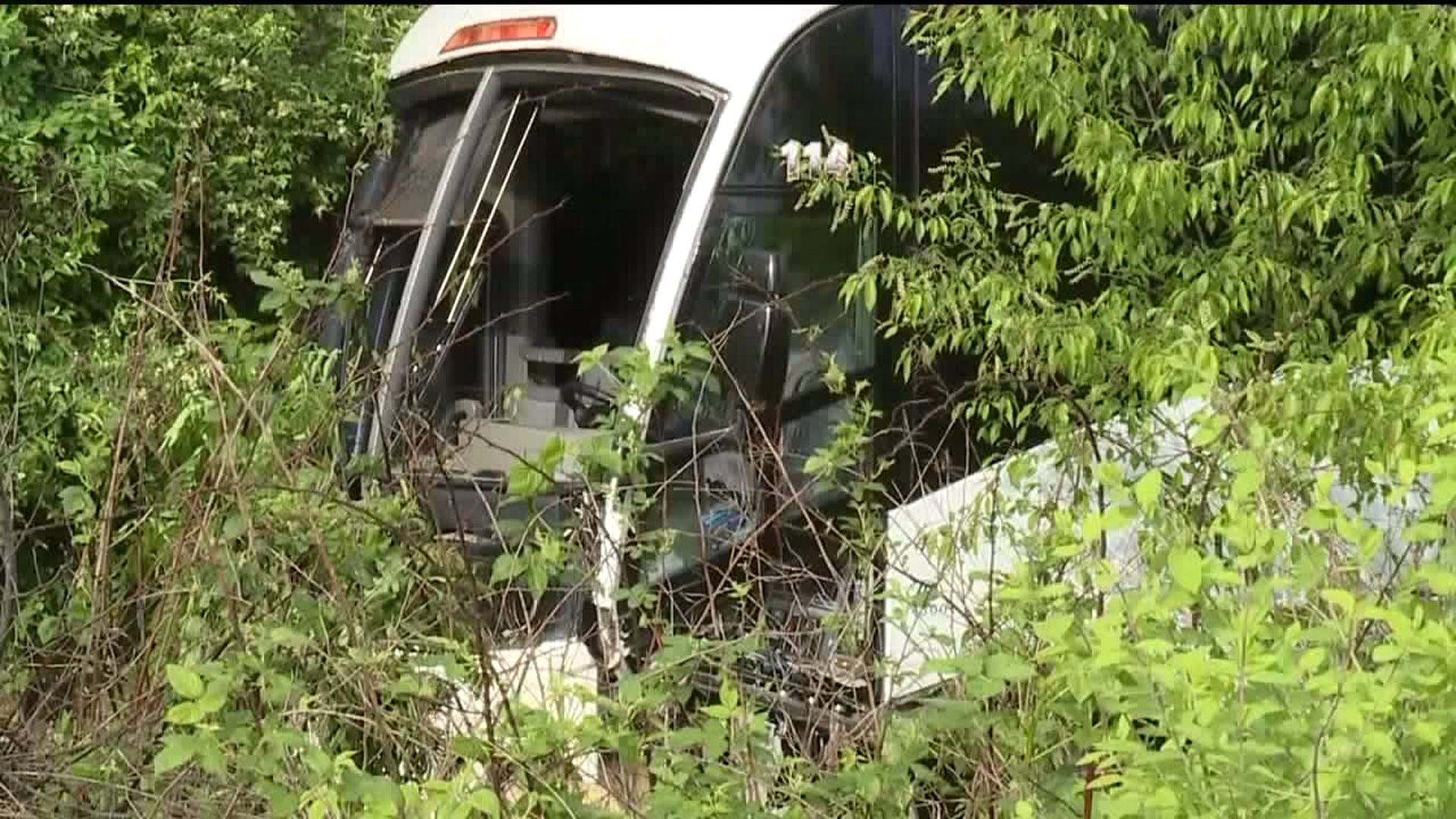 The bus crashed around 6 a.m. Monday on the rest area ramp along I-80 east near Danville.

According to Geisinger officials, there were 32 people on the bus, including 28 high school students, three adults, and the driver.

Marissa Sheeter, Meghan Ream, and 26 of their classmates were about to go on the trip they've been waiting for all year: their senior class trip to New York City.

"The statue of liberty. We were going to eat lunch on Ellis Island. We had a lot planned."

But the group from Delphos Jefferson High School in western Ohio never made it to New York City. Instead, their charter bus crashed on Interstate 80 early Monday morning.

"We started going off the road, and we weren't slowing down. We were hitting all this stuff and bouncing around, and then we finally stopped and it started smoking," said Sheeter.

"We went off to the right-hand side and hit a light pole and just flew into the ditch," said Ream.

Students helped each other climb through the windows of the bus.

"It was like a 10-foot jump out of the bus. They were standing on the tires catching us," Ream recalled.

All 32 people on the bus were taken to Geisinger Medical Center near Danville. 16 of them had minor injuries.

"You would consider this a mass casualty with the exception that we didn't have any bad injuries this time. We were very lucky," explained Stephanie Gryboski, director of emergency management at Geisinger.

Gryboski tells Newswatch 16 employees train for events like this where they get an influx of patients.

Geisinger provided the group with food, clothing, and accommodations until their families were able to pick them up.

"We have them doing board games. They're watching a movie right now. They're actually getting lunch. They've been fed breakfast already," Gryboski said.

While they never made it to New York City, the students still believe they are lucky.

They even documented the experience by taking a class picture in Geisinger's serenity garden.

"Therapy dog, it was awesome. They had basketball, sports, video games. They had iPads. They brought coloring things for us to take along for our rides," Ream said.

One adult was admitted to the hospital in fair condition. Everyone else was treated and released to their parents who drove to Geisinger from Ohio.

The bus driver told state police he tried to get off at the rest stop and went off the road and down the 40-foot drop. The driver was cited for failure to drive within a single lane.