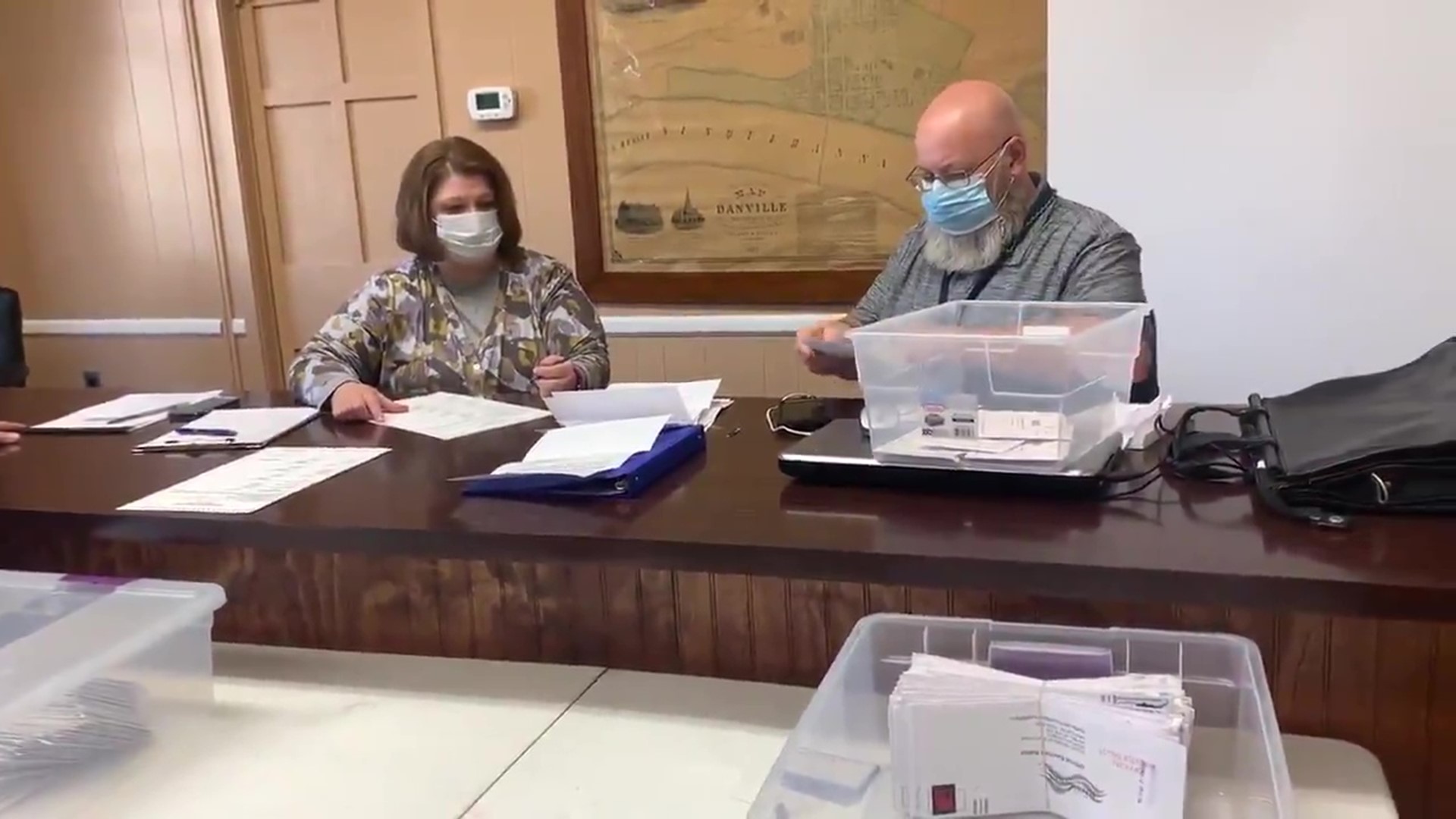 DANVILLE, Pa. — It was a busy day at the Montour County Courthouse as four teams counted more than 3,000 mail-in ballots. Montour is one of several counties in Pennsylvania that did not start counting mail-in ballots until after Election Day.

"By doing this methodically, we're making sure that the Montour County count is accurate and complete and 100 percent accurate," Montour County Commissioner Ken Holdren said.

Commissioner Holdren took Newswatch 16 behind the scenes as these votes were counted. The process started at 9 a,m. The teams separated, validated, and then scanned the ballots.

"As each precinct gets done today, we will run it through the tabulation," Holdren said.

Montour County got some flack from state election officials for not counting mail-in ballots on Election Day. But Holdren says they had good reason.

Small space and limited staff were some of the reasons election officials waited until Wednesday to count the mail-in ballots. There are more than 14,000 registered voters in Montour County, and Holdren estimates around 70 percent turned out to vote.

"We're proud. We've got a number of precincts that are well into the 80 percent of registered voters voted, which is phenomenal," Holdren said.

But even after all the mail-in ballots are counted, it's not over.

"We had 87 provisional ballots. Those will be reviewed one by one tomorrow. So today is count the mail-in, tomorrow is examine every provisional," Holdren said.

RELATED: When will PA election results be counted? Here's what we know