‘I get to talk about miracles’ – Miss Pennsylvania Visits Young Patients

JANET WEIS CHILDREN’S HOSPITAL — It’s no fun being in the hospital, especially when you’re a child. Kids at Janet Weis Children’s ... 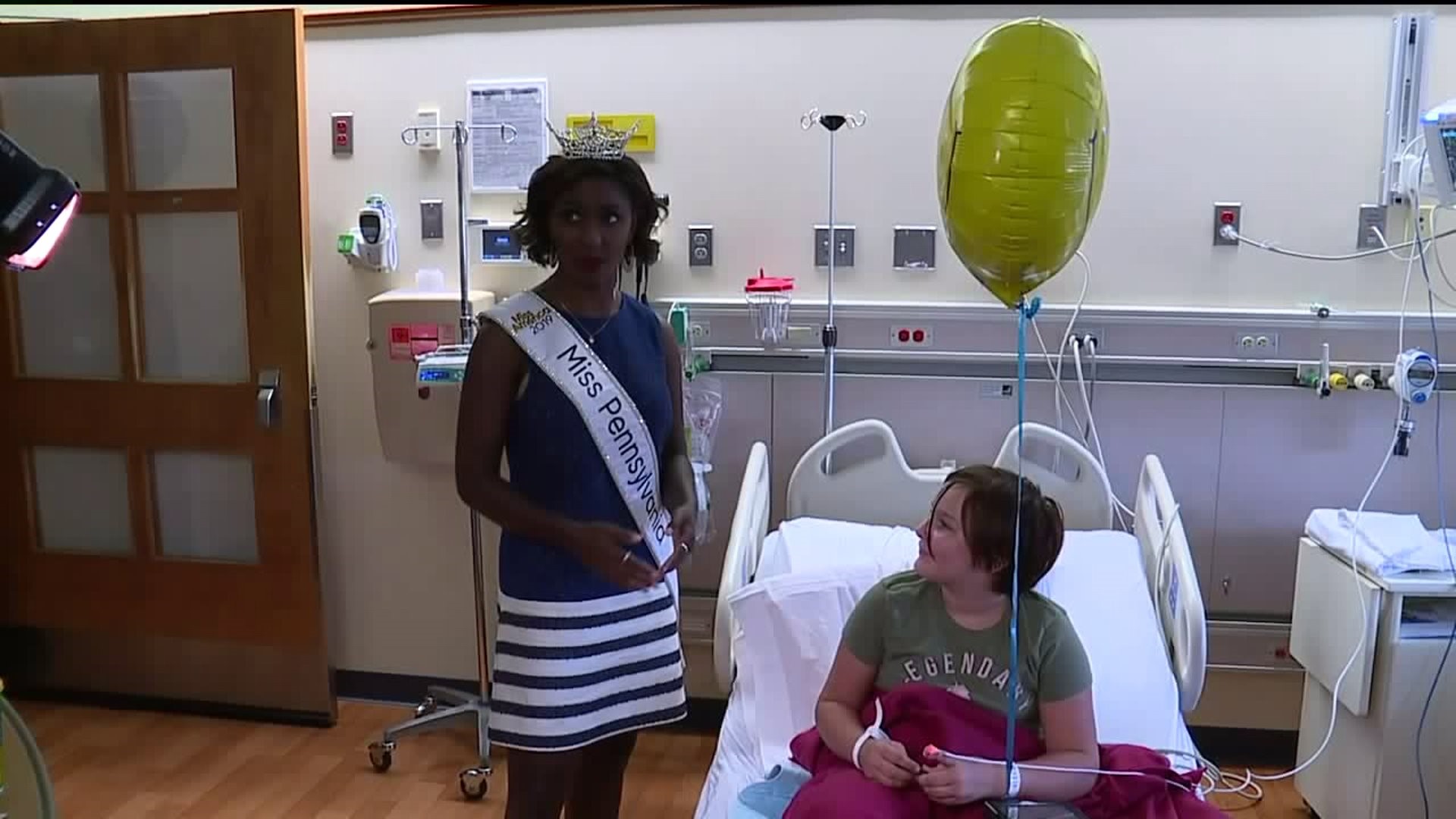 JANET WEIS CHILDREN'S HOSPITAL -- It's no fun being in the hospital, especially when you're a child. Kids at Janet Weis Children's Hospital got a special visitor on Tuesday. A visit from Miss Pennsylvania brought smiles and laughs.

The oncology floor at Janet Weis Children's Hospital in Montour County is a place people hope they never have to go, but some children spend a lot of time there. On this day, they got a visit from Miss Pennsylvania.

Tiffany Seitz is from the Pittsburgh area and was crowned Miss Pennsylvania in June. She spent the day meeting some of her youngest fans.

Visiting hospitals is something that's important to Tiffany because she spent a lot of time in one when she was a baby. Tiffany was born addicted to cocaine and was given a two-week life expectancy. She grew up in foster care.

"I love the fact that I get to talk about miracles, and I get to share with so many kids who are their own walking miracle as well," she said.

During her visit, Tiffany spoke with the children and even let Hope Mickels of Tunkhannock try on her crown and sash.

"We were playing dress up for a little bit, and she asked me how school was," Hope said.

"Usually when I'm in the hospital, I usually see lots of dogs but now seeing a famous person is cool," said Katelyn Herman from Newport.

"I like ballgowns. I want to be a princess when I get older."

Tiffany Seitz will compete in the Miss America Pageant on December 19 and her new fans will be watching.