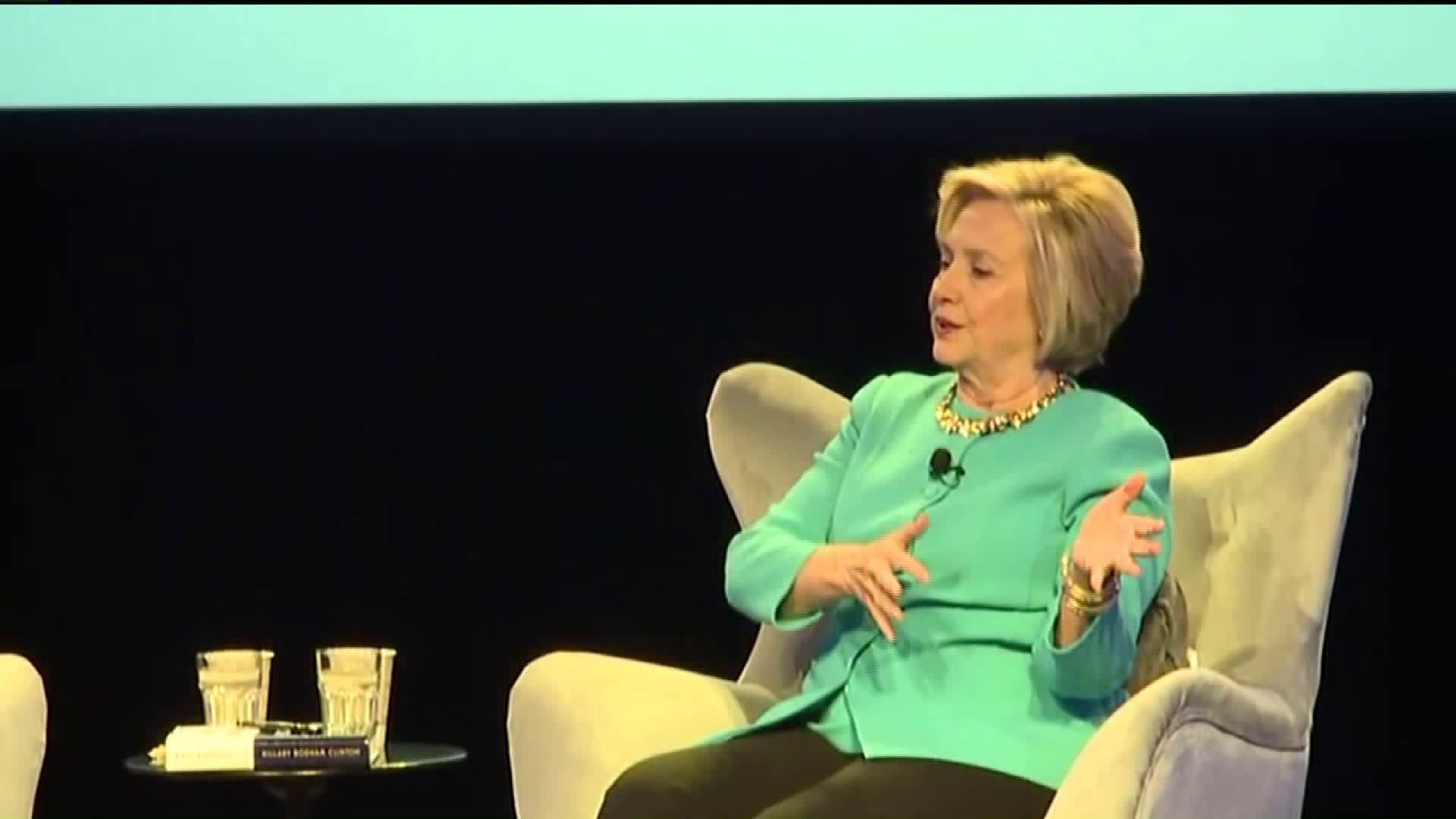 Walking on stage with a broken foot, Hillary Clinton was welcomed to the Danville area.

Clinton was the keynote speaker at Geisinger's National Health Symposium, which brought together medical professionals from all over the country.

Instead of being just a speaker, Clinton and Geisinger president/CEO Dr. David Feinberg sat on stage and had a chat about health care. Clinton spent a lot of time talking about universal health care.

"We should try to be figuring out how to cover everybody at an affordable cost and get better results," Clinton said.

The former Democratic presidential nominee also discussed the opioid epidemic and health care for women and children. Clinton is disappointed Congress has not reauthorized funding for the CHIP program.

"There's got to be a better way of expressing, explaining, and convincing women and men to take some of these steps to get help for themselves and their families."

"We have about 250 people coming in from outside of Geisinger from 20 states, one from outside the country," said Nancy Lawton-Kluck, Geisinger chief philanthropy officer.

Geisinger tells Newswatch 16 the idea is simple. It's a national conversation about how to make health care better. Speakers from all over the country are in the Danville area.

"To be able to bring all this stuff to northeast Pennsylvania, but to also share Geisinger's vision and innovation with the rest of the country," said Dr. Ronald Strony, Geisinger emergency medicine.

Clinton is the keynote speaker. She gave her concession speech to Donald Trump exactly one year ago.

Clinton discussed her husband, former President Bill Clinton's health issues and how he turned around his diet.

"He eats plant-based and I don't," Clinton said. "We do our best to try to get our husbands, our fathers, our sons into regular medical care but it's a challenge."

Some people in the crowd tell Newswatch 16 they enjoyed the speech.

"She was really knowledgeable in how to get to the core of both medicine and politics," said Kaitlin Sweeney.

"Of all the people, she's probably had one of the careers in dedicating herself to health and health care," Lawton-Kluck said.

The symposium's theme is, "from crisis to cure: revitalizing America's health care." but much of the focus is on the opioid epidemic.

Instead of just speeches, the speakers have conversations with the invitation-only crowd to make it personal.

"The concept of bringing all of these folks together in the same room and having these conversations together," Dr. Strony said.