GEISINGER MEDICAL CENTER — One man was able to come back and say thank you to the first responders whose quick thinking saved his life. Robert Visnosky wa... 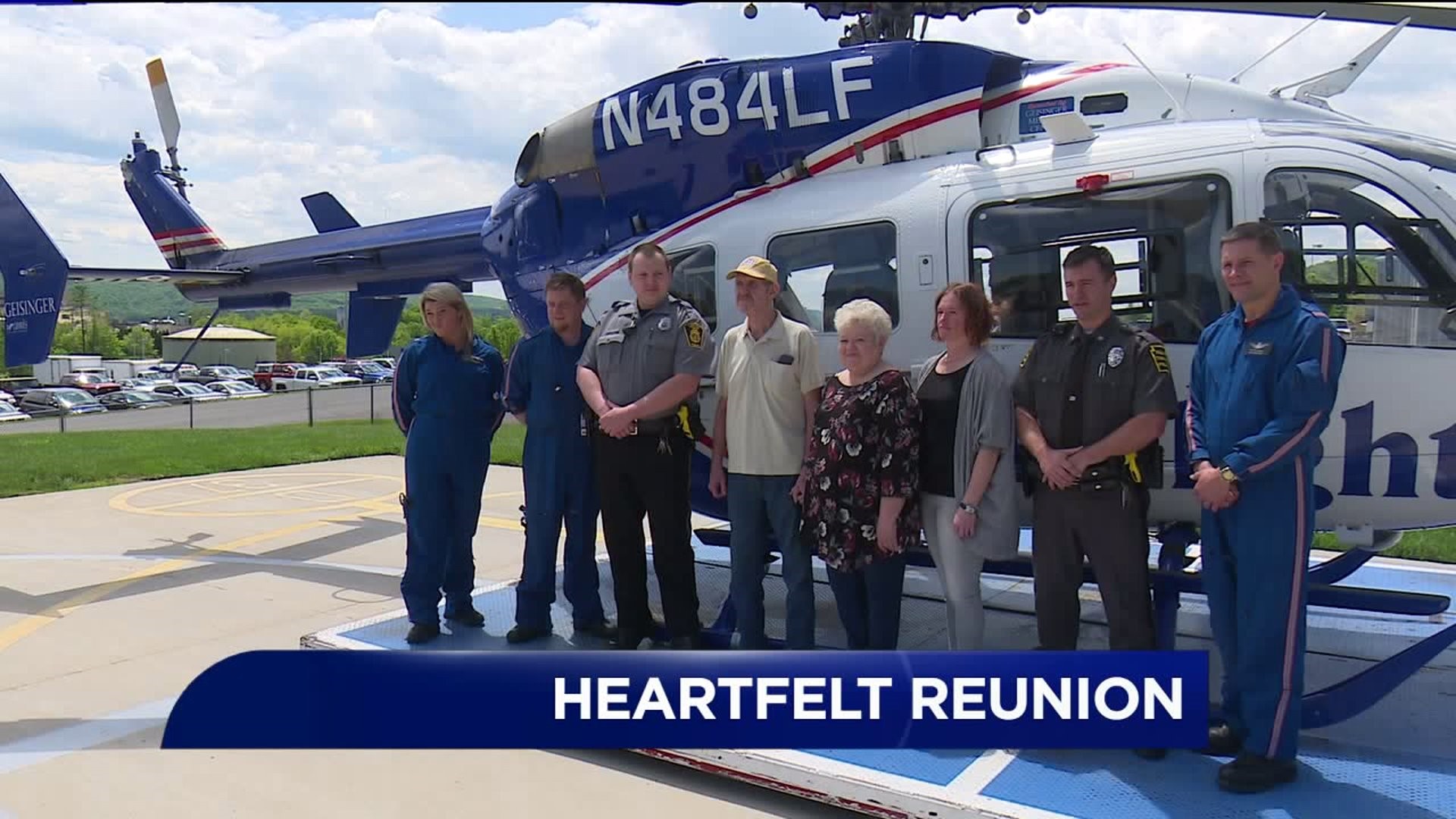 GEISINGER MEDICAL CENTER -- One man was able to come back and say thank you to the first responders whose quick thinking saved his life.

Robert Visnosky was thankful he was able to stand next to his family and emergency crews at Geisinger Medical Center near Danville.

He suffered a massive heart attack in March. Now recovered, Visnosky wanted to personally say thank you to those he says gave him his life back.

"I thanked them all for the broken ribs, my wife, the police officers, the EMTs from Elysburg, and LifeFlight," Visnosky said.

Visnoksy had a heart attack at his home in Columbia County. Officers Devan Defrain and Steve Spade used CPR and an AED machine to stabilize him. A LifeFlight team soon picked him up and took Visnosky to Geisinger Medical Center.

"I have been on several helicopter rides when I was in the service. I am just sorry I didn't get to enjoy this one, but this one was the most important," Visnosky said.

Those who helped save his life say this is part of their job, but it is nice to get a thank you.

"Pretty awesome, nothing I have never experienced before, and to be able to meet him and see he is doing well is a pretty good feeling," said Locust Township Police Officer Devan Defrain

"Meeting patients afterwards is just great, to hear their stories and how he is doing now. He is a small number in a statistic, but it is nice to meet him and his family. They are great," said Tyffanny Cavanaugh, a Geisinger LifeFlight member.

Visnosky plans to spend time with his family as he continues on the road to recovery.