LIBERTY TOWNSHIP — While driving along Interstate 80, cars and tractor trailers share the roadway. “It makes me a little nervous,” Brenda Russ... 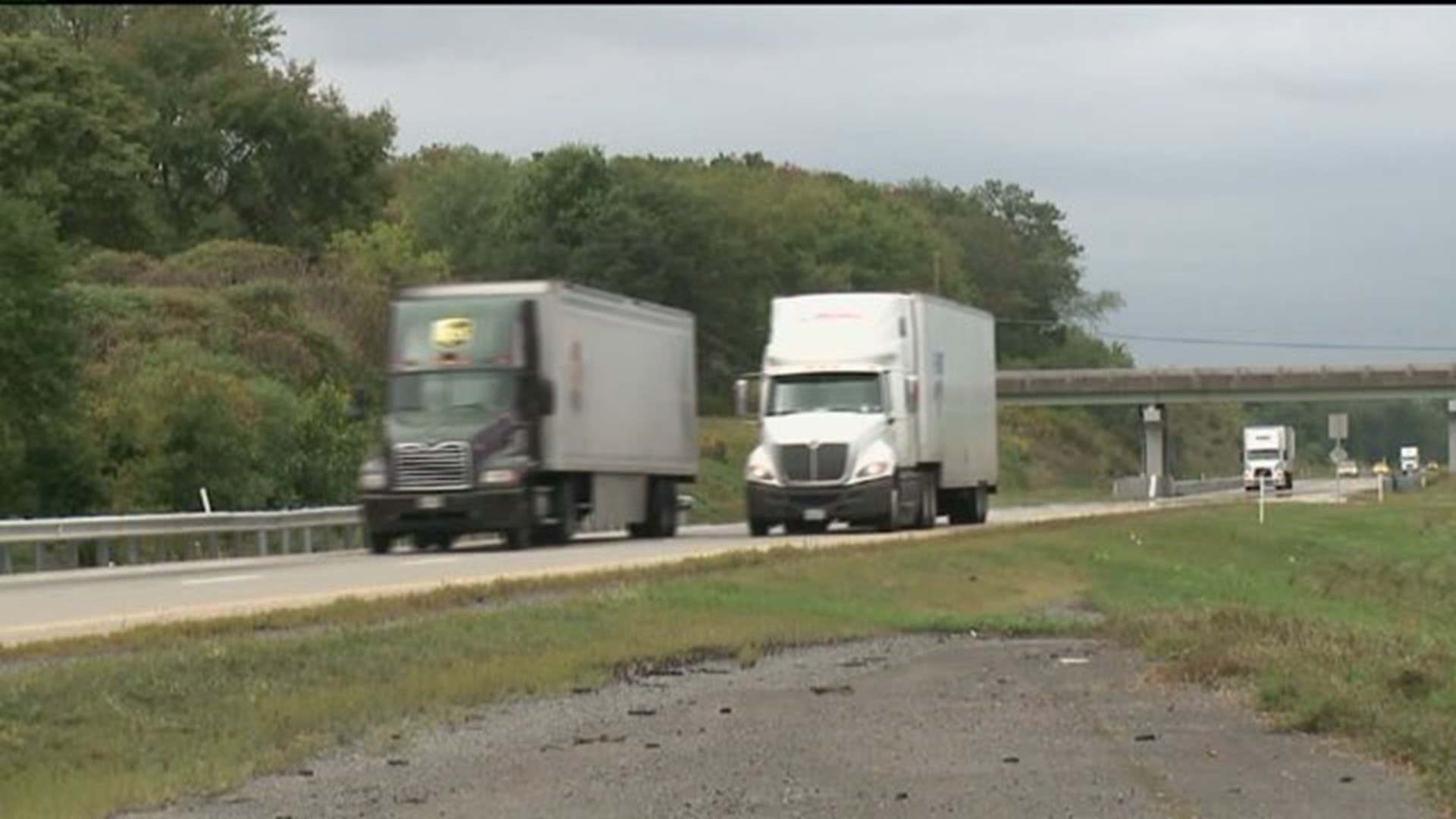 LIBERTY TOWNSHIP -- While driving along Interstate 80, cars and tractor trailers share the roadway.

"It makes me a little nervous," Brenda Russell said.

But recently Pennsylvania added a law into its vehicle code that could make drivers a little less nervous. Commercial truck drivers are no longer allowed to use hand-held cell phones while driving.

The law went into effect nationally in 2012, but Pennsylvania added it to its traffic code on August 29.

Tractor trailer drivers Newswatch 16 spoke with, like Tom Gula of Freeland, agree with the law.

"I think it's a good thing. I mean, driving down the road, texting and talking on the phone is a bad thing. It takes everything off your mind," Gula said.

Harry Pitts of Nashville, Tennessee uses a hands-free device if he needs to talk on the phone. But both truck drivers say they aren't the ones to blame when it comes to this issue.

"I see everybody. Little girls texting, driving, foot up on the dash," Gula said.

"What can you do? Nothing. All you can do is be careful and make sure you don't run over top of them," Pitts said.

Some people we spoke with who drive smaller vehicles say they're relieved to hear that truck drivers are no longer allowed to use hand-held cell phone devices while driving. They say it makes them feel safer on the roads.

"I think that's good. That way they pay more attention to what's going on in their surroundings and it makes you feel more comfortable," Russell said.

"If you're watching a movie at home and the phone rings, you miss the end of your movie because you think you're watching it but you're not. And that's the same way when you're driving," Lyle Proper said.

PennDOT says commercial truck drivers are allowed to use hand-held cell phones only if there is an emergency.