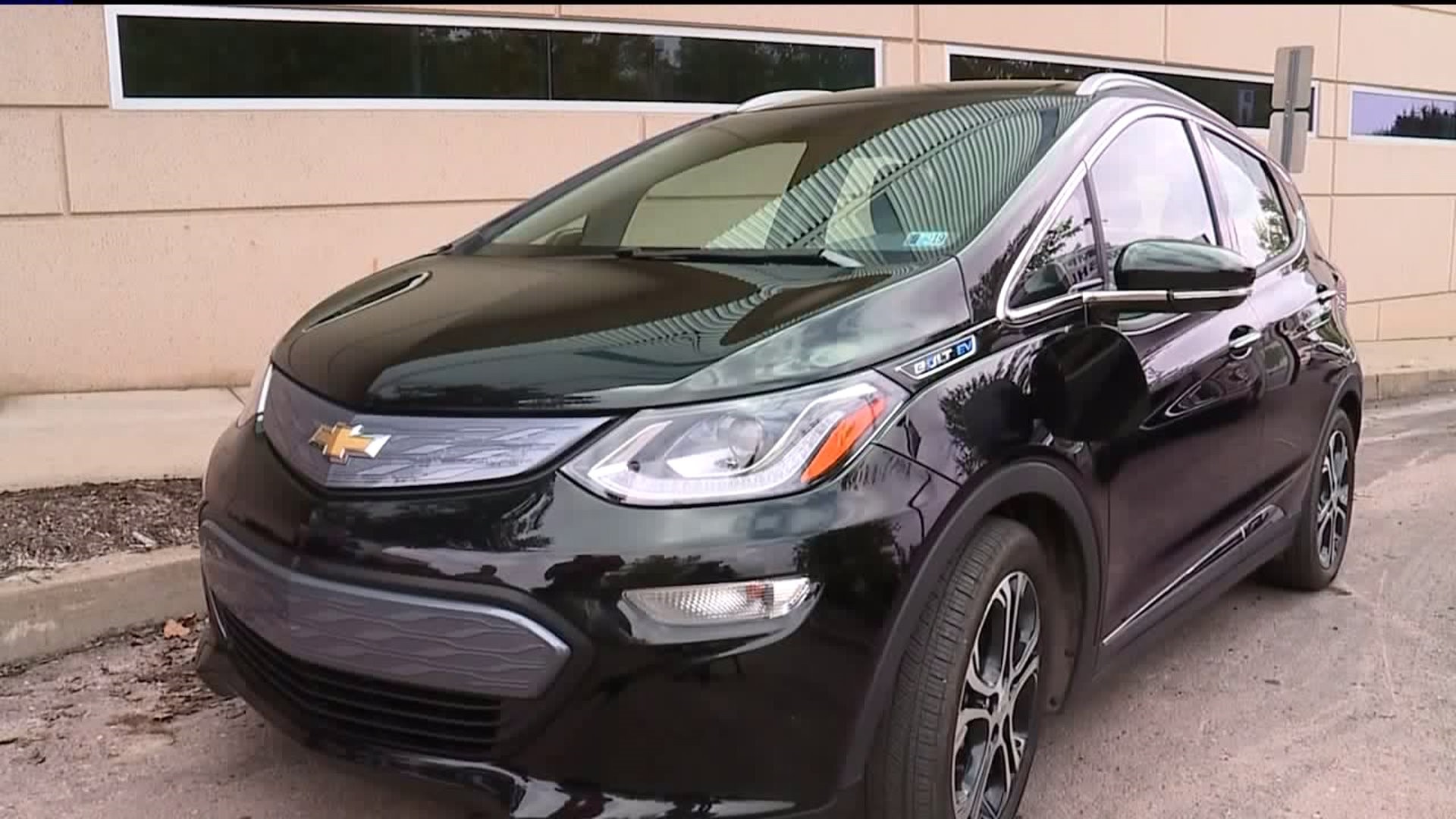 The Chevy Bolts at Geisinger's Danville campus look like your average car, but they are not. They're electric. According to Geisinger, the future of medicine meets the future of transportation.

"The ability to make convenient, reliable transportation available to get people to and from appointments I think is a big driver in helping people be healthier," said Michael Ableson.

Ableson is vice president of electric vehicle charging for General Motors. He spoke to employees at Geisinger about the impact changing transportation could have on health care. Geisinger and GM are involved in a joint program allowing Geisinger employees to test drive electric cars.

Todd Merriett is one of 260 Geisinger employees who got to drive the electric cars. Merriett put his name into the lottery and was picked out of more than 1,500 employees. He drove the Chevy Bolt for one week and liked it.

"It kind of matches what you would expect from a car and also it is more environmentally friendly," said Merriett.

Employees take a survey before and after the experience on how they feel about electric vehicles.

"Then they get a report about a week later about what their driving habits were with the electric car and compare it to how they drive their normal car and the difference in cost," explained Geisinger CEO Matt Walsh.

Ableson also discussed self-driving electric vehicles which he calls the future of transportation.