Contractors tearing down a former bar in Montour County got a lot more than they bargained for. They found a log cabin dating back to the 1700s. 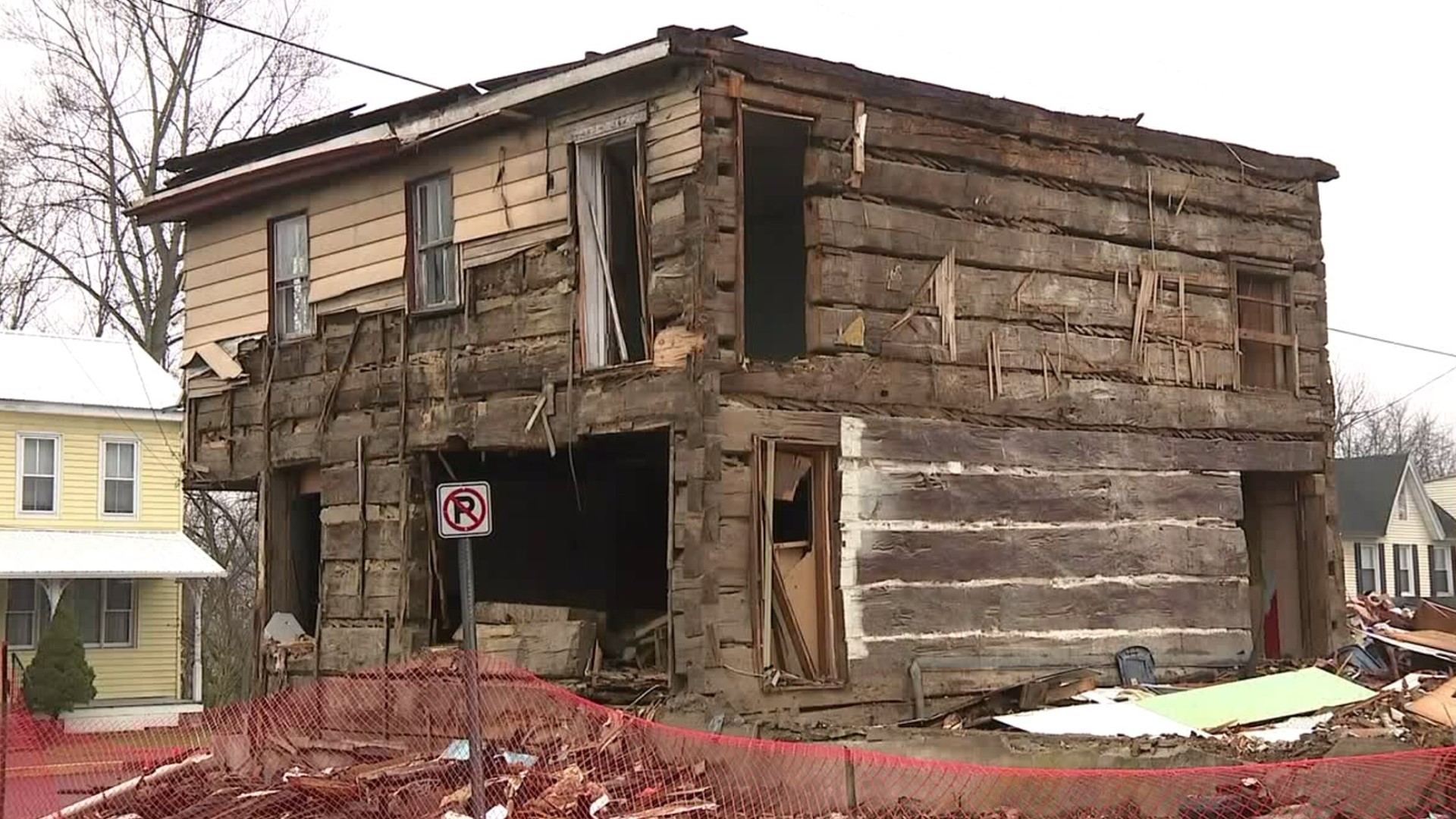 WASHINGTONVILLE, Pa. — Borough officials in Washingtonville are cracking down on blighted properties. One of the first to go was a former bar at the corner of Water and Front Streets. It was condemned more than three years ago. Contractors recently started tearing it down and were in for a surprise.

"After our demolition contractor started pulling the outsides of the building off, discovered there was a log cabin in there," said council president Frank Dombroski.

Dombroski estimates the log cabin has been here since the 1700s. Borough officials met with a contractor to discuss the cabin.

Dombroski said the borough plans to do everything in its power to preserve the log cabin.

Now, with seeing what we've uncovered here, part of our history, we have to do everything we possibly can to salvage it," Dombroski added.

"I think it's incredible," resident Billy Culp said. "I think it's neat to see what's going on in the history of our town. I hope we can find out more about it."

Until details can be ironed out, the cabin will stay where it is.